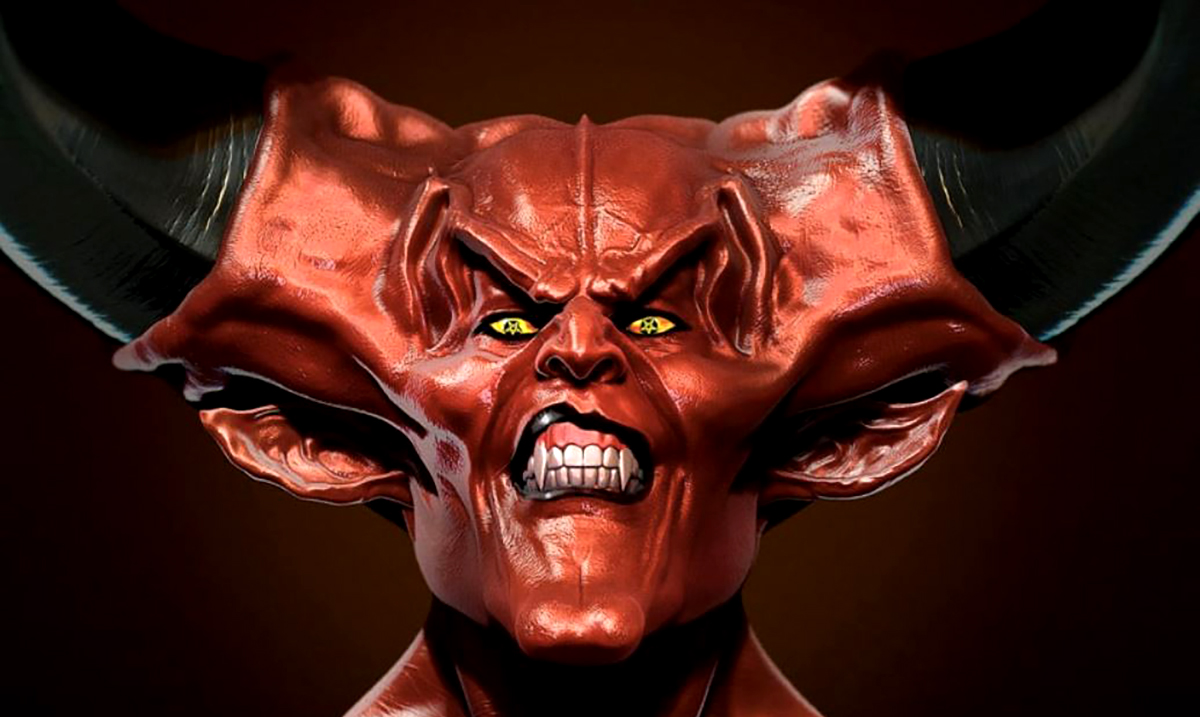 The Biggest Misconception In History: Satan Is Not The Ruler Of Hell, He Is Its First Prisoner

While the world of Christianity has for quite some time seemed to push that Satan is the ‘Ruler of Hell’ it seems biblically that might not be the case. Could this be one of the many things within the Bible that we as humans are misinterpreting?

Because of verses from the book of Isaiah many Christians believe that the Devil was once a very beautiful angel named Lucifer who was cast out of Heaven for defying God. While many believe the name Lucifer is not his actual name but more-so a description as it means ‘morning star,’ many refer to him as Lucifer. If you grew up in a Christian household or even just in the US regardless of your religious background you most likely know that Satan/Lucifer/The Devil is, according to a lot of Christians, supposed to be the ‘ruler of Hell.’

His reign over Hell, however, is not something we are as sure of as we should be. We throughout the years have seen lots of depictions of Satan on a throne ruling over Hell as if he is something ‘high and mighty’ but is he? According to Apologetics Press Satan is not the ruler of Hell at all. They even go so far as to say if you interpret script properly you will see that he doesn’t “even have the power to cast or drag anyone into Hell.”

Apologetics Press actually wrote as follows on the topic on their website:

In fact, when we read about Satan’s ultimate end, we see that God is the Being who will cast Satan, also called the devil, into the “lake of fire and brimstone” (Revelation 20:2,10). Furthermore, the apostle Paul explained to the Christians in Rome that no “angels nor principalities nor powers” could separate them from the “love of God which is in Christ Jesus” (Romans 8:38-39). Those in Rome could choose to reject God of their own free will, but no power in existence, including Satan, could pluck them from God’s hand and cast them into hell.

In truth, God will cast Satan into hell at the end of time in the same way that He will cast all those who have lived unrighteously and rejected Him (Matthew 25:46; Revelation 20:15). There is no indication in the Bible that suggests that Satan will be “in charge” of hell any more than any other unfaithful creature of God. He will find no delight in his eternal second death, and he will not enjoy any type of authority or special privileges there. Jesus’ admonition to fear the one who can cast both the soul and the body into hell was designed to encourage His followers to rely on God, be strong in the face of persecution, and trust that as long as they are right with God, no force in the spiritual world has the power to harm them.

You might also be surprised to find that the idea of the Devil being red with horns and a goatee isn’t mentioned in the Bible at all, anywhere. We do not have any physical descriptions of him at all, period except for when he visits Eve as a snake (this even being a stretch). The ideas we have of what Lucifer looks like are based on whatever those who depicted them thought of as being ‘evil’ or ‘scary’ in the years before our own.

The more you dive into the world of these kinds of things the vaguer you will realize they are. What do you think about this? Have you ever taken the time to really read through the Bible and see what things were potentially being misinterpreted in modern times?