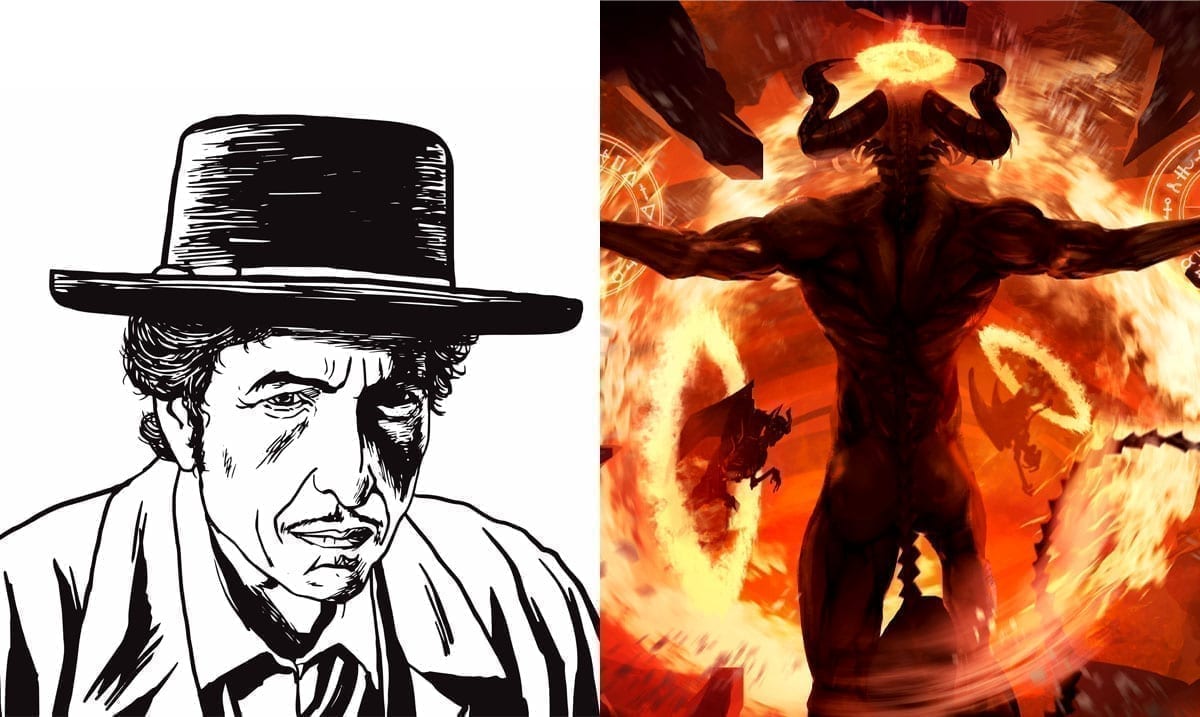 10 People Who ‘Sold Their Souls’ To The Devil

While we hear about different famous people in current times who have been accused of ‘selling their souls’ to the devil himself for their fame and fortunes that isn’t something ‘new.’ People have been accused of and making jokes about this kind of thing for many many years.

Actually, there are more people of the past who were thought to have sold their souls than you might expect. Below I am going to go over some of the more prominent names who were or are thought to have done this and what their stories are in regard. While some of them might sound a bit crazy, some people really do believe these things to be quite true.

10 People Who Have Allegedly Sold Their Souls ‘To The Devil’:

Yes, Led Zeppelin, this might be one of the only people in this list that most people today are going to be more familiar with and well, I’m sure you know why. Most people to do with Rock N Roll overall seem to have this devilish stigma surrounding them and Led Zeppelin is no exception. That being said, Jimmy Page who happens to be the guitarist from Led Zeppelin has stated before that he was interested in the occult from a young age. However, there is no real proof that anyone from Led Zeppelin actually worshiped the devil or anything of the sort.

This musician was a master violinist from the past, and he was able to do great things even from a young age. One of the biggest reasons why people seem to think or have thought that he may have had something to do with the Devil is because one of his more popular pieces of music is known as ‘Le Streghe” which translates to ‘Witches Dance.’ I know, that might not sound like much but back then, it didn’t take much for something like this to be assumed by others.

This amazing guitarist was present during the early 90s and a lot of people seem to think that he owes all of his skill to the devil or some kind of supernatural means. There is actually a story about him that suggests he met the Devil at a crossroads and from there the Devil himself taught him how to play guitar better than anyone else of that time period.

This historical figure is from a very long time ago like roughly 538 AD and happened to be a cleric in the Roman Catholic Church. He actually confessed to having made some kind of pact with the Devil and showed a bloody contract as his proof. He is said to have died as soon as the contract was burned and well, that in itself is quite mind-blowing, isn’t it? All in all, though, we don’t know what about this story as a whole is true if any of it.

In an interview from years back, Bob Dylan explained his success in an odd way. This led people to believe that there could be something sinister behind his success and well, you can assume where things went from there. If you want to hear this interview for yourself take a look below, sure it’s odd but make what you want of it.

Well, we already knew this one was coming, right? He’s already been crowned the prince of darkness and so much more the fact that people think he sold his soul to the Devil doesn’t come as much of a surprise. That being said, I personally don’t really believe this one. While he may be a bit odd, I think overall this man isn’t someone who has done something of that nature.

While not everyone knows who this is, he is a historical figure from the 1400s/1500s. While the idea that he sold his soul to the devil comes from a legend/story people seem to think it has some truth to it as he was an alchemist, astrologer, and magician. Sure, the idea that he did this is quite silly but considering the time I could see how some would assume this was the case, wouldn’t you agree?

This man was the leader of an occult group and a lot of people throughout the years have considered whether or not he himself made some kind of deal with the Devil. Whether or not he actually did that in itself is debatable. He had noted before that he struggled with self and that God and Satan had fought for his soul before and in the end, even he didn’t seem too sure about the outcome.

This man from the 1500s spent a lot of his life writing about the occult, and he mentions the Devil in his works a good bit. He himself has claimed to have given into the Devil before and well, that seems to suggest some kind of transaction or so people think. That being said, he did claim to also somehow find religion and ‘save his soul’ later on.

This man was a French Catholic Priest back in the 1600s and did a lot of exorcisms all on his own, that being said we now know that during these times people who were thought to be possessed were actually probably just sick people who needed proper medical help. However, things did not end in his favor as he was eventually burned at the stake because a group of nuns came forth claiming that they had been assaulted by him and that he had something to do with the devil. While there is a lot more to the story, it is a wild one.

While there are tons more people who were or are thought to have sold their souls to the Devil but these are some of the more interesting cases/situations. What do you think of this kind of thing? Do you think it’s actually possible to do something like this?

Faust: A History of Selling Your Soul to the Devil