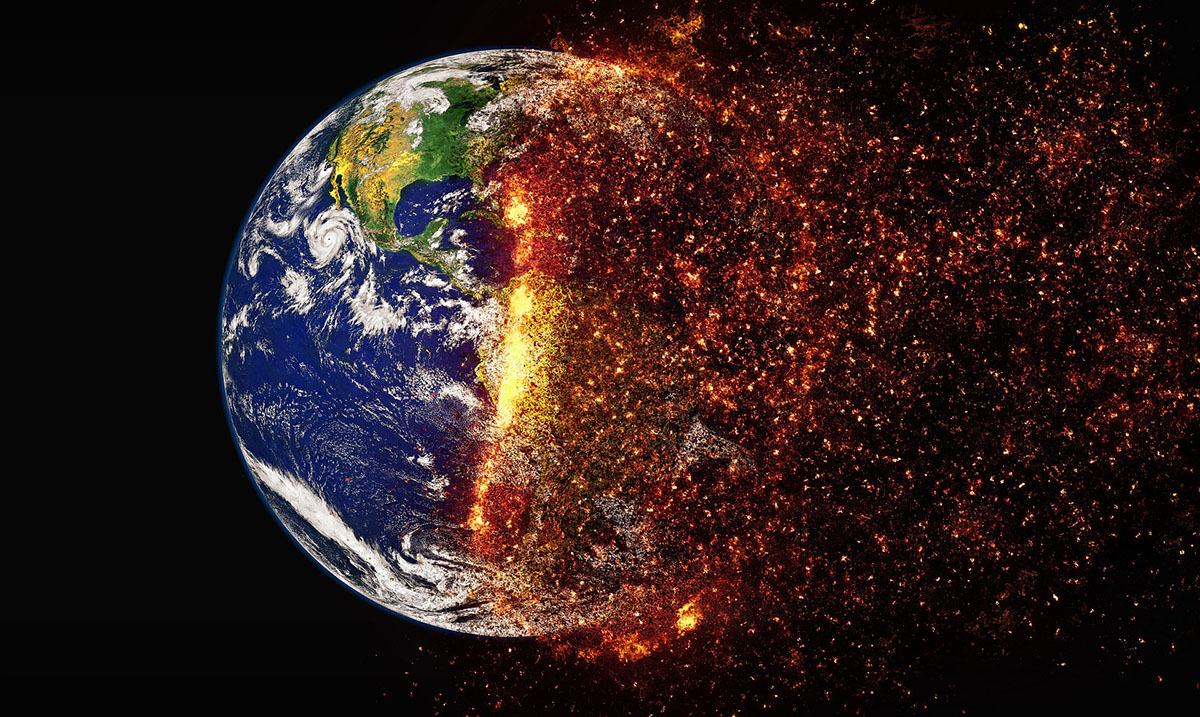 How Climate Change Is Damaging Our Health

By Elizabeth DeVille October 14, 2018 No Comments

Following the release of a concerning report from the UN Intergovernmental Panel on Climate Change (IPCC), discussions and debates regarding the impact of climate change on our lives have been at an all-time high. While some view this as a distant problem, with little personal impact to consider, many experts warn this couldn’t be further from the truth.

Not only should be concerned about the bigger picture, with the UN report stating that we have only 12 years to stop the increasing temperatures associated with climate change before we face serious consequences, climate change may also have a significant impact on our overall health and well-being. While this may sound a little far-fetched, the studies don’t lie! It is more important than ever to do our research and ensure that we are aware of the impact our actions have on climate change, the environment and, ultimately, our own lives.

Here are 8 ways that climate change may be affecting your health:

While the connection may be hard to understand for many, experts report that the change in climate we have been experiencing in recent years may actually have a significant impact on the mental health decline in the United States. In fact, a recent study suggests that climate change may even contribute to an increase in suicide rates. Researchers concluded that each increase of 1 degree Celsius in the average monthly temperature leads to a 0.68% increase in the country’s suicide rate. The report revealed that this could result in as many as 40,000 additional suicides in the United States and Mexico by 2050.

While the discussion of suicide may seem extreme, evidence reveals that the changes in climate change have been connected with an increase in the overall mental health struggles in this country. In fact, for every 1-degree increase over 5 years, the researchers concluded that the rate of mental health issues in the country would increase by approximately 2%.

When one is considering the increase in temperatures associated with climate change, rarely do we stop to consider the impact that this may have on our air quality. However, experts warn that this should be a serious consideration. Consider, for example, the estimated 50 million Americans that live with seasonal allergies. While this may sound like nothing more than an inconvenience, they can become incredibly dangerous, with serious side effects such as difficulty breathing. Research has shown that climate change has led to an increase in the number of weeks we experience ragweed pollen season, jumping from 1 week in 1995 to 3 ½ in 2015.

Furthermore, a 2011 report from the National Research Council revealed that for each 1 degree Celsius increase in temperature, we see an increase in wildfires of 400%! This, in turn, contributes to poor air quality as the fires release fine particulate matter into the sky. Not only is this potentially harmful over time to the average American, breathing in this air pollution on a regular basis, but it can pose an immediate threat to those already experiencing respiratory conditions such as those with asthma.

We live in a day and age where we are more aware than ever before that the quality of our food can have a profound impact on our overall health and well-being. It is for this reason that we see major fast-food chains introducing ‘healthier menus’, attempting to keep up with the increased consumer knowledge about healthy eating. However, experts have found that climate change may actually have an impact on the available supply of healthy foods.

Each crop has a set of optimal growing conditions, yielding greater and better-quality harvests. However, on the other end of the spectrum, there are also growing conditions that severely limit or completely restrict our ability to produce these foods. For example, the weather and temperatures we have been experiencing as a result of climate change have had a negative impact on avocado crops in recent years, leading to an increase in their costs. However, if this continues, a shortage of this ‘superfood’ may occur. Furthermore, these conditions also contribute to an increase in both food contamination and spoilage around the globe.

#4 – Increase in Disease-Carrying Ticks, Mosquitoes or Other Organisms

There are a number of life-threatening diseases that we have seen emerge in recent years, transmitted through by disease-carrying beings like ticks and mosquitoes. In fact, we have seen travel warnings issued, highlighting the areas where these diseases are most common. What do these areas have in common? They are hot, humid climates creating for optimal breeding grounds. What would happen, then, if climate change continues and our own climate increases to match these areas?

According to a 2017 report from the Medical Society Consortium on Climate and Health, diseases like West Nile virus and dengue fever may become more prevalent as the temperatures rise and conditions begin to encourage these bugs to take up residence here in the United States. This may have even been a contributing factor in the recent Zika virus outbreaks. Experts worry that major diseases like malaria may even reemerge here, after having been eliminated from the country by the 1950s.

If you aren’t worried about the potential increase in extreme weather events and disease, or the impact climate change may have on the world’s food supply, there is another potential risk to your safety and well-being worth consideration. Studies have shown that temperature has an impact on the rate of violent crimes including murder, rape, and assault. The greater the temperature, the more violent crimes are reported.

There are many theories for why this may occur. One, known as the General Aggression Model, states that as people feel more irritated, they are more likely to act in a violent or aggressive manner. Increased temperatures are associated with increased levels of discomfort and irritation, therefore leading to greater aggression.

#6 – Increase in Cases of Type 2 Diabetes

We are currently experiencing a global diabetes epidemic right now, leading scientists to research the potential causes for this increase. This was the basis for a 2017 study, exploring the potential connection between climate change and the worldwide increase of type 2 diabetes. While it is understood that calories consumption and obesity both significantly impact the rate of diabetes in the country, the study revealed they may not be the only factors worth consideration.

Within our body, we have different types of fat tissues, each with their own role in how our body functions. One such tissue, the brown fat tissue, works to burn fat and generate heat during colder weather while becoming less active when the temperature rises. However, when this fat becomes less active, researchers found that the rate of diabetes and insulin resistance rises. When climate change causes the overall temperatures to rise, this brown fat tissue is less active, meaning that the number of cases of type 2 diabetes will rise.

Not only does climate change lead to a shift in the overall temperature here in the United States, but it is also believed to contribute to the increase in major storms and significant rainfall that we have experienced in recent years. In the wake of storms like Hurricane Harvey and Hurricane Florence, experts are pointing at climate change to explain the number of extreme weather events hitting the area.

When these storms hit, they often bring heavy rain and flooding. This can lead to the mixing of stormwater and sewage, contaminating drinking water and spreading viruses and bacteria to the fields where crops are grown for food. In many cases, this contamination is then washed back into the ocean, where it continues to wreak havoc on our lives and local ecosystems. Ultimately, this will lead to an increase in bacterial and viral infections in people who reside in the area.

Arguably one of the most overlooked side effects of climate change, as the temperatures increase our productivity and ability to perform our regular daily duties will decrease. Why is this concerning? As we fail to maintain our due diligence and skill in these actions, we actually increase the risk to our safety and well-being. Take, for example, the operation of a vehicle. While this is an accepted part of our daily lives, it is also one that requires focus and effort to do so safely. This is why there are laws in place to prevent driving under the influence, as we require our full faculties while in the operation of a motor vehicle. Therefore, a decrease in this focus will lead to more accidents.

This statement coincides with the findings of a 2018 study which revealed that climate change ultimately results in an increase in fatal motor vehicle accidents and, surprisingly, a decrease in food safety. How does it impact the food that we consume? As the temperatures increase and our effectiveness at our daily tasks decreases, researchers discovered that the number of credible food safety inspections conducted by health officials also decreased. This, then, opened the door to unsafe food being made available to the general public.