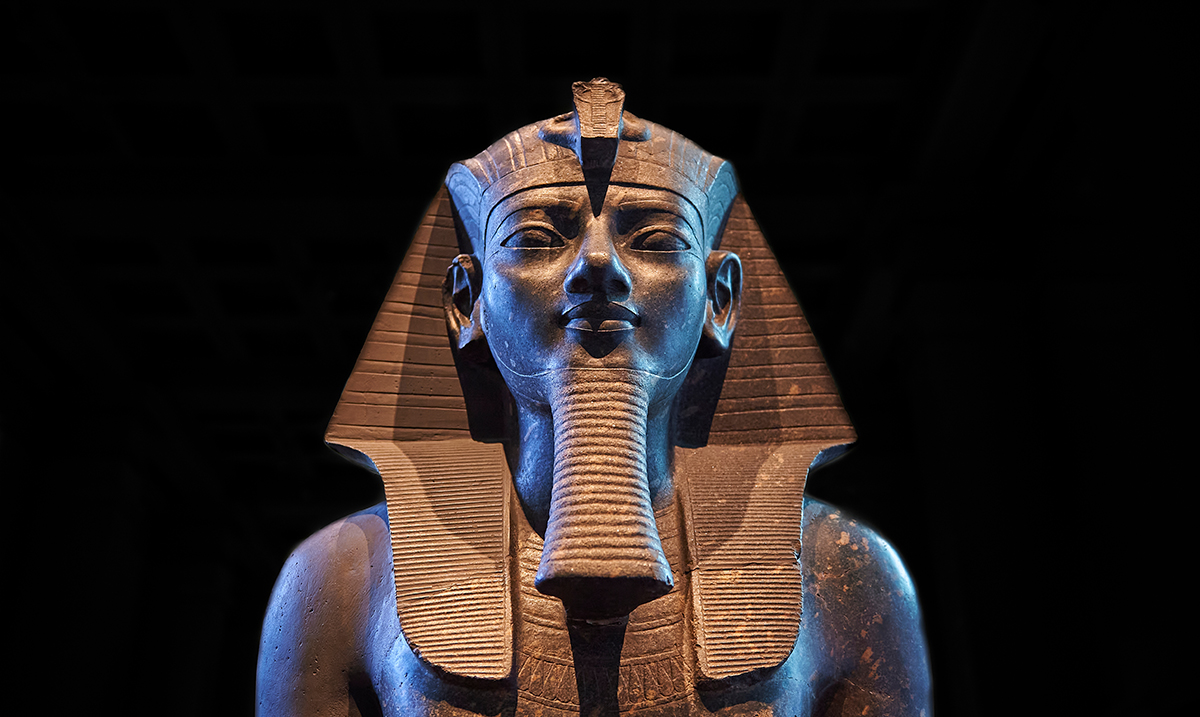 Your Personality According To The Egyptian Zodiac

We have all heard of Western astrology and the 12 signs of the zodiac. Dividing the year into 12 periods, each associated with a constellation that can be found in the area of the sky occupied by the sun at that time, each of these periods is referred to by the name of the constellation. When you ask someone what their ‘sign’ is, you are asking them which period the sun was in at the time of their birth – for example, Taurus, Sagittarius or Scorpio.

What most people don’t realize is that the Western zodiac that we are familiar with isn’t the only set of zodiac signs that have been created. In fact, the Egyptian zodiac, or the Dindera zodiac predates Western astrology, dating back to approximately 50 BCE. The calendar, as accepted by the Egyptians, was divided into ‘decans,’ each of which totaled 10 days. A full year included 36 decans, as well as an extra 5 days that were used as festivities.

While the Western zodiac divided the year into 12 separate zones, the Egyptian zodiac assigns 3 separate decans to each sign, totaling 30 days, but divided up among the year. This means that two people can be born at completely different times of the year, and still fall under the same sign. Similar to the Western zodiac, each sign is associated with a number of different personality traits. 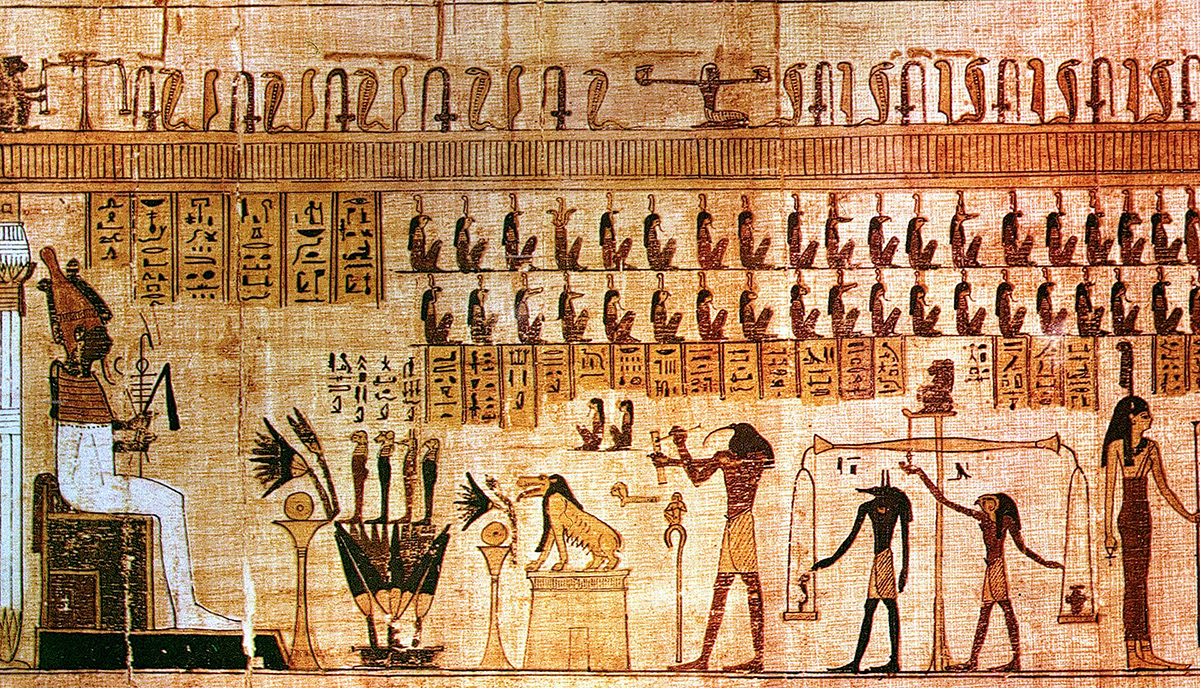 Interested to see what the Egyptian zodiac reveals about you? Read on:

Strong, independent and hardworking, there is nothing that those born under the sign of Amun-Ra can’t accomplish. These individuals excel in the areas of finance and business, quickly finding success in corporate America due to their drive and work ethic. Named after the creator of the universe Amun-Ra, those born under this sign are natural born leaders, taking control of every situation that they encounter.

While those born under the sign of Anubis are introverted, don’t mistake their quiet and calm demeanor for being weak. The truth is that a cool, calm exterior hides a passionate, controlling and aggressive nature. They are more than willing to stare into the darkness, facing anything that life may throw their way without hesitation. The name comes from the God of death, the guardian of the Underworld.

Shy, caring and compassionate, those born under the sign of Bastet value the feelings and emotions of those around them over all else. Maintaining a closely knit social circle, they are often seen as possessive and clingy, but the truth is that they simply want to protect the people that they hold dear. The sign is named after the Goddess of womankind, Bastet, a cat goddess responsible for protecting women and fertility, bringing peace and balance into the lives of those she would watch over.

Named after the God of the Earth, Geb, those who are born under the sign Geb are grounded, stable and reliable. They live their life with their feet solidly on the ground, making decisions based on logic and data rather than allowing themselves to be influenced by something as impractical as their emotions. They place their friends and family on a pedestal, doing all that they can to take care of them, however, they can be incredibly shy and nervous around new people.

If you are looking for someone with the ability to achieve their every goal and dream, conquering anything that life throws their way, then look no further. Those born under the sign of Horus are brave, confident, stubborn, and focused. They know what they want, and they will stop at nothing to achieve it. Despite their desire to succeed, they are still incredibly family focused, making those that they love a priority. The sign is named after Horus, the God of the Sky and protector of the pharaoh.

Often taking a parental or protective role in their group of friends, those born under the sign of Isis are caring, nurturing and generous. They want nothing but the best for the people that they care about, however, they often forget that they ultimately have no say in the major life decisions of those that they love. They are incredibly playful individuals, with the heart of a child, and possess an amazing sense of humor. Their parental outlook on life stems from the sign’s namesake, Isis, the Goddess of Pharaohs and motherhood.

Incredibly insightful and wise beyond their years, those born under the sign of Hapi are natural born teachers and guides in this life. They were sent to us to helps us to find our way, discovering the path to happiness, success, and fulfillment, while also helping us to avoid pain and heartache where possible. They spread their knowledge to anyone who will listen, laying the groundwork for mental and spiritual growth, much like Hapi, the God of the Nile, worked to fertilize the land.

The name ‘Mut’ refers to the mother of the world, the perfect image to cast upon those that are born under this sign. Sensitive, patient and driven by a need for stability and assurance, those born under this sign are responsible for ensuring the well-being of their family. They are the ones that create well-planned budgets, maintain the schedules and ensure that nothing is overlooked. While they tend to work behind the scenes, they are incredibly confident and determined, which is what allows them to succeed on everything that they set their eyes on.

Those born under the sign of Osiris live their lives with their eyes focused on everything that this world has to offer. Enthusiastic, energetic and willing to take a risk where needed, they realize that this life is what we make of it and take the steps necessary to take control of their life each and every day. The sign is named after the God of Death, Osiris, the symbol of rebirth after death. When they face a challenge in life, they draw upon this influence, putting it behind them and seeing life after this darkness as a new chance to live the life that they have been given.

The sign Sekhmet was named after the Goddess of War, an individual who values truth, honesty, and justice. Talkative and outgoing, they aren’t afraid to share their opinion with those around them, however, they aren’t nearly as open to hearing the same blunt honesty in return. In fact, they are actually quite sensitive and easily offended. When things are going well, however, they are incredibly happy, optimistic and full of light.

Those born under the sign of Seth live for adventure and excitement, running on sheer adrenaline as they actively seek out the next new experience or opportunity. Named after the God of Chaos, they live are bored easily when things settle into a routine and fear becoming trapped in their life. For this reason, they resist putting down roots, instead embracing their free-spirt and upbeat outlook. They are highly social and love to be in public situations.

The God of the Afterlife, Wisdom and Knowledge, Thoth, is credited with inventing writing as we know it today. For this reason, those born under this sign are often gifted in the area of writing and self-expression. Highly respected and incredibly lovable, they are generally surrounded by people everywhere that they go, attracting others with their charm. Possessing a unique and creative outlook on life, they see the world in a different way than most others which empowers them to be incredible problem solvers.