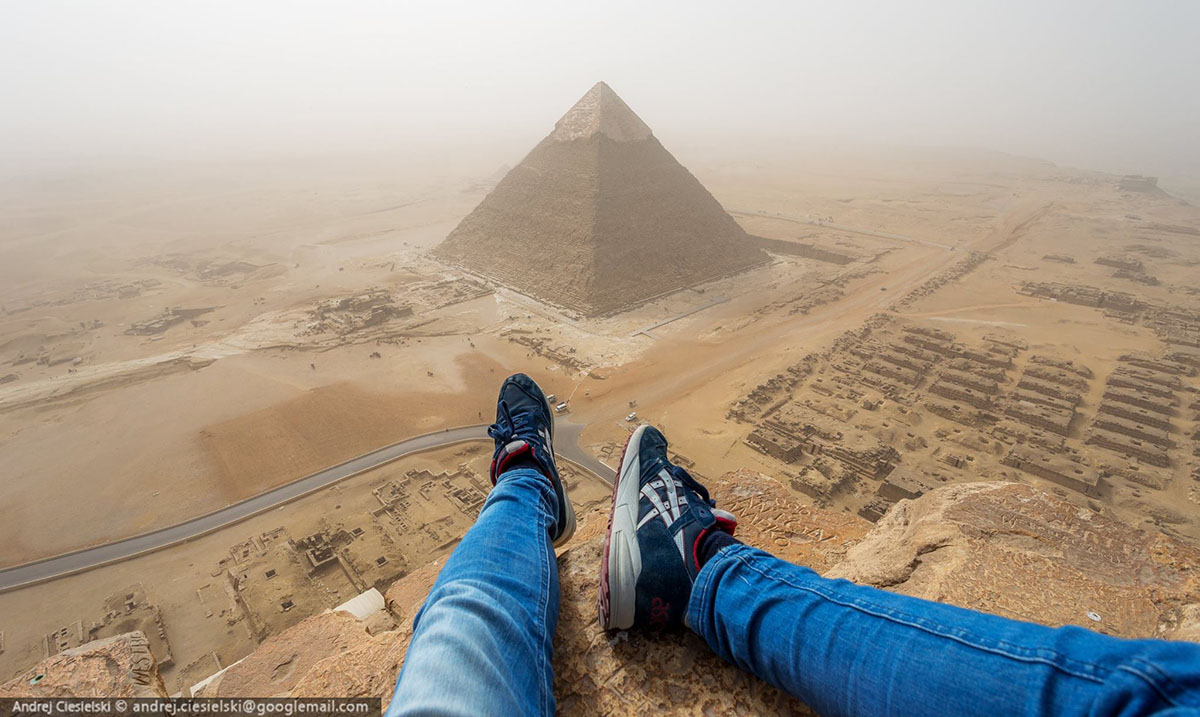 Watch As Teen Illegally Climbs The Great Pyramid Of Egypt

By Elizabeth DeVille August 31, 2018 No Comments

Those who have embraced a love of travel and exploration will tell you that this world contains so many incredible sights and destinations that you have to see to truly believe. From the Grand Canyon to the Eiffel Tower, the Great Wall of China to the canals of Venice – you simply have to see them to truly appreciate their splendor.

One such sight, gracing the bucket list of travelers across the globe, is the Pyramids of Giza. Constructed approximately 4,5000 years ago under the leadership of Pharaoh Khufu, his son Pharaoh Khafre and Pharaoh Menkaure, the three pyramids captivate historians, engineers and travelers alike. How were these massive structures built? It’s a mystery that continues to baffle scientists today. Approximately 2.3 million bocks of stone were required to build Khufu’s Great Pyramid alone, each weighing an average of 2.5 tons. Without the assistance of modern technology, it’s a nearly impossible feat, and yet there they stand!

Over the years there have been some absolutely stunning photography in the area, photos that capture its breathtaking beauty. However, simply taking a photo wasn’t enough for eighteen-year-old Andrej Ciesielski.

The teen traveled from Germany to Cairo, Egypt to see the pyramids first hand, but he had a plan in place to capture some pretty stunning images. Armed with a GoPro, he decided to climb the Great Pyramid, an activity that is highly illegal. In fact, the pyramids are monitored by a number of armed guards, prepared to arrest anyone who should attempt such a stunt. To do so means to risk a potential 1 to 3 year jail sentence. Aware of the risks, Ciesielski wasn’t going to let something as silly as the law stand in the way of his dream!

Ciesielski managed to make the climb unnoticed at first. He was, however, eventually spotted by the Egyptian police as well as a number of other tourists. The climb may only take 20 minutes, but it was an experience that the teen will never forget. From atop the pyramid, he captured the stunning view, even stopping long enough to snap an Instagram photo before making his descent.

Safely on the ground once more, Ciesielski was taken into police custody. Luckily for the teen, authorities agreed to let him go under one condition – he had to delete all footage from the climb. Already proving he wasn’t one to stick to the rules, he proceeded to share the incredible images across social media.

He didn’t get off entirely free and clear. Egypt’s Minister of Antiquities has since notified the German Embassy in Cairo that Ciesielski is officially banned from Egypt for life.

Check out the incredible journey up the pyramid in this video: