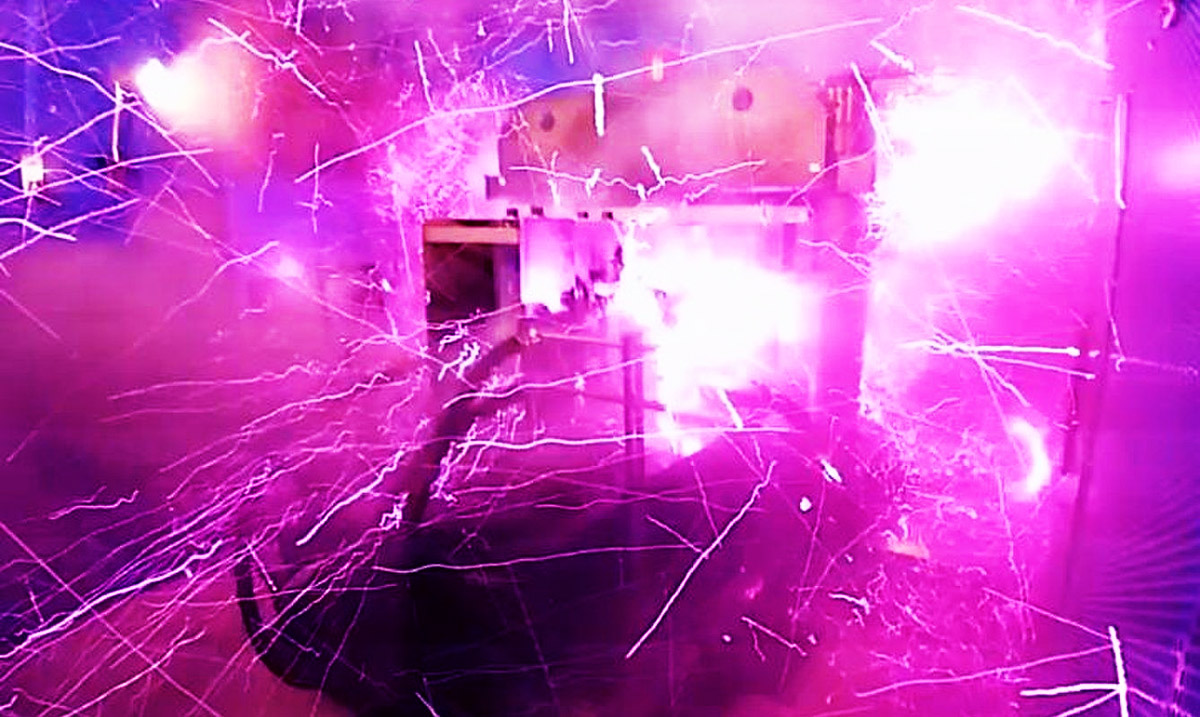 By Elizabeth DeVille September 28, 2018 No Comments

Scientists around the world regularly push boundaries and cross the line into the unknown, this is what allows us to make new discoveries. However, in doing so they understand that they are taking a risk, and occasionally that risk literally blows up in their face.

The understanding and study of magnetism and magnetic fields date far back in history to the ancient world, at which point people recognized the naturally magnetic property of lodestones. While they didn’t understand the reason for the phenomenon, they did notice that these minerals would attract iron, which fascinated them. This eventually led to the development of the lodestone compass.

Since that time, the science behind magnetism has fascinated scientists around the globe, with many choosing to dedicate their careers to better understanding the phenomenon and pushing its limits, and push its limits they would. With each new discovery and development, we found new knowledge of these complex systems and creative new ways to use this information throughout society. This includes, but is not limited to, the use of magnets in computers and electronic devices, electrical power, MRI technology and even the magnetic strips found on our credit cards.

Interested in furthering this study, a team of scientists at the University of Tokyo set their sights on creating the strongest controllable magnetic field to ever have been created. It sounds like a wild idea to even consider, but it is one that they met with determination and conviction. Specifically, they were testing the power of a new generator system, one that promised to demonstrate great power.

When measuring magnetic fields, scientists use a unit known as the ‘tesla’. A strong lab magnet used during scientific experimentation often measures at approximately 10 Tesla, while the small bar magnet that you have at home on our fridge is estimated at 0.01 Tesla. The generator that the team was testing, according to a paper published in the ‘Review of Scientific Instruments’ was expected to reach its peak at an impressive 700 Teslas. However, the team never could have prepared themselves for what came next. Rather than topping out at the expected point, the machine generated a peak field that measured 1,200 Teslas!

As a safety precaution, the team outfitted the generator with an iron cage. However, unaware of just how powerful it would be, the cage was unable to withstand the pressure. The result? A shocking explosion caught on camera.

Concluding their report, the researchers wrote: “Only 40 years ago, magnetic fields of the order of 1000 Tesla were only reported in extremely complicated and sometimes unreliable explosively-driven systems, without any of the sophisticated level of control. Therefore, one can say without any doubt, that the present results represent the beginning of a new era in the quest of producing and using ultrahigh magnetic fields for solid state studies as well as for plasma fusion related experiments.”

Does this mark the end of the team’s efforts? Far from! When asked about the next step in their research, physicist Shojiro Takeyama replied, “I didn’t expect it to be so high. Next time, I’ll make [the enclosure] stronger.”