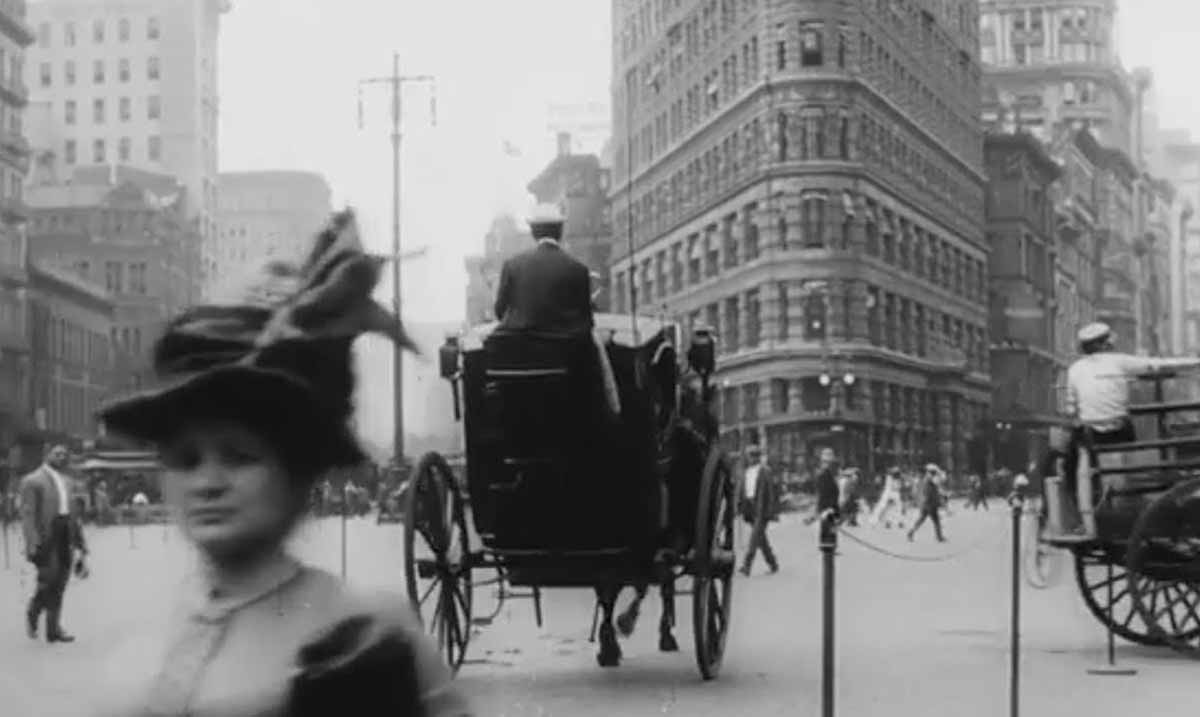 By Elizabeth DeVille October 19, 2018 No Comments

It may be hard for some to picture, but there was a time when people wandered the streets without cell phones in their face. When we wanted to talk to someone, it was done face to face – real, genuine connection. The streets were alive with activity, as this rare video reveals.

The original video was produced by a Swedish company called Svenska Biografteatern in 1911. The company was sent to travel the world, taking videos and pictures of well-known places including not only New York, but also Niagara Falls, Venice, Monte Carlo, and Paris. The idea was to depict everyday life, allowing the viewer to picture themselves among the crowds.

Just last year, the Museum of Modern Art obtained the New York video, which was surprisingly good quality. In the video, a number of highly recognizable landmarks that are still present today, including the Statue of Liberty, the Flatiron Building, Brooklyn Bridge and New York Harbor. Despite all the similarities, it also reveals long-lost sights including the New York Herald Building.

On their website, the museum wrote, “Produced only three years before the outbreak of World War I, the everyday life of the city recorded here – street traffic, people going about their business – has a casual, almost pastoral quality.”

Well-known Facebook page History Bites shared the video on their page just a week ago, and in the short time since it has had over 27 million views! It was a simpler time, free from modern-day technology. However, one can’t help but wish we had access to the luxury of time travel, just to stroll down these streets and experience this world first hand.

Check out this rare, fascinating video of New York in 1911 here: