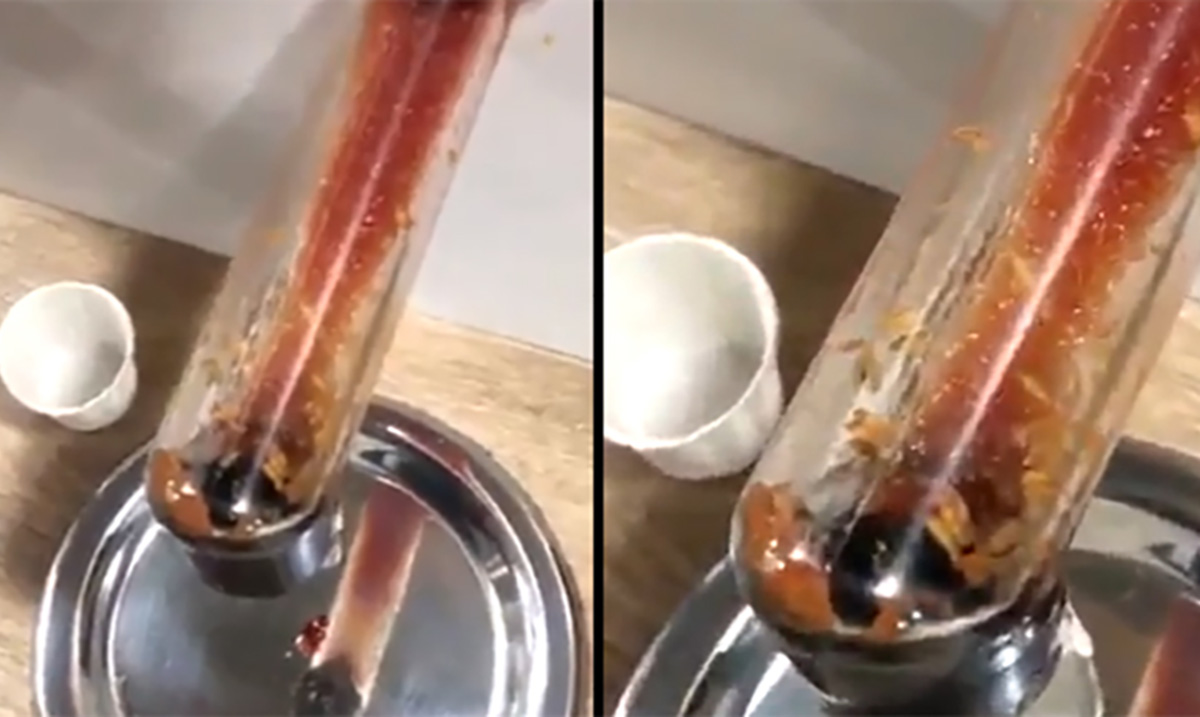 With an estimated 14,155 McDonald’s restaurants in the United States, it’s no wonder that so many of us grew up familiar with the golden arches. However, a new video is making its way around social media, and it may change your mind about whether you’re eating there anytime soon.

A video was recently uploaded on Twitter by user @bellaritchie00 that has caught the attention of fast-food lovers across the globe. It shows a standard McDonald’s ketchup dispenser, but the part the disturbing part comes when the video then moves closer. Within the clear hose that carries the ketchup from the storage container into the little cups that you, the consumer, would use, are maggots. That’s right, ketchup with an extra side of maggots anyone?

The original Twitter video has been viewed nearly 53,000 times, but it didn’t stop there. Appalled by what it revealed and determined to share it with the world, many users have then taken this video and uploaded it on other platforms including Facebook and YouTube. The Twitter user behind the video tagged it as being at an outlet in Cambridge, UK. Even more disturbing than the initial video was an additional tidbit of information the user shared, writing, “I told one member of staff and she literally just ignored me and carried on serving customers.”

Since the video was posted, McDonald’s officials advise that they have taken steps to address the problem. A spokesperson responded to an inquiry from the website LadBible, stating, “We’re extremely sorry to see this and have tried to get in contact with the customer directly. Our condiment area and dispensers should be checked for cleanliness every day and we are looking into what happened here.”

However, at one point do we, as the consumers, step back and say that enough is enough? After all, this isn’t the first black mark on the restaurant’s record. One McDonald’s restaurant in the state of Washington made the decision to temporarily close its doors after a video showing rats running through the restaurant found it’s way to social media. It leaves one to question whether the current rules and regulations in place with local health departments need to be revisited or simply better enforced.

You may want to think twice, however, before you come down on the company’s workers. Many have hit their breaking point recently with their low wages and allegedly poor treatment. In September 2018, McDonald’s workers from 10 different cities walked out In protest to shine a light on the alleged sexual harassment that is common and accepted among the chain’s employees. Then, in October 2018, workers at locations across the country protested for the right to unionize, an effort to take control of their employment situation.

If this fast-food giant is planning on maintaining its rule over the industry in the United States, they are going to have to act fast. Not only are they facing a change in society’s focus with more and more Americans seeking healthier food options, but the damning evidence that continues to mount regarding poor food quality and safety is sure to send even the most loyal customers in search of new alternatives.

Need to see it for yourself to believe? Here’s the ketchup-dispenser video, maggots and all: