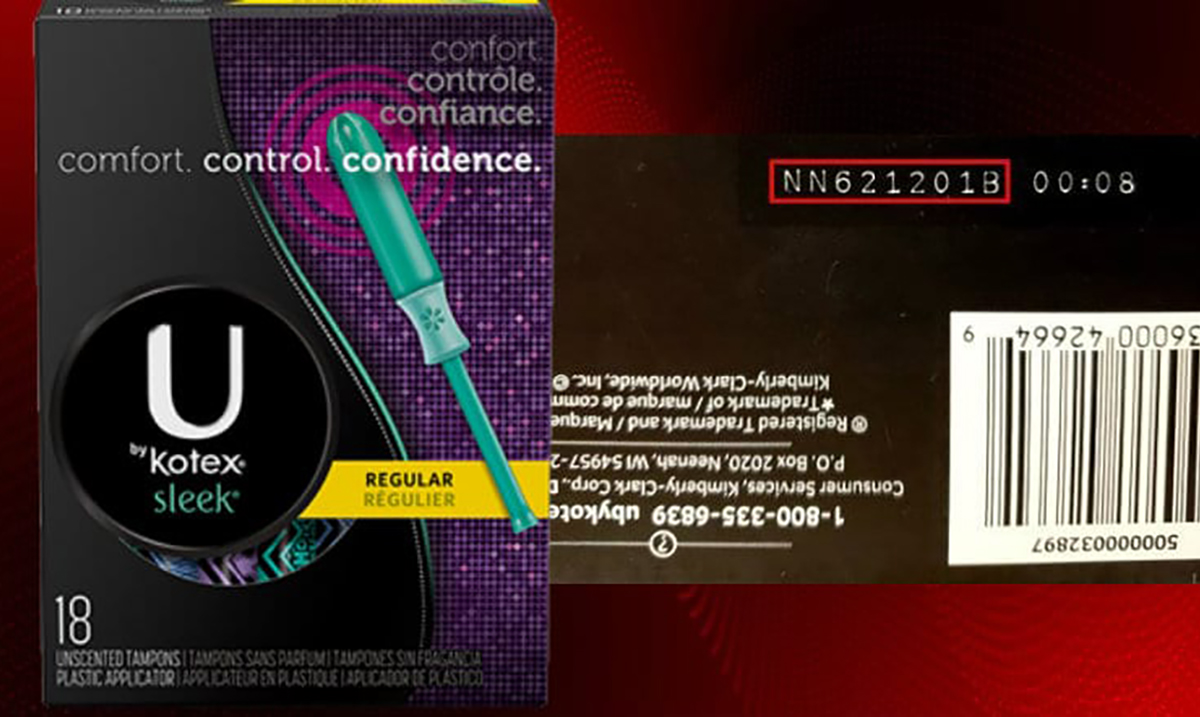 Kotex brand tampons are being removed from shelves across Canada and the United States after Kimberly-Clark issued a recall, citing multiple complaints from users requiring medical attention to remove tampon pieces left in their bodies. Women are encouraged to educate themselves on the details for their own safety.

Women who choose to use tampons in order to manage their menstrual cycle have long been warned about the potential risks associated, particularly when it comes to toxic shock syndrome (TSS). Luckily, for women who have come to rely on tampons to provide them with the protection necessary to keep up with their active lives, TSS is incredibly rare, affecting only 1 out of ever 100,000 people in the United States.

A bacterial infection often associated with leaving a tampon on for too long, encouraging bacterial growth, when TSS is caught early a full recovery is likely. However, if we don’t listen to our bodies, it can be left undetected long enough to cause a serious risk. As Gillian Dean, senior director of medical services at Planned Parenthood Federation of America explains, “You can have multisystem organ failure and decreased circulation to your extremities, which can cause cyanosis or limb death, and necessitate amputation. In some cases, it can be really, really serious.”

An official announcement released by the U.S. Food and Drug Administration (FDA) yesterday revealed that Kimberly-Clark has voluntarily recalled a series of lots of U by Kotex Sleek Tampons. Specifically, the recall refers to the Regular Absorbency variety manufactured between October 7th, 2016 and October 16th, 2018.

The report states that “Kimberly-Clark has received reports from consumers of the U by Kotex Sleek Tampons, Regular Absorbency, unraveling and/or coming apart upon removal, and in some cases causing users to seek medical attention to remove tampon pieces left in the body. There also have been a small number of reports of infections, vaginal irritation, localized vaginal injury, and other symptoms.” When these pieces are left behind, they encourage bacterial growth in the same way that full tampon would if left in the body for too long, increasing the risk of TSS.

Signs of TSS that you should watch out for include vaginal irritation, itching, swelling, pain, bleeding, discomfort, yeast infections, hot flashes, abdominal pain, nausea, and vomiting. If you are showing any of these signs or have any other reason to suspect that you may be suffering from TSS, you should seek medical attention immediately.

If you have been using U by Kotex brand tampons but are unsure of whether or your box is part of the recall, the company has provided a full list of the recalled lot numbers as well as an easy to use number checking tool that, when you enter the lot number from your product, will confirm whether or not it falls under the recall.

In an official statement from Kimberly-Clark, the company advised that any consumer that suspects that their products may fall under the recall they should discontinue use immediately. Inquiries and reports are welcomed by Kimberly-Clark’s Consumer Service team at 1-888-255-3499, or questions and reports can be directed to the FDA Adverse Event Reporting Program.