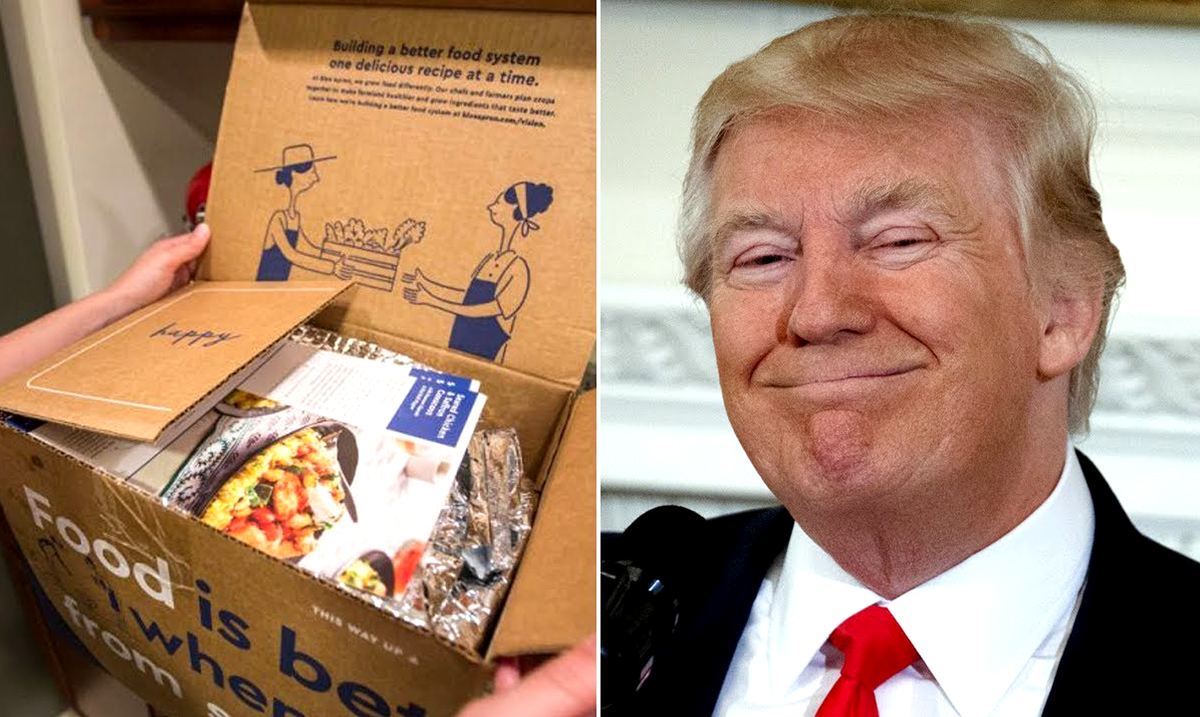 By Elizabeth DeVille November 22, 2018 No Comments

There has long been controversy and concern regarding the existing ‘food stamps’ program in the United States, yet even the greatest critics often admit that something is needed to protect the vulnerable that live among us. Is Trump’s Harvest Box proposal the solution?

With an estimated 12.3% of the American population living below the poverty level according to the 2017 census, there is no arguing the fact that a significant portion of our population is at risk of living in hunger as they are unable to afford the groceries required to adequately feed themselves and their families. Currently, the Supplemental Nutrition Assistance Program (SNAP) provides assistance to approximately 16 million U.S. households in the form of funds on their electronic benefits card, while also providing education and information to promote the best nutritional use of that money.

However, the new proposal put forward by the Trump government, known as ‘America’s Harvest Box’ would change the face of the program significantly. While recipients would still receive some funding on their benefit card, those who qualify for $90 or more per month would receive a box of food similar to programs like Blue Apron and Hello Fresh. The food contained in the box, according to the proposal, is to be 100% U.S. grown and produced, ensuring that they will also help to support the U.S. farming industry.

“USDA America’s Harvest Box is a bold, innovative approach to providing nutritious food to people who need assistance feeding themselves and their families – and all of it is homegrown by American farmers and producers,” explains Secretary of Agriculture Sonny Perdue. “It maintains the same level of food value as SNAP participants currently receive, provides states flexibility in administering the program, and is responsible to the taxpayers.”

However, there have been a number of critics come forward since the plan was announced in February. The biggest concern being the foods that would actually be included versus those that the plan appears to propose. It appears that government officials are choosing their words carefully to make the benefit to those relying on the program appear much bigger than they actually are.

Director of the Office of Management and Budget Mick Mulvaney made the following statement describing the ‘America’s Harvest Box’ proposal: “I don’t want to steal somebody’s copyright, but a Blue Apron-type program where you actually receive the food instead of receiving the cash. It lowers the cost to us because we can buy [at wholesale prices] whereas they have to buy it at retail. It also makes sure they’re getting nutritious food. So, we’re pretty excited about that.”

While the boxes received from those who buy into the Blue Apron program are full of fresh produce and foods of high nutritional value, ‘America’s Harvest Box’ is predicted to include items like peanut butter, pasta, beans, ready-eat-cereals, shelf-stable milk, juice, grains, canned fruits and vegetables, and canned meat, poultry or fish. The items are packed with preservatives and lacking the nutritional value that one can obtain buying fresh with the current SNAP program while shopping at Farmer’s Markets to lower the cost.

Is this the right move to ensure the adequate management of the SNAP program, or is this nothing more than a cost-cutting decision at the expense of the health of those who rely upon it?