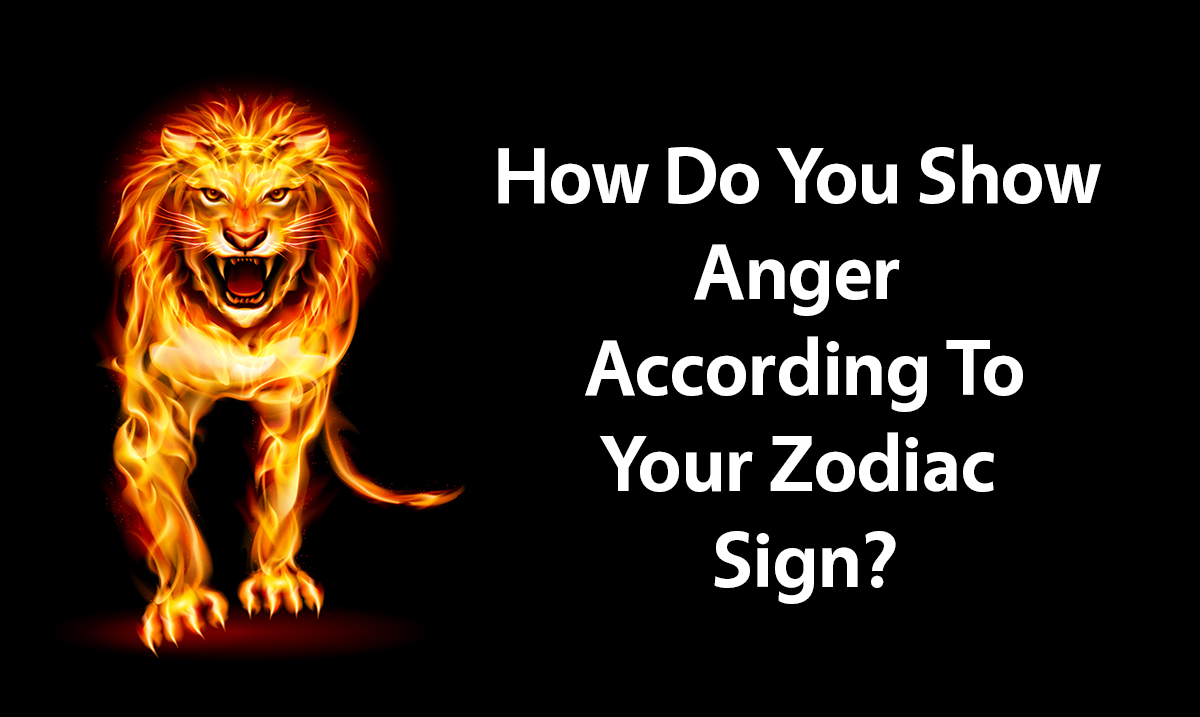 This is How You Show Anger, According to Your Zodiac Sign

“Anger is an acid that can do more harm to the vessel in which it is stored than to anything on which it is poured.” – Mark Twain

A raw, powerful emotion, anger has been credited for inspiring world leaders, inciting major conflicts, facilitating great change and working to inspire some of the great movements that have swept our world. Often viewed as a negative influence, anger correctly channeled can be a powerful, unstoppable force in the world.

Naturally occurring, anger is a response to either a physical or emotional pain in our lives. In order to learn how to manage these feelings and use them to our advantage, we must first identify the way in which we are most likely to react. We have all been there at one time or another – screaming at the car that just cut you off, slamming the door after an argument, or snapping at a friend or family member when they bring up a touchy subject. Identifying the way we respond to various situations will allow us to find the best way to control these responses, avoiding a potentially embarrassing situation. 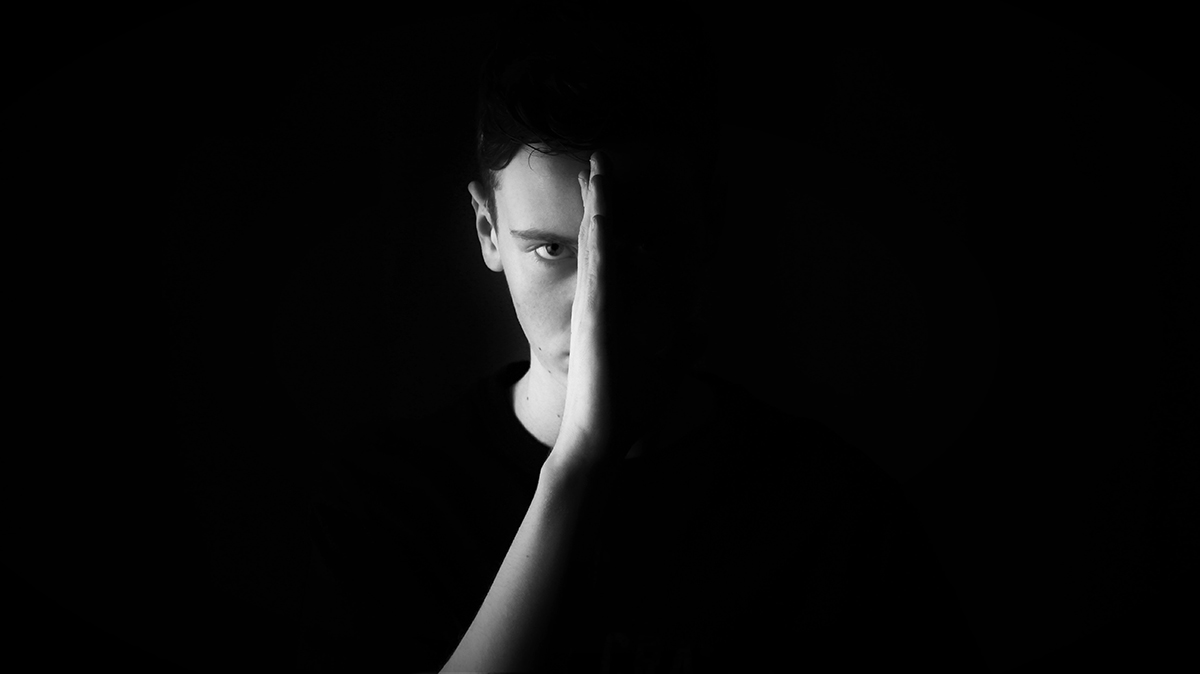 Discover how you show anger according to your zodiac sign:

You possess a dark side, and that makes you incredibly quick to anger. Your short fuse can result in you lashing out intensely and without warning upon anyone at any time, even if it can get you into trouble. You’re the person who will snap at an employer or blow up an argument in the middle of a formal public gathering. This will often cause others to feel as though they have to walk on eggshells around you, doing all that they can to avoid setting you off. The good news is that your anger, while explosive, is short-lived, and once you have let it out you quickly forget what upset you and move on.

Independent and stubborn, you refuse to show that you are upset or hurt in most situations, as being hurt would mean that they have discovered a hole in the armor that you pretend to wear at all times. For this reason, it is incredibly easy to trigger your anger. You internalize your frustrations, occasionally becoming a bit passive aggressive but for the most part filing it away. If someone pushes you too far or hurts you too often, you will simply cut them out of your life without any form of explanation. You would rather face the world alone than stand alongside people who aren’t worthy of your trust. That being said, if someone hurts those that you care about, that is when they will see the full wrath of the bull.

You live your life as two separate people wrapped up in one, the twins. Usually, you are rather balanced, however, when your anger takes over that is all thrown out the window. You don’t necessarily have a temper, in that you don’t explode or lash out at the people who hurt you. Instead, you exhibit incredible mood swings, jumping back and forth between the two sides of your mind. For those around you, this means that you will be quick to change your mind on any issue that may arise, confusing others and even yourself. You will dwell on this pain for a while, bringing it up repeatedly and rubbing it in the face of the person who wronged you, but with time your frustration will begin to fade away.

Sensitive and emotional, you wear your heart on your sleeve, quick to welcome anyone around you into your heart and your inner circle. Unfortunately, this also means that you are hurt easily and often. You are relatively quiet and shy, and as such you don’t lash out. Instead, you internalize your anger, becoming increasingly passive aggressive. You will give someone the silent treatment, break plans, make snide and witty remarks in passing and avoid completing things that you may have agreed to prior to the situation. Eventually, you will forgive them – but it can take a long time for you to get there.

Powerful and confident, you’ve got a hot temper and it doesn’t take that much to bring it out. The good news is that you have no interest in playing games or beating around the bush – if you have been wronged, you are quick to make your anger known. Unfortunately, for those that have upset you, you have the anger management skills of a child. For this reason, it would not be out of character for you to yell, throw things, create a scene or even throw yourself onto the floor like a toddler having a temper tantrum. Once the anger has passed (and it’s usually relatively short-lived) you will act as though nothing ever happened.

You are the least angry of the signs, simply because you do so poorly with emotions that you don’t even necessarily recognize your anger when it does come around. If someone does hurt your feelings, you will become sulky and pouty, acting out in passive-aggressive ways. In time, the anger will begin to dissipate and before long you will question what even upset you, to begin with. If some REALLY hurts you, you are quick to forgive but you never forget. If your trust is broken once, it is rare that you will ever trust that person again.

Believing in justice and balance, the very concept of anger doesn’t really fit into your life. You’re the person who will give someone a second, even third chance, believing that they will learn from their mistakes and right their ways. While you always put on this incredibly fair and understanding front, the truth is that you are highly sensitive, and many things get under your skin. You may be bothered for a while, and as these things add up you find yourself holding grudges and resenting the people in your life. You’re the person who will bring up a list of someone’s past mistakes in a current argument.

It is no surprise that your intense passion for everything that you hold dear in life can also result in an intense anger. No one wants to get on your bad side. Unlike many of the other signs, you don’t lash out or explode, in fact, the frightening look in your eyes the moment that your anger takes over will send everyone running for cover. You are a master of revenge. Your anger won’t surface right away, it may not surface for days or weeks – but when it does, the person who wronged you will regret ever being born.

You’ve got a major temper, although over the years you have learned how to control it in most situations. There are, however, a few breaking points that you just can’t let go – betrayal and disloyalty. You will go to the ends of the Earth to prove your loyalty to those that you have allowed into your inner circle, and if they fail to share this dedication you are like a ticking time bomb. You’re embarrassed by this incredible temper, but you also acknowledge that there is nothing that you can do to control yourself in those moments. Instead, you justify your actions, pointing your finger at the person who triggered you. It can take a long time for you to calm down, and when you do you may even notice that you blew up over nothing.

Regularly playing the role of peacekeeper, you work to mediate disagreements among the people in your life in order to restore the balance that you seek. You have a great deal of patience, and it takes A LOT to push you to the edge, but if it happens then watch out! On the rare occasion that you explode, it will be in a ball of fire creating a major seen screaming, yelling, crying and lashing out at anyone who so much as looks at you the wrong way. If you feel yourself reaching that point, walk away and calm down before it goes too far.

Calm and composed, you are always up for a good intellectual debate. If, however, any disagreement crosses that line, you aren’t going to have it. You don’t feel the need to explain what you are feeling, you will simply walk away without looking back. This may mean walking away from a conversation or, in more severe cases, walking away from a friendship or relationship entirely. You have no desire to waste your time on other people’s drama.

Living in your own perfect little dream world, you avoid conflict in order to keep negativity out of your life. If someone upsets you, you will go to great lengths to hide your emotions, bottling them until such time that you can find a safe space, alone, to let it all out. You have developed some great ways of expressing your frustration including punching pillows, screaming where no one can hear you or crying it out before returning, refreshed and relieved, to the rest of the world. Unfortunately, not expressing to those around you that they have hurt you can create deep seeded hostility, and you’re a master of holding grudges!