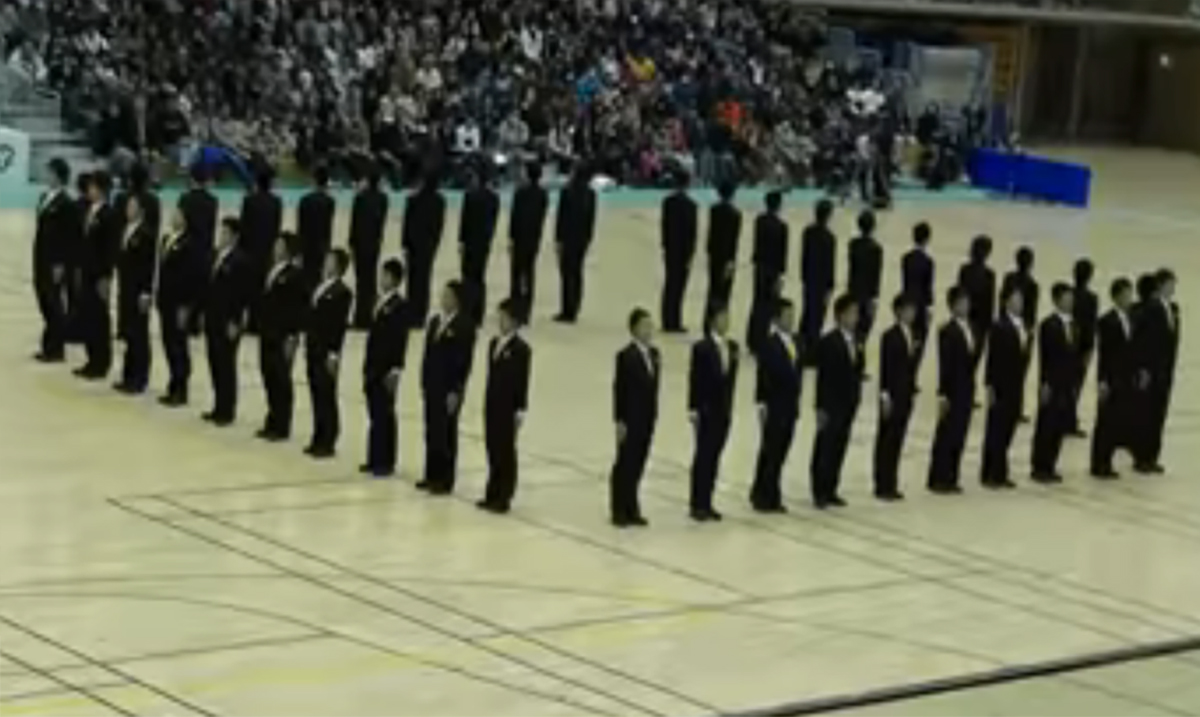 This Video of Synchronized Japanese Walking Will Leave You Hypnotized

It’s not uncommon for a country to be known for a specific sport, one that holds a special place in their history. For example, we have Canadians and their hockey, and the ‘great American sport’ of baseball. But few have heard of the Japanese sport of synchronized walking.

It may sound a little funny when you first hear it, or even a little crazy. After all, what could be so impressive about simply walking, right? The art of ‘Shuudan koudo’, or synchronized walking dates back generations. The sport involves a large group of people conducting a routine while walking, including unique patterns of movement and impressively choreographed routines. The result is something that looks similar to the synchronized movements of our own marching bands, however, they are far more complex and don’t include the instrumental component.

The sport has come to hold an important place in the hearts of those who attend Japan’s Nippon Sports Science University, where it has been performed regularly since 1966. Each year at an annual festival, students share their performance with a large crowd, last year’s estimated at approximately 11,000. Shocking and hypnotizing all who are in attendance with their skill and precise execution.

While they make it look easy, the team assures those who ask that it’s anything but. Performers are expected to practice 3 days a week for 5 months leading up to the festival, and it is estimated that an average practice is the equivalent of walking 745 miles!

“People say Japanese youngsters these days lack the ability to work collectively in a group, but we just proved that we don’t,” explained the team’s current captain, 23-year-old Keiko Suzuki. “We all mastered this highly disciplined training and made it our habit to stick to strict rules. I believe this experience will be an asset as we enter into the job market.”

How could this help their employment status? The benefits could be compared to that of American marching band students. The commitment, hard work, and dedication that these students demonstrate are intense, proving to employers that they can be relied upon to stick with whatever job they are assigned and strive for only the best. They also have a clear understanding of how to listen to and respect those who are above them in the chain of command, following orders without argument. Finally, their ability to come together on such a large scale demonstrates considerable people skills and impressive teamwork abilities.

While this video certainly isn’t new, originally uploaded to YouTube in 2009, it has recently gone viral over here in North America with a total of nearly 9 million views!

Interested in seeing what all the buzz is about? Check out this mesmerizing performance: