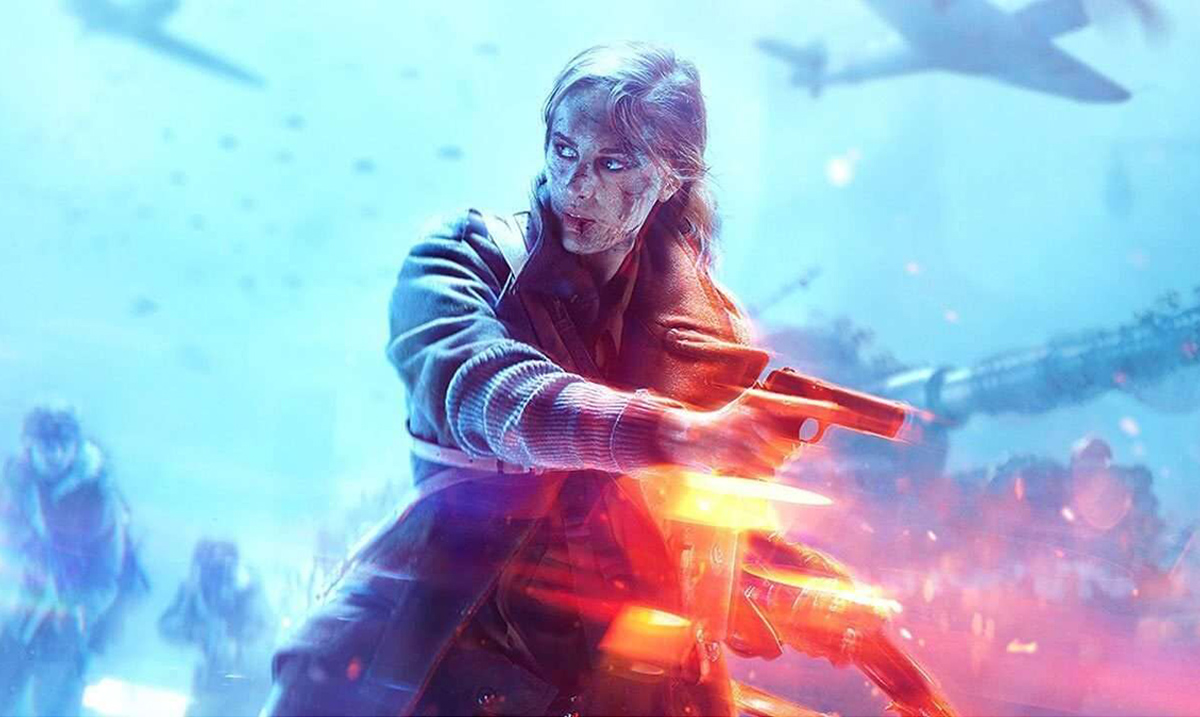 This Is What Your Favorite Video Games Reveal About You, According to Science

By Elizabeth DeVille November 25, 2018 No Comments

With the video game marketed expected to reach $90 billion U.S. by 2020, there is no denying the fact that we love our games in today’s society, but did you realize that your choice of video games may actually reveal some interesting details about your personality?

There are video games available today for every age, interest group and personality. Regardless of who you are and what you enjoy, there is likely something out there if you know where to look. But, have you ever stopped to consider why you are drawn to the games that you are? Behavioral scientists say that there is a deeper reason behind why we enjoy some games more than others. Different aspects of the gameplay will appeal to specific personality and character traits, revealing some interesting insight into our ‘true selves’.

What does your favorite video game reveal about your personality?

Recognized by many as one of the first games to trigger the discussion of ‘video game addiction’, World of Warcraft requires a serious level of dedication if one is going to achieve any success. While the players are often highly social, they understand that nothing in life is going to come easy. With an incredible level of focus and tenacity, they are willing to do anything necessary to reach their goals, on the game and in real life. However, that doesn’t mean that they are the most skilled at finding a balance between the two. This is where some run into trouble, prioritizing their goals in the game over the goals in their own lives, and with that, allotting the majority of their time and attention to their gaming efforts.

There are some games that have been associated with improved mental capacity, and Portal falls into that category. Many experts believe that the game challenges the problem-solving skills of its players, pushing them to think outside the box and use an advanced level of spatial recognition. Researchers at Florida State University discovered that this works simply because the game provides them with a reward for their ongoing efforts, encouraging them to try harder than they may have otherwise believed possible. The more that someone pushes themselves outside of their comfort zone, the more they will grow and develop.

Games that provide the ‘illusion of choice’ like Doki Doki Literature Club, My Story, and similar ‘choice’ driven games allow the users to feel like the decisions that they are making are genuinely making a difference in the overall outcome of the game. Those of us watching from the outside recognize that the outcome of the game was designed when it was created, with most of the presented decisions ultimately making no difference at all, however, these players are optimistic and continue to hold onto the idea that they just MAY be able to save the characters some unnecessary pain and heartbreak.

One of the latest phenomenons to sweep the gaming world, Fortnite players across the globe are not only playing this game for the fun and entertainment factor but by streaming their game they are making quite the impressive income. Tyler ‘Ninja’ Blevins, for example, is estimated to rake in $560,000 per month just from his Twitch subscription revenue! While the game can be played solo, for many a major draw of the game is the fact it is such a social experience, as players work together to develop strategies and work together to move forward in the game.

Good news, research shows that those who do well in games like Fortnite are statistically skilled in careers that require advanced reasoning and spatial skills, like engineering and mathematics. In fact, there is even one college that has offered scholarship money to Fortnite players! However, it’s also a game that’s been designed to be addictive and keep drawing you in, and Fortnite players are often seen as highly susceptible due to their addictive personalities. They just can’t get enough.

The Final Fantasy series of games have been around since the release of the first Final Fantasy game in 1987, creating an incredible dream world that its players can escape to. Known as one of the best-selling franchises of all time, it’s clear that there is something that keeps bringing these players back. The unique and beautiful world and relatable characters give the player the opportunity to truly ‘live’ in the game, and for this reason, it is a favorite of dreamers around the globe. Those who are drawn to Final Fantasy may live a good part of their lives with their head in the clouds, but it doesn’t mean they aren’t capable of great things. They have a huge heart and an incredible sense of empathy.

There is no questioning the fact that Age of Empires isn’t going to offer the fast pace and excitement of many of the other games on this list, but that’s one of the reasons its players are so intrigued. These are the people who prefer to carefully think through their options before making a solid decision. They pride themselves on their ability to plan and strategize, and they possess and incredible patience, allowing them to put these skills to work. They may not be running ahead of the pack, but don’t underestimate them. They may be the underdog, but they often come out ahead.

Another highly social game, Uncharted provides its players with an exciting and entertaining platform on which to connect with other players. For this reason, it’s far more likely to attract extroverted people than the introverts among us. Those who enjoy games similar to Uncharted are often friendly and high-energy – they are the social butterflies that know how to work a room. They thrive off surrounding themselves with others, feeding off their energy. While they may not be able to have a physical crowd around them when playing their games, they have the next closest thing with these social options.

There is something unique about those who love sporting games. Often these are people with incredible competitive personalities. They may be sports-loving individuals themselves, carrying over their love for the ‘sporting life’ to their gaming choices, or they may not have the physical capacity to excel at sports in real life, living through this more talented digital version of themselves. They have a true heart and an unwavering passion and will put it all into everything that they do, determined to come out on top. These aren’t the only skills that will be beneficial in the sporting world. In fact, this determination and competitive drive can be applied in other areas of one’s life to help them succeed.

If you have ever played the game Civilization, then you know that it requires a very specific skill set, as players must plan, strategize and outsmart their opponents. They do all this in order to dominate and come out on top, just like many of the world’s more egotistical leaders. Even the game’s creator Sid Meier once referred to his game’s players as ‘egomaniacs’. They aren’t exactly the greatest losers, however, their determination to come out ahead pushes them to find incredible solutions. If anyone can find a way out of a difficult situation and into the winner’s spot, it’s them!

This certainly isn’t a new game. The first Sims game was released for Microsoft Windows back in 2000, designed by Will Wright as a satire of the U.S. consumer-driven culture. In fact, the Sims has been found to reveal so much about a person’s inner self that some mental health professionals use it as a tool in their therapy practices. The game allows players to create and control every detail of a person’s life from the home they live in and the career that they pursue right down to when they bathe, sleep and eat. In short, the game allows those who are interested to essentially ‘play God’, a role that many over the years have embraced. How many of us grew up finding new, creative ways to trap and kill our Sims just because we could? This game is a control addicts paradise, and as such, it tends to draw those who possess that personality.

With an estimated 93% of those who play first player shooter games being male, it should come as no surprise that there are many ‘masculine’ character traits associated with the games. Consider, for a moment, the ‘stereotypical male’ that our society works to construct. Young boys are taught to be tough, strong, assertive and dominant. When they are playing an FPS game, they are able to step into a world where they can be all of these things at that moment, even if they may not entirely possess them all to the same degree in real life. Players can tap into their ‘masculine side’, embracing not only these traits but also the negative personality traits that may be associated with them including a temper and even a violent streak, free from judgment. In fact, it’s encouraged!

If you have ever played the game Grand Theft Auto, then you know that there’s no shortage of violence associated with this game. In fact, if you’re the squeamish type that doesn’t enjoy a good action movie, you may wish to steer clear. Now don’t worry, I’m not going to start blaming violent behavior on a video game. However, there are some personality traits that may make it easier for someone to choose a life of real violence, depending on the choices they make in their lives. Players of Grand Theft Auto often love the game because deep down they would love to live this recklessly in their real lives, taking risks without having to worry about what happens or who is hurt. It also allows them to channel their inner aggression. The good news is, for some, the game alone is enough to ‘get their fix’ without ever crossing the line into real-life violence.

While Resident Evil may tap into some of the previous points we have made, with the dominance of an FPS and special skills of Fortnite, the inclusion of terrifying monsters and mysterious adventures adds an interesting element into the mix. In this way, the game can actually trigger feelings like ‘fear’, drawing the same type of people in that also love horror movies. Whey do they enjoy the experience of fear, a feeling that many people around the world go out of their way to avoid? Scientists say in some people the emotional rush of fear can actually trigger feelings of pleasure and joy when they then reach the relief on the others side. Therefore, they return to the things that scared them time and time again in search of the ‘high’ on the other side. Often this extends beyond their games and movies, as thrill seekers of varying capacity in real life.

Image via Battlefield One