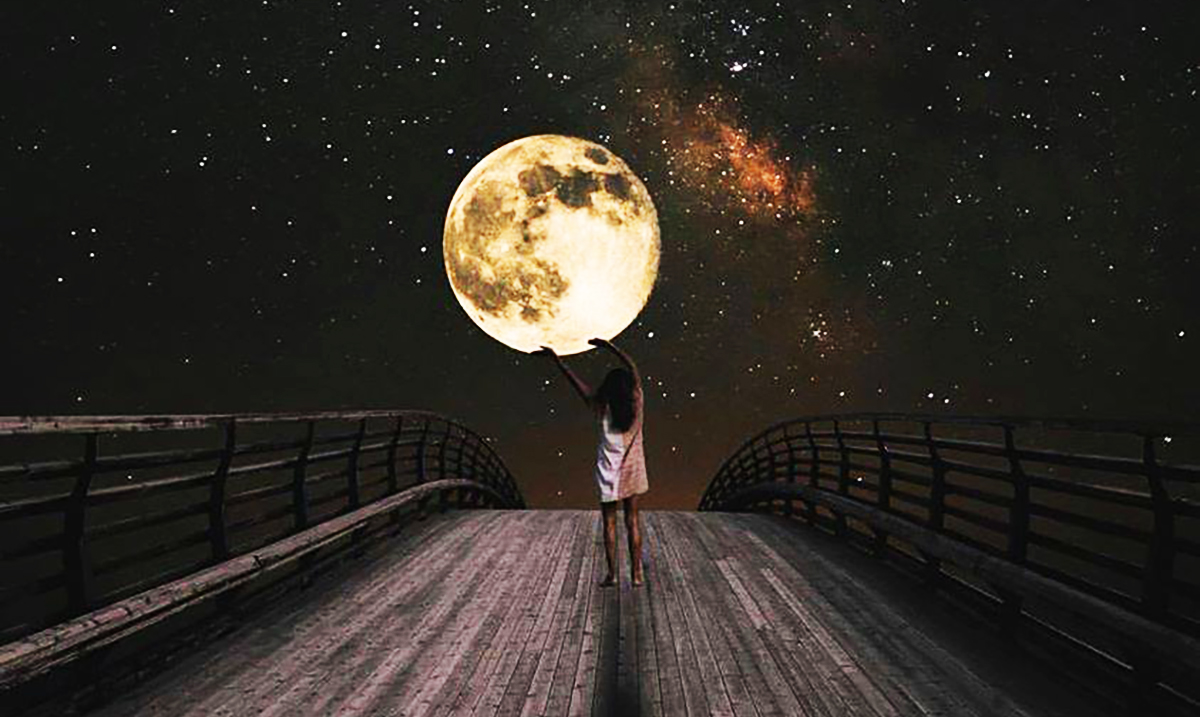 By Elizabeth DeVille October 18, 2018 No Comments

Many people are aware of the impact that the moon and its phases can have on its life. It’s for this reason that the phrase ‘it must be a full moon’ has become popular. However, there is much more to the movement of the moon, and it’s influence on the Universal energy, then many of us are aware.

As the moon is relatively close to the Earth, it’s movement through the zodiac signs is relatively quick. In fact, it enters a new sign every 28 days on average. As it enters each sign, it brings a significant impact to the universal energy that influences our lives.

The moon does not produce its own light, it is a reflection of the light of the sun. This is the reason for the moon’s phases, a change in the way that the moon appears relative to the amount of light that the sun extends in its direction. As the Earth moves between the two, this light is hindered or altered. Many who buy into the study of astrology believe that this light is also the source of the Moon’s energy, shifting and altering with the change in the moon’s phases.

However, this energy, as with most influences that we experience in the universe, is finite. Approximately 2 ½ to 3 days after each moon phase, its influence is delivered. At this time, it continues to exist much like someone standing holding an empty box, with nothing of importance left to deliver. Why is this important? This creates another shift in the energy that we recognize. At this time, it no longer holds any significant role in one’s astrological chart. It is merely a time of transition.

Astrologists believe that all decisions actions should be taken when the moon is not void of course, as this will allow us to leverage the moon’s energy in our efforts. This includes the scheduling of major job interviews, the start of a new relationship, or the presentation pitching a new idea in relation to your career.

When the energy of the universe is moving forward, it is an optimal time for us to jump in and leverage the current. For this same reason, if we are experiencing a situation I which the energy is backward moving it is generally advised that we take steps to compensate for this shift, overcompensating for the change. However, when this energy has stalled we are in a position where one can become trapped or ‘comfortable’.

This isn’t to say that the moon void, of course, doesn’t provide us with an important opportunity. This is the perfect time to tie up loose ends and complete projects already in the works. Rather than looking forward, take some time to reflect and identify the tasks and movements you can impact today. After all, it is a window where nothing new is going to come crashing down on our lives until the moon moves, once, again, into the next phase.

Finally, and arguably the most important, moon void, of course, is the ideal time to embrace your existing relationships with friends and family. Sure, it will likely stall any efforts to connect with someone new, but why not make the most of it? Focus your attention on existing connections in your life, providing you with the opportunity to strengthen these connections and establish a deeper level of trust.