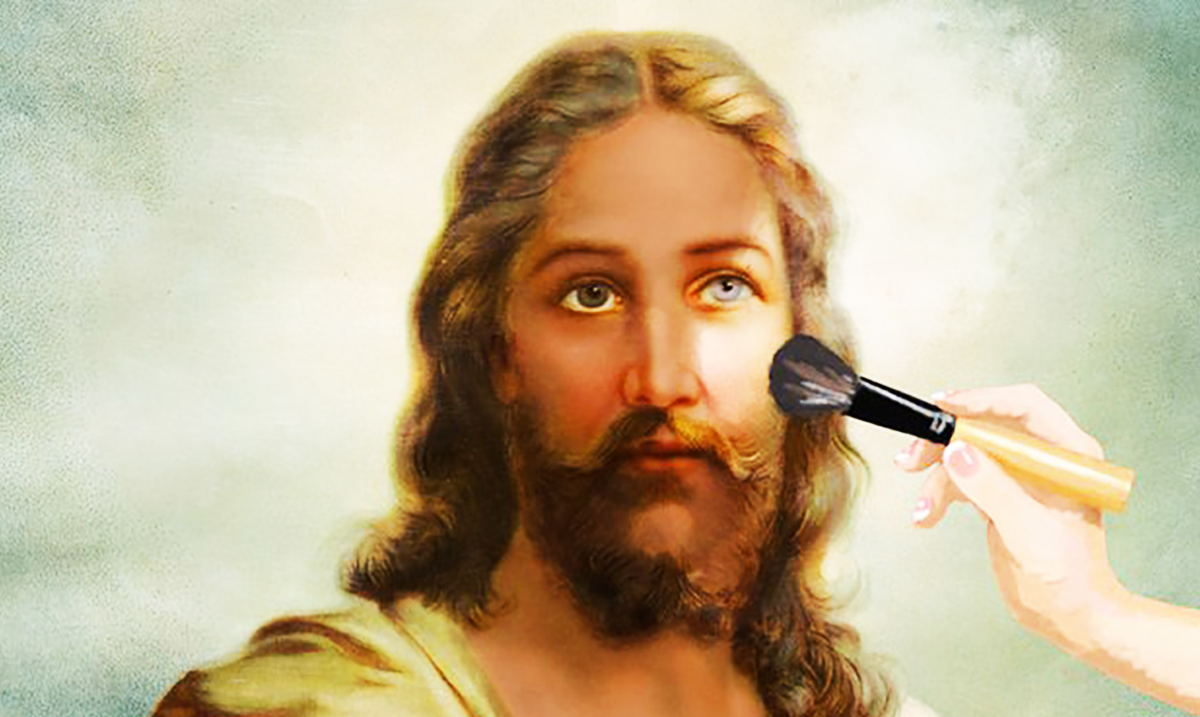 When you are asked to picture Jesus Christ, the image that comes to mind is likely a white man with long hair, light radiating from behind his head – the iconic image that graces the walls and stained-glass windows of many churches. But was Jesus really white?

If you take the time to read through the New Testament, you will find that there is no actual description of Jesus that would answer the question as to what he would look like when he walked among his disciples here on Earth. This lack of assigned race or appearance hasn’t stopped us from creating our own images, however, an image that isn’t necessarily true from culture to culture, church to church.

Over time, the Western church has adopted a version of Christ that clearly represents their own appearance and accepted concept of beauty. He is perceived as a beautiful fair-skinned man, wish some depictions even showing light-colored hair and blue eyes. His appearance is one that is designed to leave us in awe, the stunning and majestic being that he was, the son of God himself.

However, if you make reference to the Old Testament, you will find that there are passages vaguely referring to the man. For example, the book of Isaiah 53:2-3 reads, “He had no form or majesty that we should look at him, and no beauty that we should desire him. He was despised and rejected by men; a man of sorrows and acquainted with grief. And as one from whom men hide their faces, hew as despised, and we esteemed him not.” The description is incredibly different from that which we have come to accept. Rather than describing him as a vision of beauty, this description is vastly different, clearly stating that he had ‘no beauty that we should desire him’.

The Bible even states in the book of Matthew that in order for Jesus to be identified by the mob, Judas had to give a sign. How could a man as amazingly beautiful as our modern-day image of Christ not stand out from his disciples enough to be recognized?

So, if our current vision of Jesus is inaccurate, what would he have looked like? Many historians point to the geographic location that the Gospels are believed to take place. In doing so, it would reason that Jesus is, in fact of Middle Eastern descent. Many experts conclude that he would have looked like an ‘average’ Galilean Semite of his time, with shorter hair and little or no beard, his skin olive-colored and tanned dark from the sun.

Why is this important? Many cultures have been careful to portray Jesus as necessary to support their own beliefs but consider, for a moment, if the Nazis of Germany had to accept that Christ himself wasn’t Aryan, but rather a Middle Eastern man. Would this acceptance in our modern American society change our view of asylum seekers both in the church as well as our society as a whole? Would it encourage us to have a more open mind?