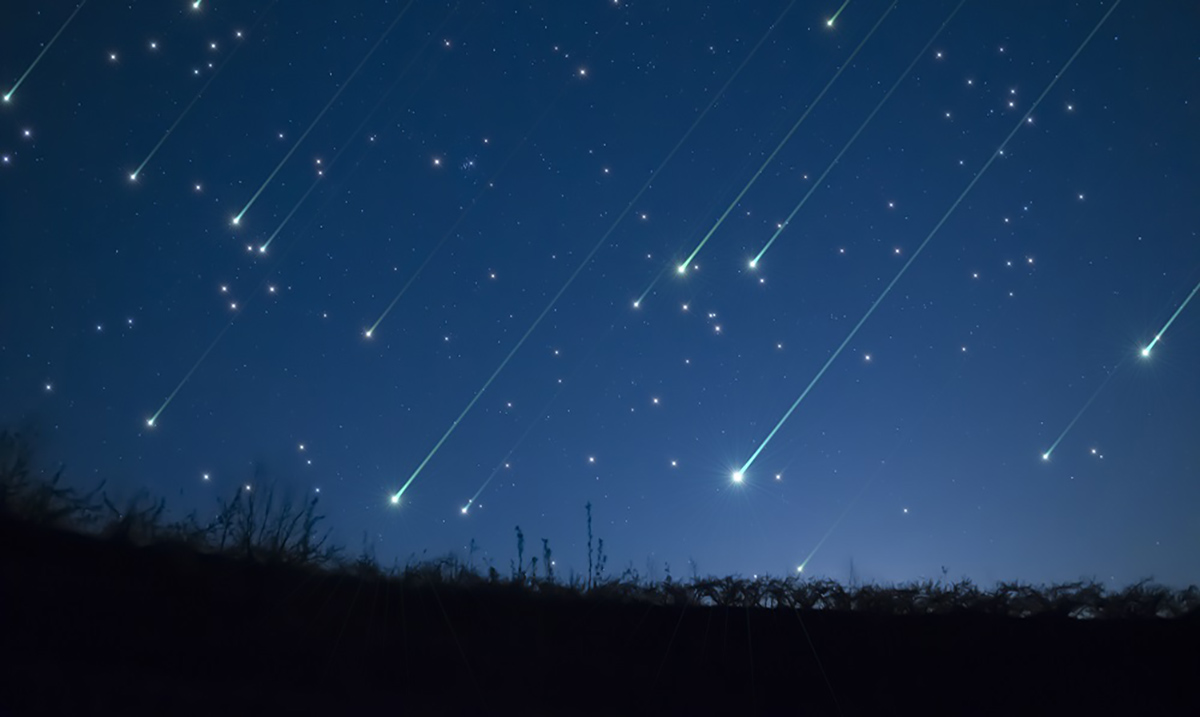 The Spectacular Lyrid Meteor Will Be the Most Amazing Show You Ever See, And It’s Happening This Weekend

By Elizabeth DeVille April 19, 2018 No Comments

Each year in April those of us in the Northern Hemisphere are blessed with an amazing sight – the Lyrid meteor shower, and this year it coincides with Earth Day! The event started last weekend and will continue throughout the rest of the month, however, the peak viewing hours will occur this weekend, starting on the evening of Saturday, April 21st and continuing into the morning of April 22nd.

One of the oldest meteor showers, this annual event occurs as the Earth crosses the orbital path of the Comet Thatcher. As we cross pieces of the comet will enter our upper atmosphere causing them to burn up and light up in our night sky. 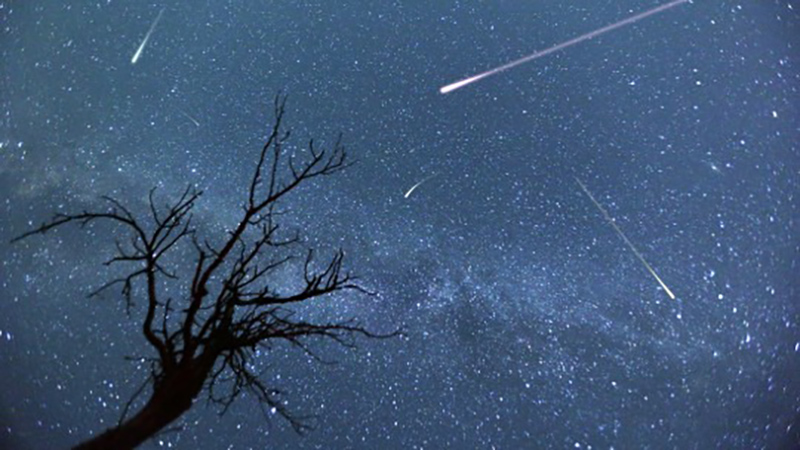 For those seeking their best vantage point, the meteors will radiate from the constellation Lyra, a small constellation located near Draco and Hercules. If you aren’t familiar with the constellations, don’t worry! The Lyrid meteors will streak in various directions appearing across the sky as a whole at random times. With up to 20 meteors per hour expected during the peak, your odds of catching a good view on the weekend are high.

For the best viewing opportunity, try to find a location free from major light pollution. This means that those of you living in major cities may need to go for a road trip out to the countryside in order to see the show. Locate an open area free from tall buildings, trees and other obstacles that may interfere with your line of sight. While the meteors will be present earlier in the night, the waxing moon will make it harder to see. The moon will set around midnight local time, and the hours that follow will be your prime viewing opportunity.

The meteors will stand out in the sky without the aid of any tools, so telescopes and binoculars will not be required. Unlike the precautions required with an eclipse, the meteor shower is completely safe to view with the naked eye.

There is only one potential difficulty that Americans may face while trying to get enjoy this sight, and that is the weather. Accuweather released a map of the expected visibility across the country and it shows that a good majority of Americans like in an area that is considered to have good or fair visibility Saturday night and Sunday morning, however, one large portion of the country will be limited with poor visibility. 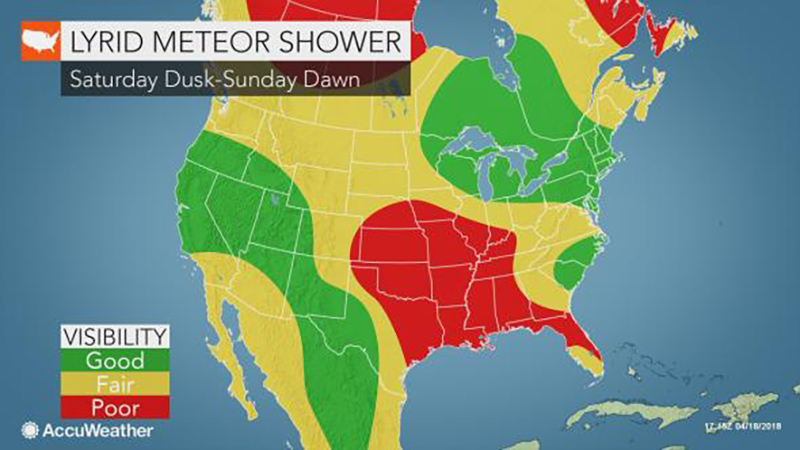 For those sky gazers that are looking to take in more sights like this, rest assured that the Lyrid meteor shower certainly isn’t the only one that you can take in this year!