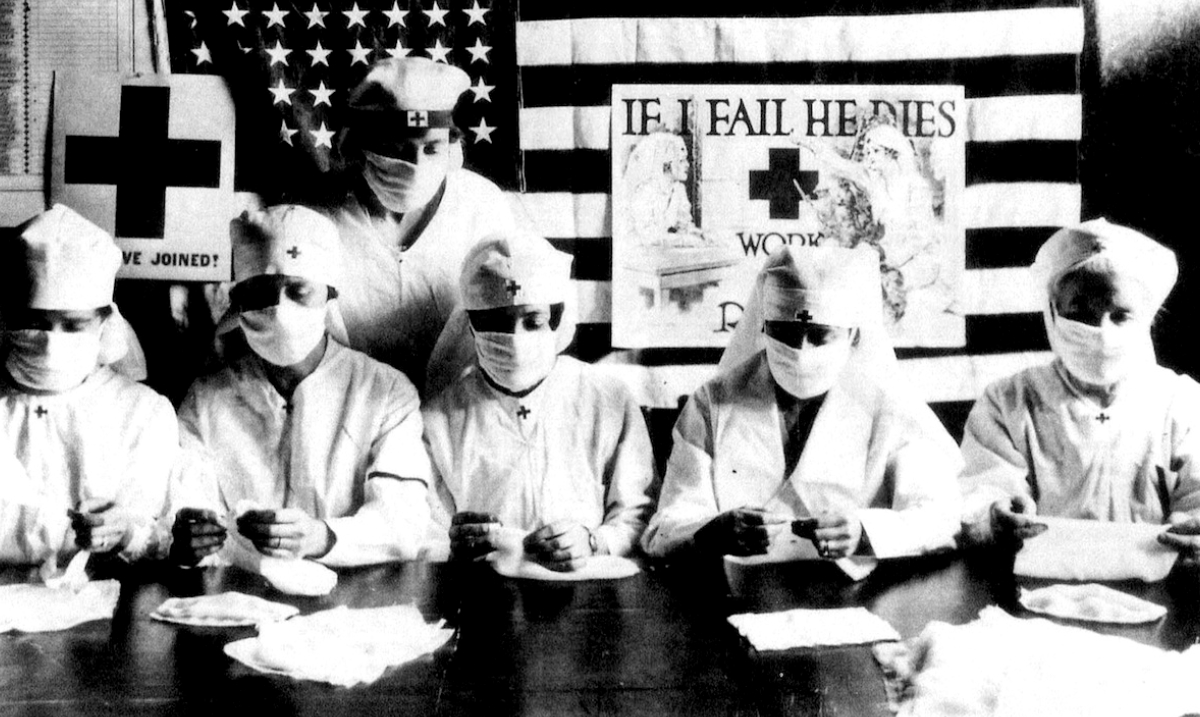 The Same Flu Virus Responsible For The 1918 Pandemic Is Back

If there is one thing health-related that the winter months have come to be known for, it’s the return of the dreaded flu. While most strains are nothing more than an inconvenience, the most popular strain circulating today has proven deadly in the past.

The Centers for Disease Control and Prevention (CDC) officially signaled the start of the 2018/2019 Flu Season in a news release on December 21st, a time that so many of us dread. While it is impossible to determine how severe this season will be, the fact that the H1N1 strain of the flu is trending as the dominant strain in the United States is a cause of alarm for many.

Most people are familiar with the initial emergence of the H1N1 flu virus, otherwise known as the ‘swine flu’ in 2009. Genetically this specific H1N1 virus had never before been seen in human circulation, believed to have originated from a process known as reassortment in which two or more viruses are actually able to swap genetic information, creating a new and slightly different virus. While the concept of virus reassortment may sound frightening, like something out of a sci-fi movie, it is actually quite common in the natural world and rarely results in a virus that causes serious concern for the human population.

This isn’t the first time that the H1N1 influenza virus has appeared in human history, however. In 1918 a particularly deadly flu pandemic strike that became known as the Spanish Flu despite the fact it certainly wasn’t limited to one area of the globe.  In fact, the ‘Spanish Flu’ has been recorded as the deadliest pandemic in history, infecting approximately 500 million people around the world, and directly linked to the deaths of approximately 675,000 Americans.

Before you lock yourself in your home, refusing to emerge until the flu season has passed, we are not going to see a pandemic to the level of the Spanish Flu for a number of reasons. First, modern medicine has grown and evolved providing us with medication to help combat the virus, drastically changing the outcome for those that are infected. Secondly, flu viruses change over time, so the H1N1 that we see today is not the same version of the virus that existed at the time. This is a result of repeated infections and mutations, slowly altering the very foundation of the virus as it moves from carrier to carrier.

That being said, there are still concerns regarding its re-emergence, particularly in less privileged areas. “Because most of the world does not have access to the same level of prevention and medical care as developed countries, the greatest burden of an influenza pandemic can be expected to affect those least privileged,” explained a team of researchers in a paper published in the journal ‘Society of Critical Care Medicine’. “Globally, environmental issues such as cold climates, lack of sewage systems, and lack of quality housing with amenities such as central heating are likely to contribute to excess mortality.”

While the risk here in the United States is much lower, there are still steps that you can take to protect yourself and lower your risk. The CDC recommends the yearly flu vaccine to fight off many strains of the virus and prescribed antiviral drugs in the event you do find yourself feeling ‘under the weather’. Additional preventative measures include regular hand washing, covering your mouth and nose when coughing and sneezing, and disinfecting any surfaces or objects that may be at risk for contamination.