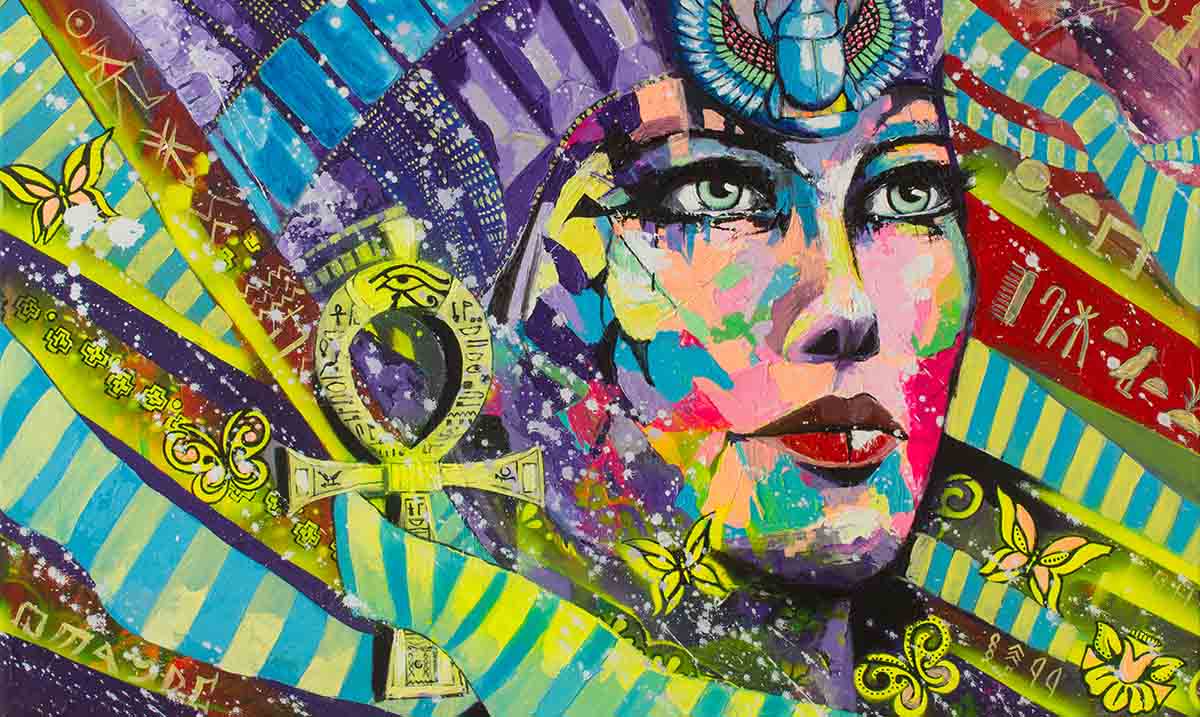 The Fascinating Truth Behind the Ankh, and How It’s Still Relevant Today

By Elizabeth DeVilleSeptember 4, 2018No Comments

One of the most recognizable symbols that came out of ancient Egypt, the Ankh cross is often seen displayed on tombs and temple walls. What did this mysterious sign stand for, and why is it still so popular today?

Also known as the ‘key of life’ or the ‘cross of life’, the Ankh is usually portrayed as a plain gold cross with a loop at the top, although it can sometimes be ornamented with decorative flourishes. A symbol of the afterlife and the mortal condition, the symbol was largely associated with the goddess Isis. One theory of the symbol’s origin described it as coming from her belt buckle, it was recognized as a symbol of fertility.

Scholar Adele Nozedar explains, “The volume of meaning that can be squeezed from such a simple symbol is awe-inspiring. The ankh represents the male and female genitalia, the sun coming over the horizon, and the union of heaven and earth. This association with the sun means that the ankh is traditionally drawn in gold – the color of the sun – and never in silver, which relates to the moon. Putting aside the complexities of these separate elements, though, what does the ankh look like? Its resemblance to a key gives a clue to another meaning of this magical symbol. The Egyptians believed that the afterlife was as meaningful as the present one and the ankh provided the key to the gates of death and what lay beyond.”

In this way, the symbol represents all stages of life and death, from the initial conception through to death and the afterlife. The cross is a symbol that extends across many different cultures, representing life, while the circle is associated with eternity. In fact, some researchers even believe that the history of this symbol and its deep meaning dates back further than ancient Egypt, citing ties to the lost civilizations of Atlantis and Lemuria.

In time, the symbol gained importance to the early Christians of Rome, where the symbol was often used as a sign of fertility. In time, it came to be seen as a version of the Christian cross, a symbol of eternal life through Christ. Author Adele Nozedar wrote, “Powerful symbols frequently stray across into other cultures despite their origins and the ankh is no exception. Because it symbolizes immortality and the universe it was initially borrowed by the fourth-century Coptic Christians who used it as a symbol to reinforce Christ’s message that there is life after death.”

Today we are seeing a resurgence of the symbol, with current stars and Americans across the country sporting ankh tattoos and jewelry. What is it about this symbol that still speaks so clearly to us? Reintroduced to our modern culture by the film ‘The Egyptian’ as ‘the cross of life’ it has since been picked up by a number of subcultures including hippies and the gothic movement and continues to be portrayed in movies, television shows, comic books, video games and musical albums. It is embraced as a symbol of immortality and eternal life. Some even believe it has taken on meaning with the Illuminati!