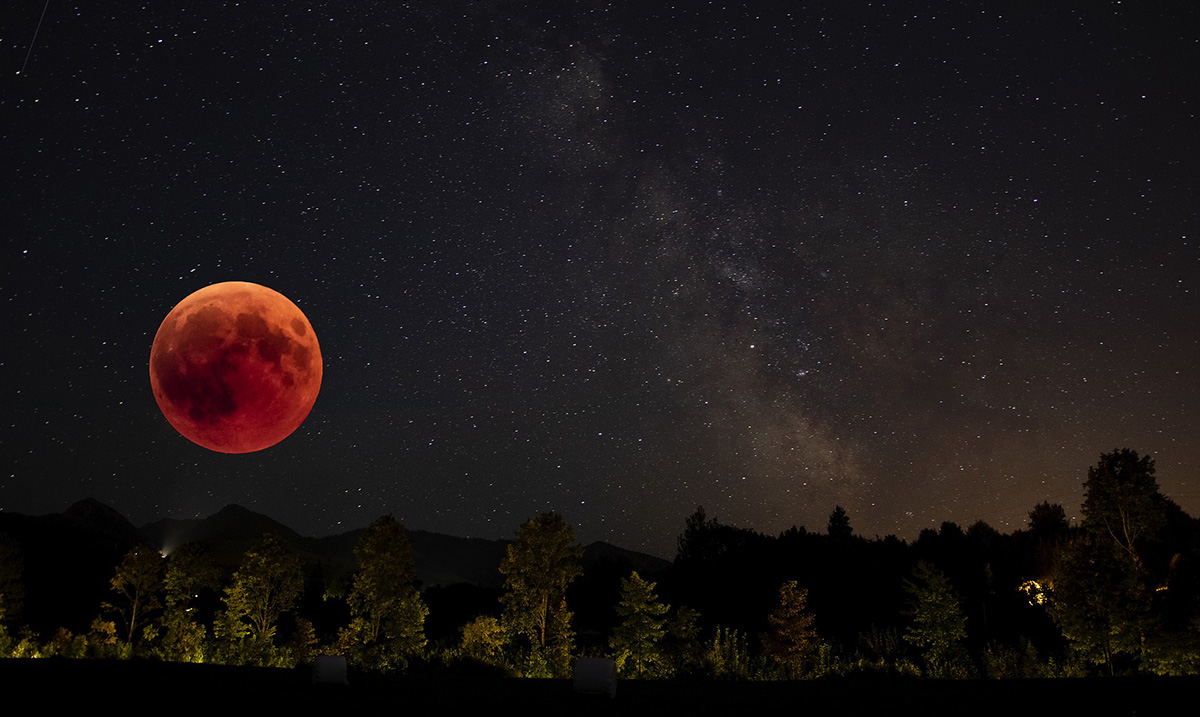 The Blood Moon Isn’t Going To Bring The ‘End Of The World’, But It May Cause This Instead

By Elizabeth DeVille January 15, 2019 No Comments

With the blood moon set to hit the skies on January 20/21, the internet has been going a little wild as predictions about the end of the world surface. Rest assured, life as we know it isn’t going to come to a grinding halt that night, but the energy of this total lunar eclipse will certainly be felt around the world.

A blood moon is a phenomenon that occurs as a result of a total lunar eclipse. When the Earth moves between the sun and the moon, blocking its light, the small amount of light that makes its way around our planet is filtered through our atmosphere, refracting it and causing it to appear reddish.

It’s a phenomenon that has triggered great interest and even sparked ‘doomsday’ style predictions over the years. One of the best-known end of times predictions relating to the blood moon is said to be predicted in the pages of the Bible. The Book of Joel 2:31 states, “The sun will be turned into darkness, and the moon into blood, before the great and terrible day of the Lord come.” This passage has been referred to with the approaching of each blood moon, however, here we are – So, evidently, each blood moon has passed without incident.

While the ‘end of times’ predictions are likely nothing more than fear-mongering, astrologists do assign significance to this phenomenon. In order to fully understand it, however, you must first understand the role that the moon’s energy plays in our daily lives. Said to be the ruler of our emotions, the moon influences not only how we feel, but in also the way we perceive the world around us, how we naturally react to various situations and our instincts. For this reason, anything that alters the moon’s energy will, in turn, alter the way that we ‘feel’ at that moment. Furthermore, the blood moon occurs on a full moon, which is said to be the moment of highest emotional intensity in the lunar cycle.

The moon’s energy isn’t the only energy to take into consideration when attempting to understand what we are about to experience. Each of the planets has the ability to influence and alter our experience in their own way. This specific eclipse is going to occur with Saturn conjunct Pluto, introducing an energy of change, destruction, and rebuilding. Where this will occur in our lives may differ from person to person, potentially triggering the end of your current career and the start of a new one (Pluto’s influence), or a significant change within the family (Saturn’s influence).

What we do know is that this is going to be an incredibly challenging time for everyone. You are going to face obstacles and struggles in your life that may appear, at the time, to be impossible. At least one area of your life is going to appear to be falling apart. However, try to remember that this doesn’t mark the end. Things are falling apart so that they can be rebuilt bigger and better than ever.