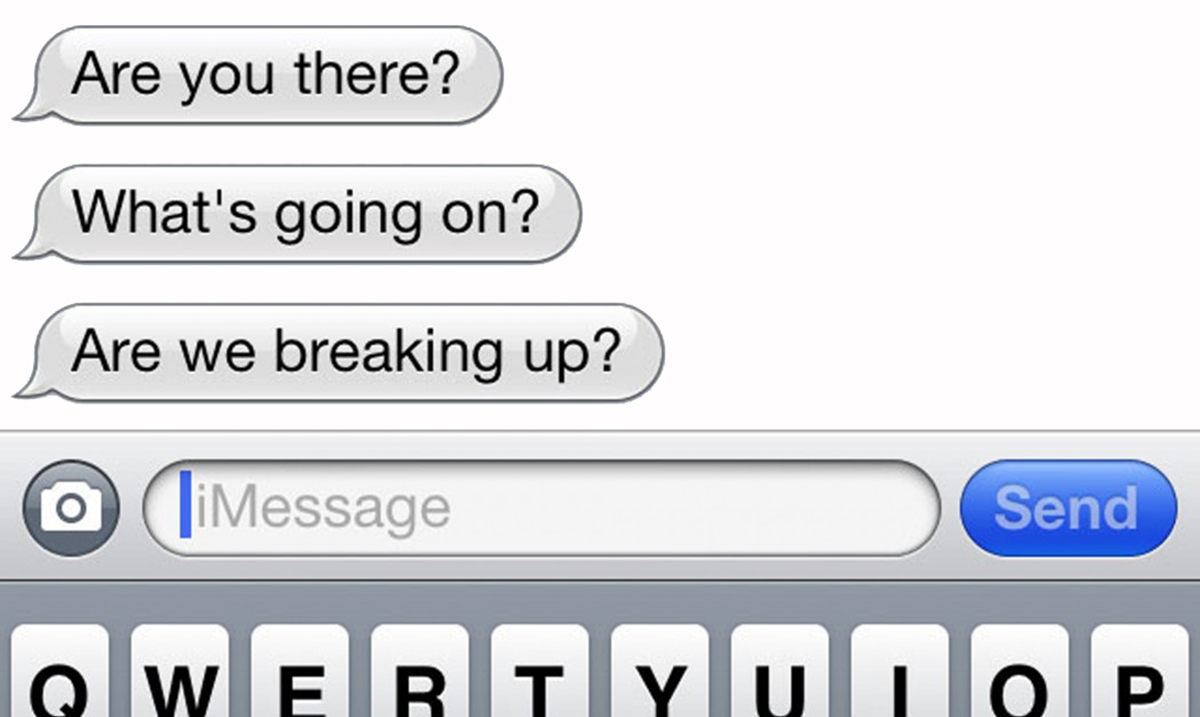 The 8 Cruelest Ways to End Your Relationship

Love is a beautiful thing until it’s not anymore. When relationships come to an end, this can be a highly emotional time for all parties. However, if you’re the one calling it off, there are a few unnecessarily cruel ways you should probably avoid!

While we would like to believe that every relationship we enter into is ‘the one’, the odds certainly aren’t in our favor. As they say, we need to kiss a lot of toads before we find that perfect someone. However, we shouldn’t be forced to settle for less than a fulfilling relationship. It’s not going to be easy, but you owe it to yourself and partner, to be honest.

Ending your relationship isn’t going to be easy, but there are some situations that can make this whole process so much worse!

Avoid these 8 cruel ways of ending your relationship:

The general rule of thumb is that honesty is the best policy, and this continues to ring true for relationships as well. While it may seem more compassionate at the moment to avoid telling them the reason why you don’t want to continue going out, they will always find out the truth eventually. When that time comes, it’ll be twice as difficult as they will have to face the emotions behind the reasons as well as the fact you lied to them. It may not be comfortable but stick with the truth.

This one goes hand in hand with the point of lying. If things are starting to go wrong, don’t continue to lie and put up a front, acting as if your relationship is perfect. Leading your partner along in this way only to pull the rug out from under them is incredibly painful. When we are in a relationship that we know isn’t doing so well, this provides us with an opportunity to either attempt to make amends, or to process and accept that things are headed south. This doesn’t mean that you have to necessarily give them another chance – if the relationship is done, then so be it, but be honest about this.

Rather than actually addressing the reasons why the relationship isn’t working, those who choose this passive-aggressive way of breaking up suddenly just disappear with no contact or explanation at all. This is so common that some experts estimate as many as 50% of today’s dating crowd have experienced it at least once. However, this action can be incredibly hard on those on the receiving end as it provides no closure. The one being broken up with is left wondering if they did something wrong while also feeling the rejection of the failed relationship, a combination that can hit one’s self-esteem pretty hard.

As if it isn’t hard enough to watch your relationship fall apart, to have your partner call it out in a public setting adds to the pain. Dealing with the emotions surrounding a breakup can be hard enough, but to have to do it with everyone else around you aware of what’s going on robs you of the opportunity to properly process your thoughts and feelings. Show your soon-to-be-ex-partner the respect of allowing them to work through their feelings in the comfort of their own home without feeling like they are living in a fishbowl.

In today’s society, we rely on technology for everything. However, it’s important to remember that there is a time and place for everything, and technology may not always be the answer. While a text may be appropriate for a casual relationship just getting started, if you have been with someone for a significant amount of time, show them the respect to tell them yourself. Furthermore, adding to the previous point about public breakups, to call it quits via social media, such as on Facebook, is a very public forum. Sure, you will eventually need to change that Facebook status but take the time to let your soon-to-be-ex-partner know what’s happening first.

Not quite as abrupt as Ghosting, the gradual fade is still passive-aggressive in nature. Rather than addressing the problems in your relationship, these individuals slowly make less and less contact with their partner until one day they’re just gone. Often the ‘fade’ portion of this process is so subtle that those involved don’t even notice that it’s happening until they are looking back on the chain of events. For this reason, it can be just as difficult to handle emotionally as ghosting.

When you are ending a relationship, it’s safe to say that there is a reason the relationship is coming to an end. However, going out of your way to point fingers and place blame only adds unnecessary pain and heartbreak to the process. It takes two to tango, and unless this is a situation involving extreme betrayal (like abuse) there is likely blame to be shared by both partners. Don’t try to make this process easier on your self by shifting everything to your partner, that’s unfair to them. Be an adult, accept your part of the responsibility and move on in a mature way. You may even learn something about yourself to improve your odds in the next relationship.

This is surprisingly common, and yet one of the most toxic and disrespectful ways one could consider ending a relationship. If you honestly believe that your relationship is finished, that’s fine, but address it and calling things quits before your move on. Cheating on someone simply because you didn’t want to step outside of your comfort zone and tell them the truth piles on the pain as they now have to deal with your breakup and the heartbreak of infidelity. This can be completely devastating. Show them this one last sign of respect and let them know it’s over before pursuing new opportunities.

This was a question posed on Reddit, turning to the online community to discover the ‘worst way to break up with someone’, and its users provided some heartbreaking examples:

“I left a note on the fridge that I was breaking up with her and went drinking with my friend for the night. Kind of awkward for the remaining 2 months we lived together.” – EhBatman

“An ex-girlfriend wrote ‘I’m breaking up with you’ on a German chocolate cake. She knew that I hate chocolate.” – amiagrownupyet

“I got 2 of them! First one, by posting on fb that she couldn’t wait for her date on the weekend with the cute guy from her office… two weeks after accepting my proposal. Second one, she ghosted me for 2 days then kinda had her sister tell me. If it wasn’t for those breakups I wouldn’t be with my bestfriend/wife, so it all worked out.” – Owen81

“The way my ex did. The text said ‘This is over. This is non-neogtiable.’” – melesana

“After a 7 year relationship, 6 of which living together, and 2 of which were married, go totally AWOL for two weeks, requiring a missing persons report, then show up to tell them you’re leaving for another person on a interstate border town in a rural area. That sucked.” – aussieaj86

“By having a mutual friend (who they then get together with) break the news to you.” – mischiefmaehem

“Say they’d rather be dead than be with them. Source: happened to me” – Sorrowwolf

“I dumped someone on Valentines Day once. That was pretty brutal.” – its_not_appropriate

“Yeah got ghosted before. Liked each other and on the first date we both decided that we want to try this for real. I sent him home and he gave me a kiss. The next day just stopped replying my texts and started texting other girls. Took me 3 weeks to get it out of him that he didn’t want to date a vegetarian. What a coward.” – eshildaaaa

“On my part: at the reception at his best friend’s wedding. In my defense I was planning on doing it another day but he ‘knew something was wrong’ and kept bugging me and bugging me and finally I just blurted out that I wanted to break up and bailed. I was 18 and dumb, sorry Tom.” – warmerbread

Image via The Things I Learned From