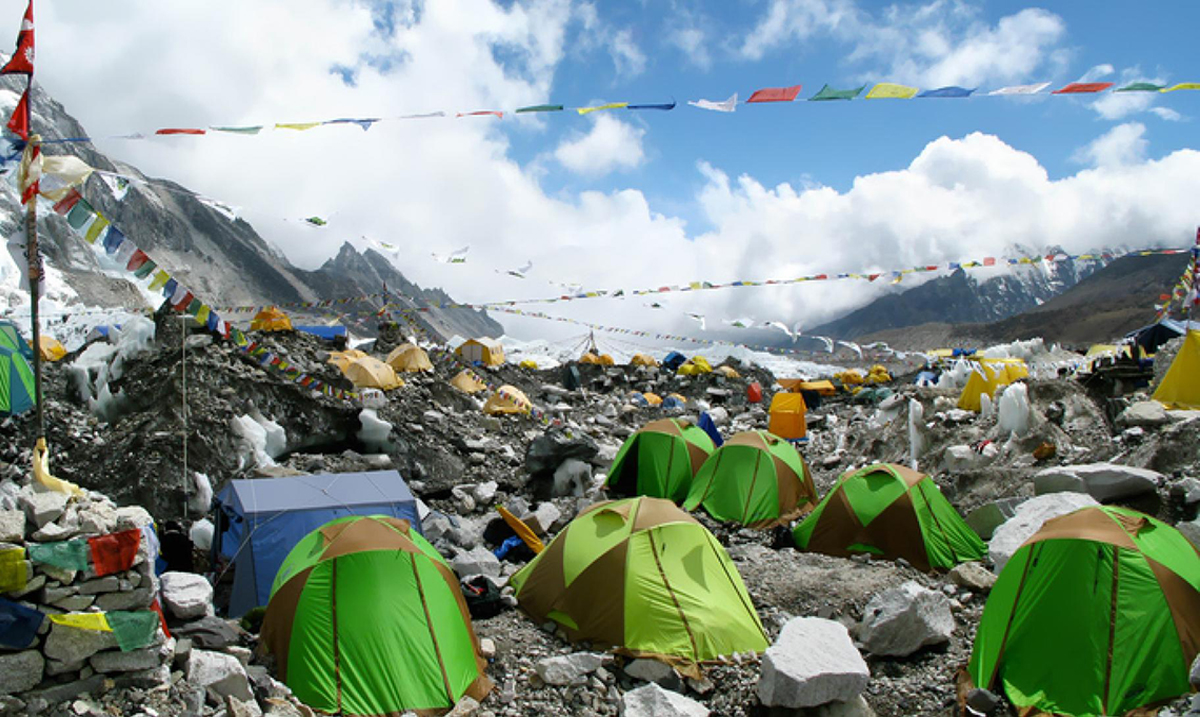 Thanks to Humanity, Everest Is Literally A Massive Trash Pile

There is no denying that Everest has always been seen as a location of wonder and awe. Over the years, countless people have gone as far as risking their lives to venture up the mountain, attempting to conquer the highest point on earth.

Everest is located along the Chinese-Nepalese border, part of the well-known Himalayan mountain range. The mountain is estimated to be more than 60 million years old and has been attracting climbers, tourists, and adventurers since the first attempts to climb the mountain in the early 1900s. There is controversy as to who was actually the first to summit. Mallory and Andrew Irvine made an attempt in 1924, never to return from their expedition, however, some believe they reached the summit prior to their untimely deaths. Others credit Sir Edmund Hillary and his Sherpa Tenzing Norgay for being the first to summit in 1953. Either way, it is estimated that just under 1000 people will attempt to climb the mountain each year.

Unfortunately for many, the number that summit is far lower. Most of those who attempt to climb the mountain will turn around, unsuccessful in their attempts. For a few, the attempt will be the last thing that they do with Everest claiming 240 lives to date. These deaths occur as a result of avalanches, high winds, freezing temperatures, unexpected storms and the impact of such extreme altitudes on the human body.

Despite the risks, tourists flock from all over the globe for the opportunity to add their name to this of those who have climbed this epic mountain. Paying on average $25,000 to $100,000 per person just for the climb, prior to worrying about costs like their own personal climbing gear, it should come as no shock that many of those who show up are the wealthy among us. Now reports are showing that these wealthy tourists are leaving an incredible amount of waste behind for the local Sherpas to address.

How much waste is an incredible amount? It is estimated that over 26,000 pounds of human excrement are removed from the mountain every season. In addition to the disgusting amount of human waste, climbers abandon tents, broken climbing equipment, empty gas canister and other litter all over the camps and slopes. Melting glaciers, a result of global warming, has begun to expose piles of trash that have accumulated for years, dating as far back as the earliest climbers.

The local governments have made an effort to try to cut back on this waste. Five years ago, Nepal began to enforce a new rule, requiring that ever team climbing the mountain pay a $4000 rubbish deposit. The only way that the team receives their deposit back is if each climber on the team brings back a minimum of 18lbs (8kg) of waste. Meanwhile in Tibet, there is no deposit, however ever climber is still expected to return with 18lbs (8kg) of waste, or they will be fined $100 for each kilogram that they fall short of that number.

The results have certainly helped to address the problem with the Sagarmatha Pollution Control Committee (SPCC) reporting that 25 tonnes of trash was brought down on the Nepal side of the mountain in 2017, but this is only a start. Many of the climbers simply don’t care, willingly paying the fines or giving up their deposit rather than being bothered with the cleanup efforts.