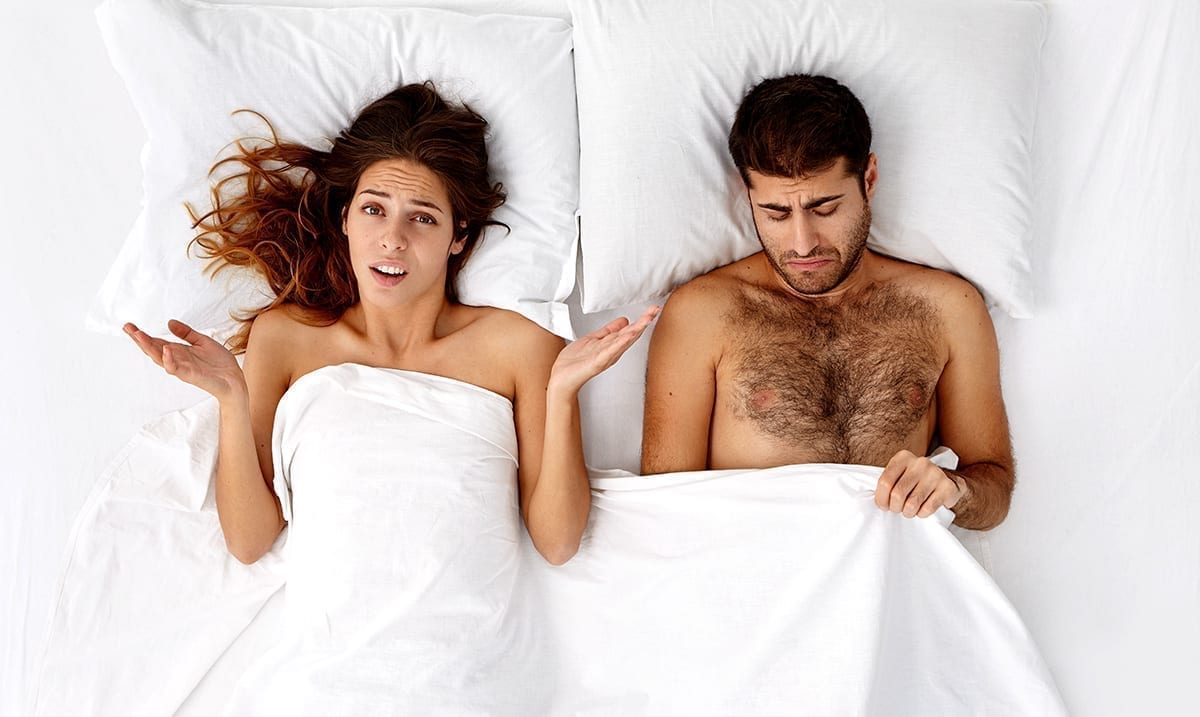 If you have ever reunited with an ex, then you know the emotional and mental struggle that it can bring. Is this individual back to rekindle true love, or is this really a test to see if you learned your lesson the first time around?

It’s a mistake that many of us have made, often more than once. You want so badly for a relationship to work out that you find yourself giving second, third and fourth chances. Each time you take them back, you hope that something’s different, that they are different in some way. However, more often than not the experience will leave you hurt and heartbroken, once again living the harsh reality of your breakup all over again.

They say that every experience in life is meant to teach us a lesson, but have you actually learned these lessons? Maybe, instead of returning to your life to reignite the old flame that once burned between you, your ex has returned to test whether you’ve grown and evolved from the past, or if you’re simply going to make the same mistakes from your past. Take a step back and try to look at the situation from an unbiased point of view…

Here are a few reasons you should think twice before taking your ex back into your life:

#1 – The failed to commit to you fully the last time you were together.

Commitment is an important part of a healthy, lasting relationship. We may love, admire or have fun with someone, and that’s great, but if a relationship is going to last over time it is going to require two people willing to commit to the hard work and compromise required. If your ex has previously shown you that they are either unable to or unwilling to commit to you and your relationship, this is a red flag. What has changed that leads you to believe that this is any different now? You don’t need games and drama – so either they are willing to take that step now, or you are better off just walking away.

#2 – Take stock of what was missing the first time around.

Allow yourself to take a moment and do some serious self-reflection. Specifically, focus your attention on the relationship in your past. What was missing from your relationship? Most importantly, were you happy? Often, we find ourselves settling for less or staying in a relationship that we know is ‘missing something’ simply because it’s easy, or we question if we can do better. Now that you have had time to discover yourself as a single, independent individual, embrace you! You deserve respect, affection, laughter and everything else that love can bring. Don’t settle for less.

#3 – Don’t mistake a need to feel loved for loving your ex once again.

If you have been single for a while, you may find yourself longing for feelings of love and affection. After all, we, scientists have revealed that we are actually wired to seek human connection. It’s important to be careful that you don’t mistake this desire to connect with someone as a desire to reconnect with your ex just because they are there. While everyone deserves to find love, there are some relationships that aren’t meant to work out. Rather than repeating the mistakes of your past, allow yourself the opportunity to seek out something real.

#4 – Have they really changed, or are they just saying what you want to hear?

Any time that someone claims to have changed, take a step back and seriously assess the situation before you. While psychologists confirm that people really can change if they want to badly enough, it is not uncommon for people to say what they believe others want to hear, claiming to change when really, they aren’t prepared to do the work. Instead, as soon as they have regained your trust, there’s a good chance that they will return to their old ways. Don’t take their word for it, actions speak louder than words.

#5 – They have broken your trust in the past.

This isn’t to say that this point is a deal breaker in and of itself, but it’s certainly something worth serious consideration. Has your ex broken your trust in the past? That may have even been the reason why your relationship fell apart. The important thing to consider is whether or not they have taken any steps to remedy the situation. First, did they take responsibility for what happened? Did your ex ever apologize to your or try to set the situation right? Have they taken any steps to prove to regain and rebuild your trust? If they aren’t willing to take steps to remedy the situation, then they aren’t worth your time.

#6 – Have you already unpacked your emotional baggage, or are you still carrying it around?

Sometimes when we come face to face with our ex, it serves as a reminder of situations that we still need to address in our own lives. Are you still carrying pain and hurt from your past? If you are still struggling with emotional baggage from the past, it may not be in your best interest to jump into a relationship now. Instead, consider staying single and working on your own mental and emotional health. The old saying goes that you can’t truly love someone until you first learn to love yourself, and there is some truth that idea. Make yourself and your own well-being priority #1.

#7 – You broke up with them for a reason, don’t forget that!

At the end of the day, the most important thing that you can remember is the reason why you broke up with them, to begin with. Think back to the last time that you saw one another before you parted ways. Why did you decide to cut ties? Was it a minor argument, or were there deeper issues? It is important not to lose sight of why you were hurt the first time, or you may find yourself facing the same heartbreak all over again.