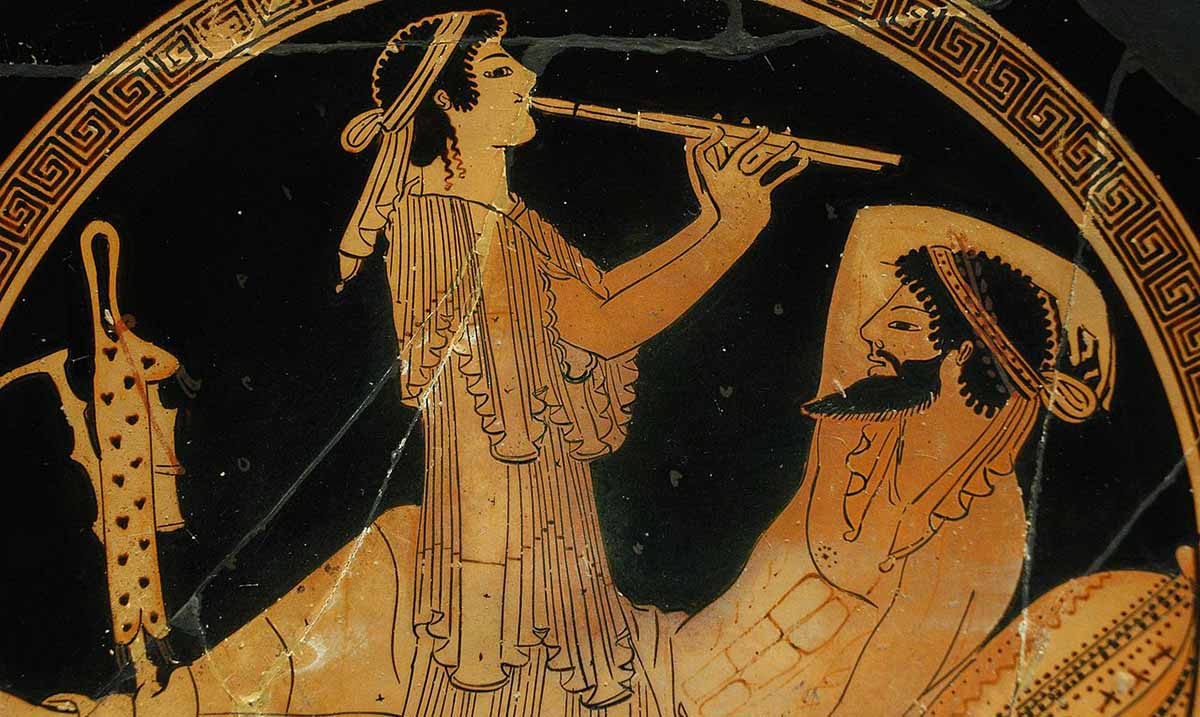 Researchers Have Reconstructed Ancient Greek Music, And the Results Are Pretty Weird

By Elizabeth DeVille October 22, 2018 No Comments

There is no denying the fact that music plays an important role in our daily lives, both as a source of entertainment and a cultural icon. In fact, the music industry in the United States is expected to top $22.6 billion by 2021! But have you stopped to consider the music that was loved and appreciated by those who came before us?

The study of music history can provide us with a unique insight into the past, not only revealing the style of music that a specific cultural group enjoyed – it’s more than that. The music of our ancestors reflects the culture at the time, including the political climate, newsworthy events, and all that was considered to be popular. Believed to be the ‘universal language’, it shapes the identity of each culture.

It is for this reason that researchers and historians have been working so hard to restore the available music of the cultures that came before us, including those researchers associated with the European Music Archaeology Project (EMAP). On their website, EMAP states, “Music is the ‘sound-evidence’ of Europe’s ancient common roots.”

The purpose of EMAP is to understand and highlight the cultural roots of Europe through the perspective of music. Why music? “Music has always been perceived as a primary need of any civilization worthy of the name,” explained the EMAP team. “Music can sometimes reveal little-known facts about ancient civilizations. It created a network of relationships and points of contact among European peoples long before we became aware of this common identity before the Old Continent became known as such and the ‘history of music’ began.”

While some music from the past is easy enough for us to understand and relate to, often showing similarities to our own music, there are some cultures whose music is so incredibly different from that with which we are familiar that it is difficult for us to understand. As was the music of the ancient Greeks.

While we have access to written music from that era, the notation is completely foreign to us, nothing like the musical notation that is practiced today. This prevents music historians from breaking down and analyzing the structure of the music in order to better understand the theory followed at the time. Instead, we are left with some recognizable sounds, such as that of the lyre and double-reed pipes, performing tunes that are considered ‘strange’ to the ear. While we long to better understand it, the many barriers in doing so have led many to consider this music a lost art.

However, a team of expert technicians including Robin Howell and a number of researchers associated with the EMAP worked tediously to reconstruct a few well-preserved aulis, wind instruments often played at the time. Barnaby Brown and Callum Armstrong, two highly skilled and talented pipers with a unique understanding of ancient music, then performed on these instruments using the rhythms of the ancient music. Unlike our modern music, there were no tempo markings, instead, the music was written like poetry and could be performed at whatever tempo felt ‘right’.

Interested in listening to the music of the Ancient Greeks? Check out this video: