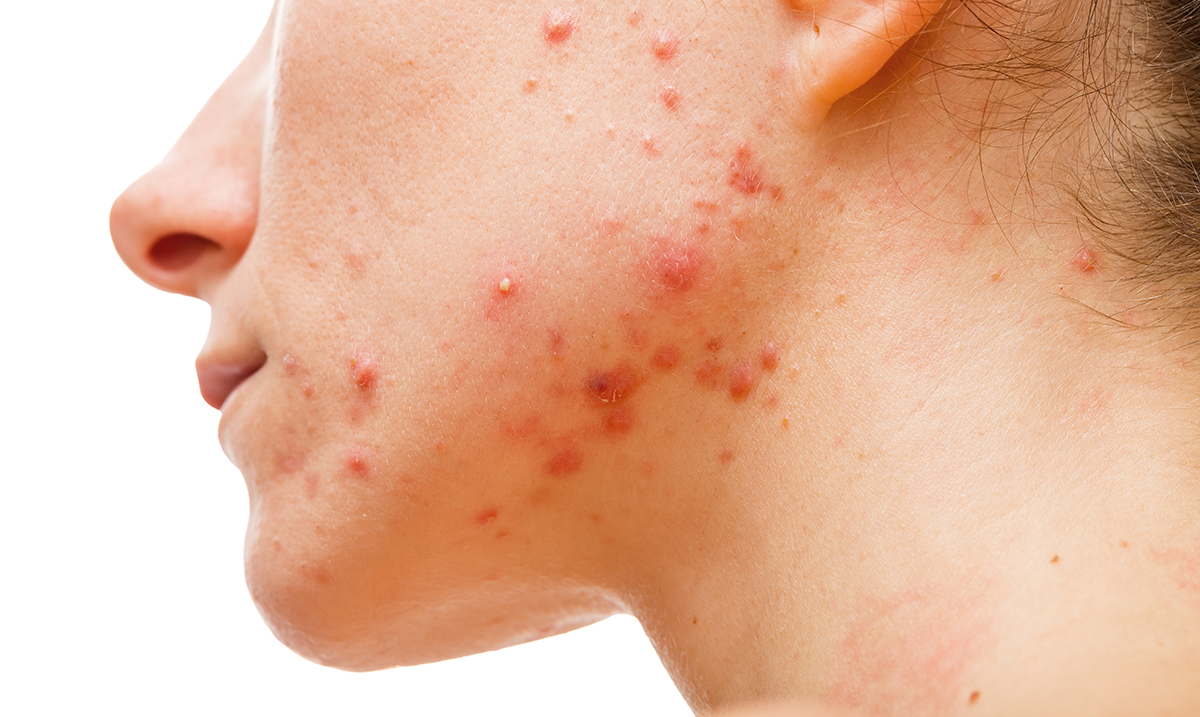 By Elizabeth DeVille October 14, 2018 No Comments

The most common skin condition in the United States, nearly every American will experience acne at some point in our lives. While many cases will be minor, occurring during puberty and passing with age, for others, this condition may continue into adulthood significantly impacting their lives. However, hope may be within reach.

The American Academy of Dermatology estimates that 50 million Americans experience acne annually, illustrating just how widespread the condition is in our society. In fact, it is estimated that Americans spend more than $1 billion every year to treat their acne! But what if this whole battle could be avoided? It may sound too good to be true, but a team of researchers has recently revealed important data that could lead to the production of an acne vaccine.

The process started by focusing on the cause of these blemishes and lesions so that they could target the source. Previous data had indicated that a toxic protein called Christie-Atkins-Munch-Petersen (CAMP) factor played an important role in the development of acne by triggering inflammation, and so the team focused on antibodies that they believed would combat this reaction.

In a pre-clinical study, the team investigated the use of these antibodies both in mice and ex vivo in human skin cells. The monoclonal antibodies were applied, and the team witnessed a decline in the growth of bacteria common to all 5 human strains of P. acnes. As such, the results would show that these specific antibodies could fight the appearance of acne before it even developed. These findings could bring hope to those who currently spend considerable time and money trying to fight the condition on an ongoing basis.

“Once validated by a large-scale clinical trial, the potential impact of our findings is huge for the hundreds of millions of individuals suffering from acne vulgaris,” explained the study’s lead investigator Chun-Ming Huang. “Current treatment options are often not effective or tolerable for many of the 85 percent of adolescents and more than 40 million adults in the United States who suffer from this multi-factorial cutaneous inflammatory condition. New, safe, and efficient therapies are sorely needed.”

While most people consider acne to be nothing more than a shallow concern regarding one’s appearance, experts reveal that the problem runs far deeper. The appearance of acne has been connected to low self-esteem, poor body image, social withdrawal, difficulty forming relationships, and depression. In some cases, it may even negatively impact one’s academic or job performance.

Not only does the potential vaccine bring hope for those suffering from acne, but it may also provide new options for the treatment of a number of other P. acnes-associated diseases. Found on the surface of even healthy skin, these bacteria have been found to secrete proteins that can lead to inflammation and cellular damage. This damage has been associated with heart infections, bone infections, post-surgery infections, sepsis, toxic shock syndrome, and prostate cancers.