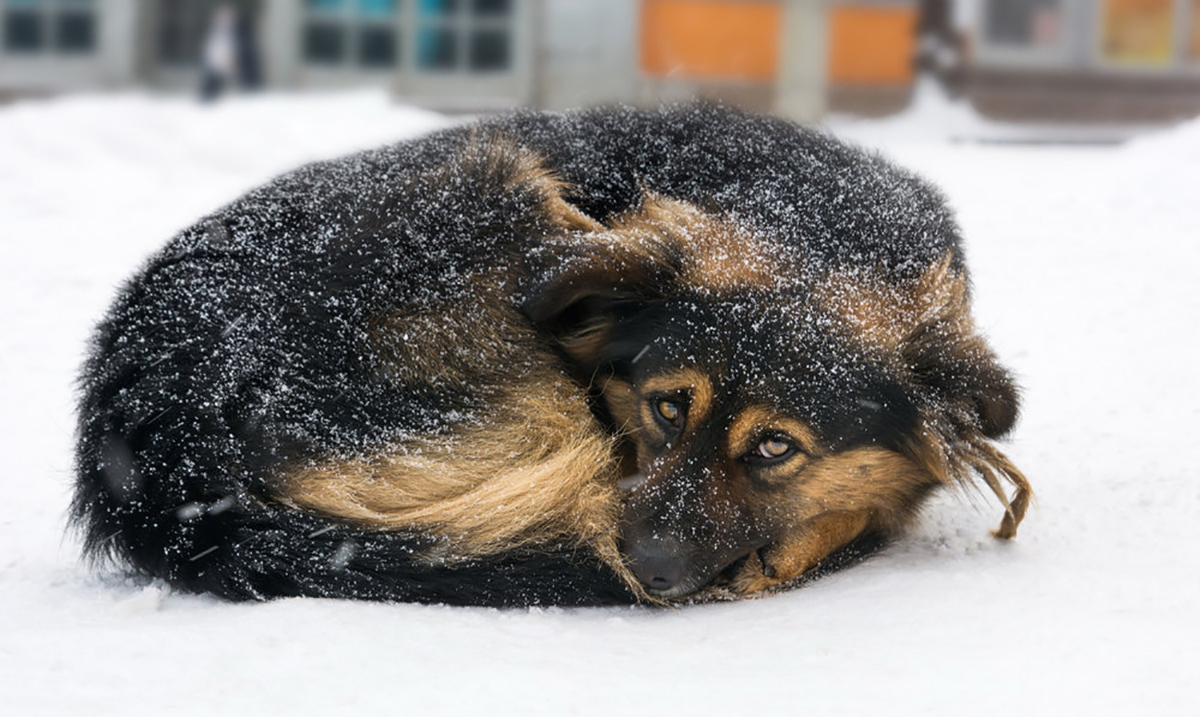 By Elizabeth DeVille November 22, 2018 No Comments

As the colder temperatures move in, many of us are turning up our thermostats or kicking on our fireplaces. However, across the country, thousands of dogs are left outside in the cold to fend for themselves in the extreme cold. Until now…

Last summer a new law called ‘Libre’s Law’ was passed in Pennsylvania, designed to protect the more vulnerable that rely upon us for their safety and well-being. I’m talking about man’s best friend, the dog. Many local politicians, animal rights activists, and animal lovers believe that this was a turning point in addressing the neglect of animals across the country, setting a standard for what the state would and wouldn’t accept.

The law states that no dog can be left leashed outdoors for longer than 30 minutes during extreme cold weather in which temperatures drop below 32 degrees Fahrenheit or extreme heat in which temperatures exceed 90 degrees Fahrenheit. Those found violating the law may be subject to a $750 file or up to 3 months of jail time. In situations demonstrating more severe neglect, the fines may increase, amounting to as much as $15,000 and felony charges may apply.

The law was named after a Boston Terrier puppy named Libre who experienced an extremely difficult start to his young life. In July 2016 the 7-week-old puppy was found alone on a farm in an enclosure close to death. Emaciated, dehydrated, covered in serious skin infections and barely breathing, rescuers weren’t sure that he would survive the ordeal. Miraculously, the little fighter made a full recovery and has since found a happy, loving home.

Libre’s story triggered an important conversation regarding the treatment of dogs, especially during extreme weather conditions. Too often these poor pups are left to suffer for extended periods of time simply because the current laws fail to adequately address the conditions that they may face. Supporters of Libre’s Law hope that it will, in turn, trigger a similar conversation in other states.

Unfortunately, some believe that the law is missing some key points, including specifying what type of housing is required for dogs that are left in an outdoor situation during conditions that allow for longer times outdoors. Furthermore, it also fails to protect dogs that are left outdoors but are untethered. That being said, it is still a significant step in the right direction!

As the winter weather moves in and temperatures continue to drop, the Humane Society of the United States (HSUS) encourages all animal lovers to familiarize themselves with the best steps to take if you do come across an animal that has been left outdoors without food or shelter. It is our job to speak up for those who are unable to speak for themselves!

First, take a moment to document everything that you see, as this could play a key roll in the investigation. This includes dates and times and descriptions of the conditions. If you have access to a camera or a smartphone, photographs and videos tell more about the situation than any description could accomplish. Once you have thoroughly documented everything, contact your County Sheriff’s Office or Local Animal Control Agency. Present all the evidence that you have collected. It is better to go through the proper legal channels rather than taking the law into your own hands in order to ensure that the offender is brought to justice.

If you have any questions along the way, please don’t hesitate to contact HSUS either by calling their office or sending an email. While they are now a law enforcement agency and therefore can’t press charges or act in a law enforcement capacity themselves, they are experts on the matter and will be able to provide you with accurate information and guidance.