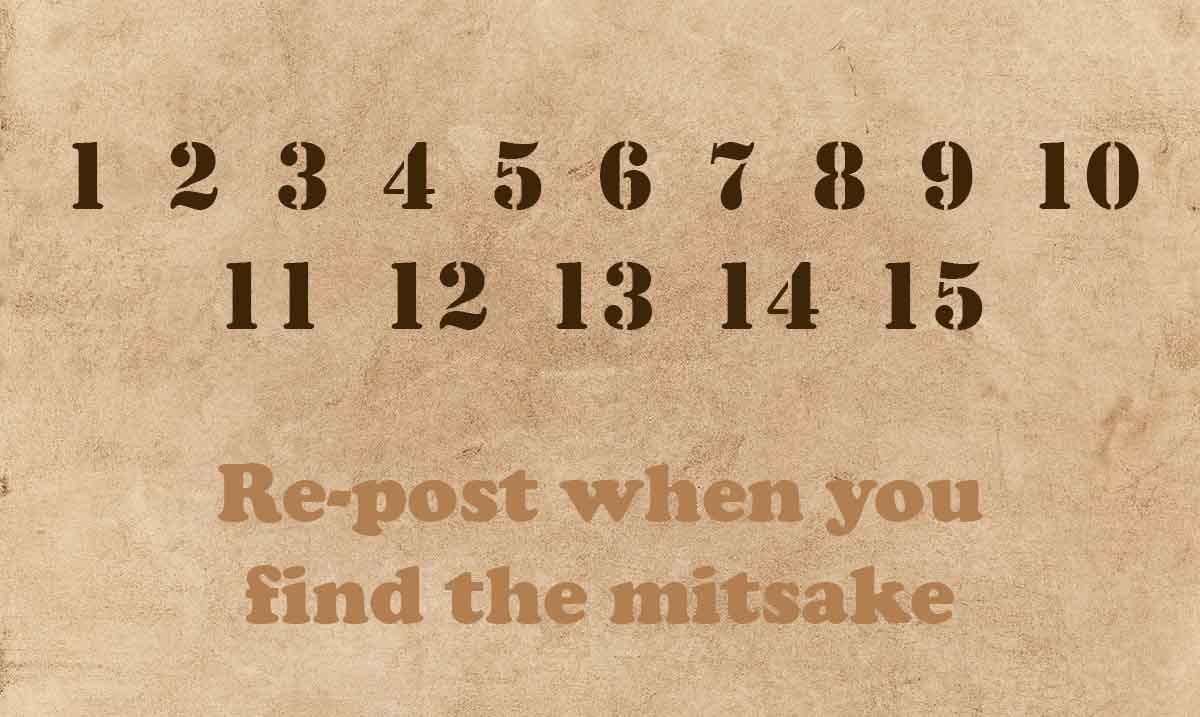 This Puzzle Is Impossible to Figure Out on Your First Try

It’s not uncommon to open up your Facebook newsfeed to find the latest brain teaser staring you in the face, questioning your intelligence and how you measure up to those around you. These fun little puzzles make us think, but often the easiest of solutions are the ones that are completely overlooked.

Look back at your school years and the problems that you were presented while in math class. While we were able to work through the various steps of the longest and most complicated problems, every now and then the teacher would put up an incredibly simple problem. However, when faced with something that we should be able to answer without hesitation, we find ourselves stumped.

Why does this happen? It’s simple really, we overcomplicate things within our own minds. Now, you can’t really blame us for assuming it ‘has to’ be more difficult than it appears at first glance, we are raised in a society that perpetuates the idea that things have to be complicated. Just stop for a second and consider your favorite Hollywood blockbusters. Math in the movies is never easy, even figuring out how to put up a tent is quickly turned into some complex algorithm. Why can’t problems just be simple once in a while?

This same mindset sets in when puzzles pop up on our social media accounts. Most of them are startlingly easy. In fact, we look back on them once we have the answer, surprised we didn’t figure it out sooner. This is the case with this simple puzzle… 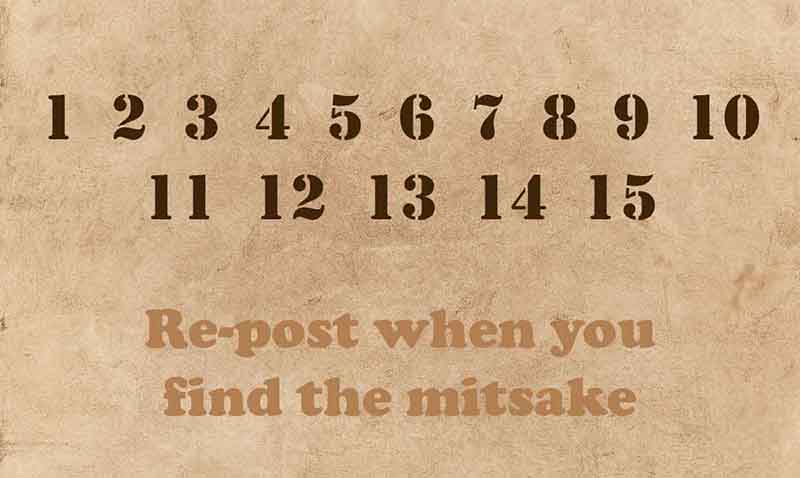 This puzzle has gone viral as of late, it’s original source unknown. What we do know is that it leaves most people completely stumped on their first try. Give it a try, can spot it?

If you’ve been staring at it for a little while and you’re getting frustrated, let us help you out a bit. Starting off with the string of numbers, our first instinct is to assume there is some sort of issue with the sequence. However, the numbers all appear to be there, 1 – 15 just as they should be. No, it isn’t a trick question. No one is waiting for you to conclude that 0 or 16 should be included.

Look at the number sequence again, can you see it? Do you spot the glaringly obvious ‘mitsake’ in the puzzle? If you don’t see it yet you’re really going to kick yourself when you figure this one out!

Shift your focus from the numbers to the message below. This problem isn’t one for the mathematicians among us at all. In fact, the editors, proofreaders, and grammar nuts may have caught this one immediately… Look at the word ‘mistake’. When the message was written, the letters ‘s’ and ‘t’ were swapped. The solution to the problem is really that simple.

How is it that most people overlook something this simple? Our brains are actually wired to help make the reading process a little easier by containing our own version of autocorrect. When your brain read the sentence, it likely corrected the error while processing the message causing you to overlook it entirely. It’s actually a super cool trick, don’t you think?

Pass this on to your friends and family. Did you fool them too?