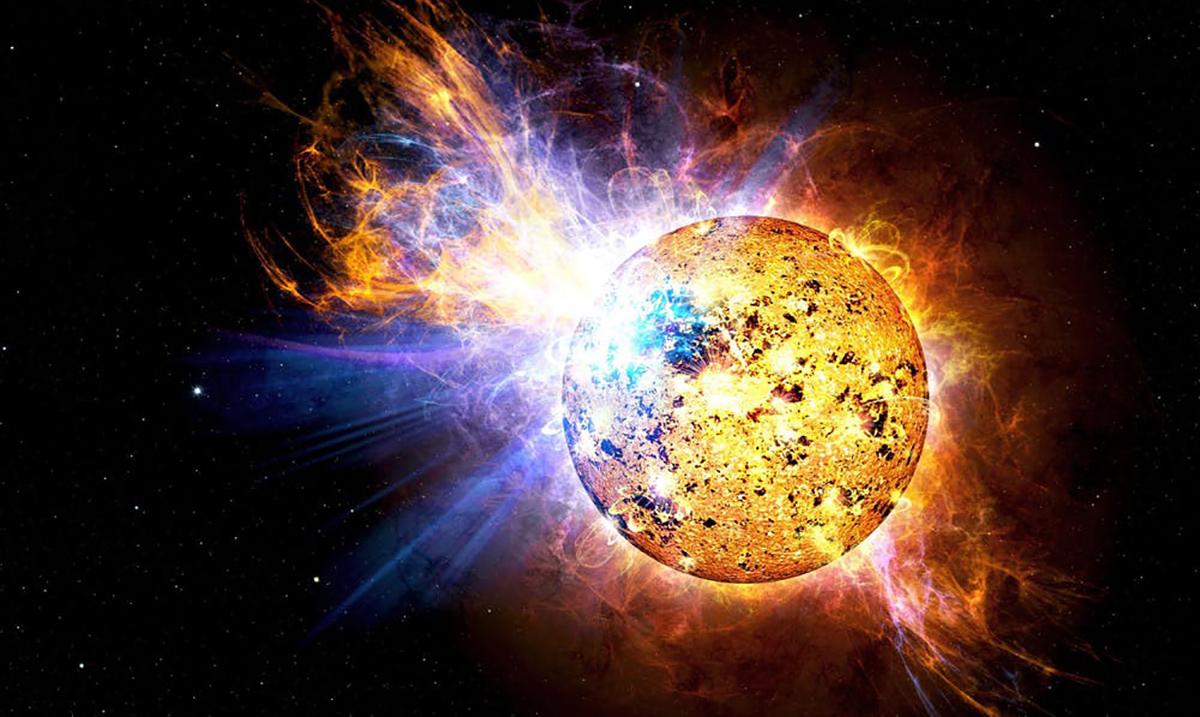 By Elizabeth DeVille August 21, 2018 No Comments

We will experience a solar storm August 20th and 21st, a powerful energy emitted directly from the sun that will have an intense and life-changing impact on our lives. Are you prepared to feel its effects?

A solar storm is a phenomenon in which a series of flares, sunspots, eruptions, and prominences occur along the surface of the sun. This is a clear physical illustration of the increase in energy that is occurring at this time. A coronal hole appears upon the sun’s surface, and from it, high-speed winds and streams of plasma are released, along with a magnetic energy that usually remains trapped below the sun’s surface. This magnetically charged wind enters into space, showering our planet with free-floating electrons.

While the idea of electrons showing down onto the planet may create an image of your mind of a storm similar to a hail storm, visible particles falling all around us, this is a little more subtle. Instead, the microscopic size of these particles results in an invisible storm. While we can’t see its impact on the world around us, we are surely going to feel it!

Our lives are impacted on a daily basis by the Earth’s magnetic field. While we may not consciously recognize this influence on our lives, studies have shown that any shift in this magnetic activity can be felt by many animals, including the human population. In fact, scientists have even drawn a link between certain geomagnetic activity and an increase in suicide among the population.

When this solar energy reaches Earth, it has a significant influence on our lives physically, mentally, and emotionally. Often, we shrug off the symptoms due to the fact that they can be easily explained by day to day aches and pains, or common ailments. These symptoms include:

– Ringing Sensations in the Ears

– Exhaustion or Lack of Energy

– Feelings of Agitation or Uneasiness

This shift in energy here on Earth will bring memories and past trauma into the spotlight, providing us with the opportunity to confront these hurts and finally find peace. We carry around this baggage from the past, allowing it to influence everything decision that we make. This negative and toxic energy doesn’t help us to move forward. Instead, it holds us back, preventing us from accomplishing all that we are capable of. Rarely are we presented with such a powerful opportunity to address these situations, releasing us from their hold. Forgiveness and peace will take the place of anger, hatred, resentment, and jealousy, providing us with balance and harmony for the first time in years.

On top of the opportunity to finally address these past hurts, you will also find yourself compelled to address your habits and patterns of behavior. The little decisions we make day in and day out have the ability to either propel us forward towards great success or sabotage any attempt. Take a step back and consider where you want to be 5, 10 or 15 years down the road. Are you on the right path, heading in the direction you need to be? If not, take advantage of this opportunity for change.

Image via The Conversation