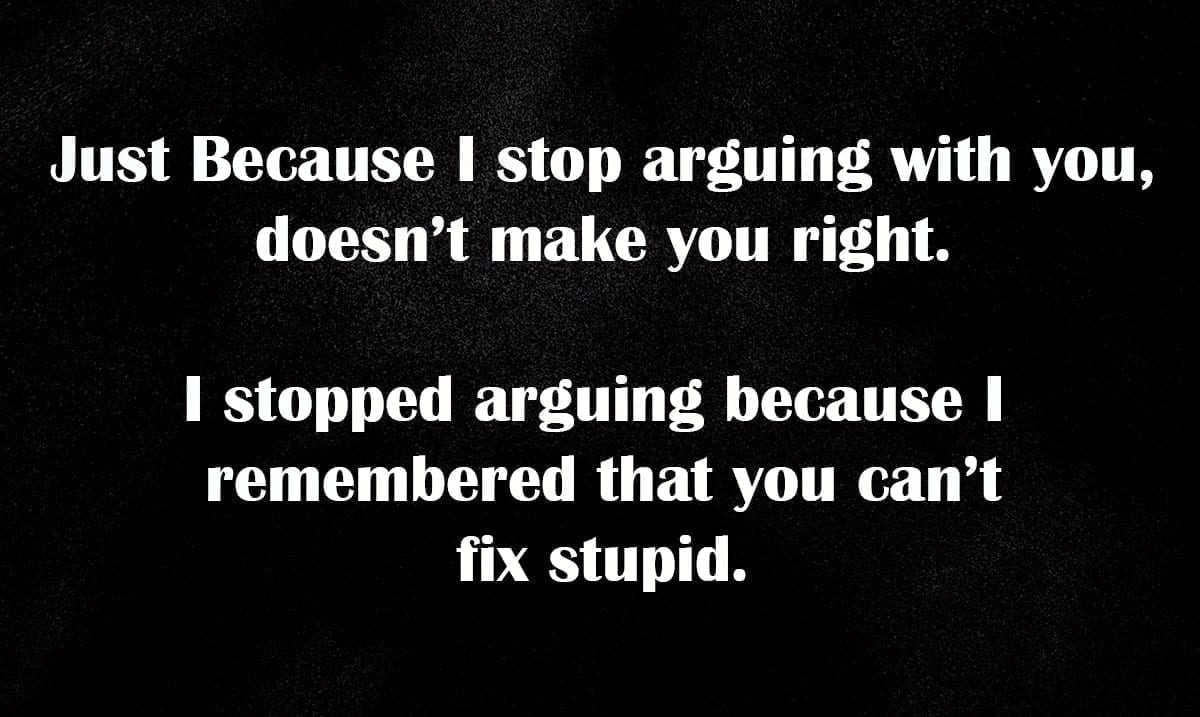 I know, hearing someone say something you know is wrong over and over again might eat away at you sometimes but letting go of that irritation can be quite freeing. After you correct someone a time or two, and they refuse to accept the truth as it is, you really need to stop wasting your time.

Sometimes in life, you just have to let people be wrong. Not everyone is going to be as willing to accept the truth for what it is like they should be. This is a reality we all need to come to terms with, period.

There are people in this world who are blind to the things that they should be seeing and no matter how many times you try to open their eyes, they just aren’t going to let anything sink in. They are going to remain present in their bullshit and believe the lies being fed to them no matter what you say. You could present them will all the proof in the world and for these kinds of people, it still wouldn’t be enough.

These people don’t deserve your efforts or your frustration, they are the kinds of people we just have to turn the other cheek around. Whether you choose to limit contact or cut ties completely is up to you. No matter what, these people will reaffirm the crap they believe and you could argue with them until you were blue in the face but that still would not get you anywhere.

They refuse to listen to anyone but themselves and as a result, are far more close-minded than you might be able to see in the given moment. Don’t waste your time arguing with those kinds of people, they’re only going to make things worse than they have to be. They will go back and forth until you give into them out of sheer exhaustion and that’s not something anyone wants to deal with.

Just let those who are wrong be wrong, you know the truth and you know what is right in the end. Those who choose to believe these people who are unable to see the light will also end up coming to the same realization once all is said and done. You don’t have to keep giving people your time and energy when they refuse to see where you’re coming from. Sometimes just walking away is the best option and you need to be willing to embrace that.