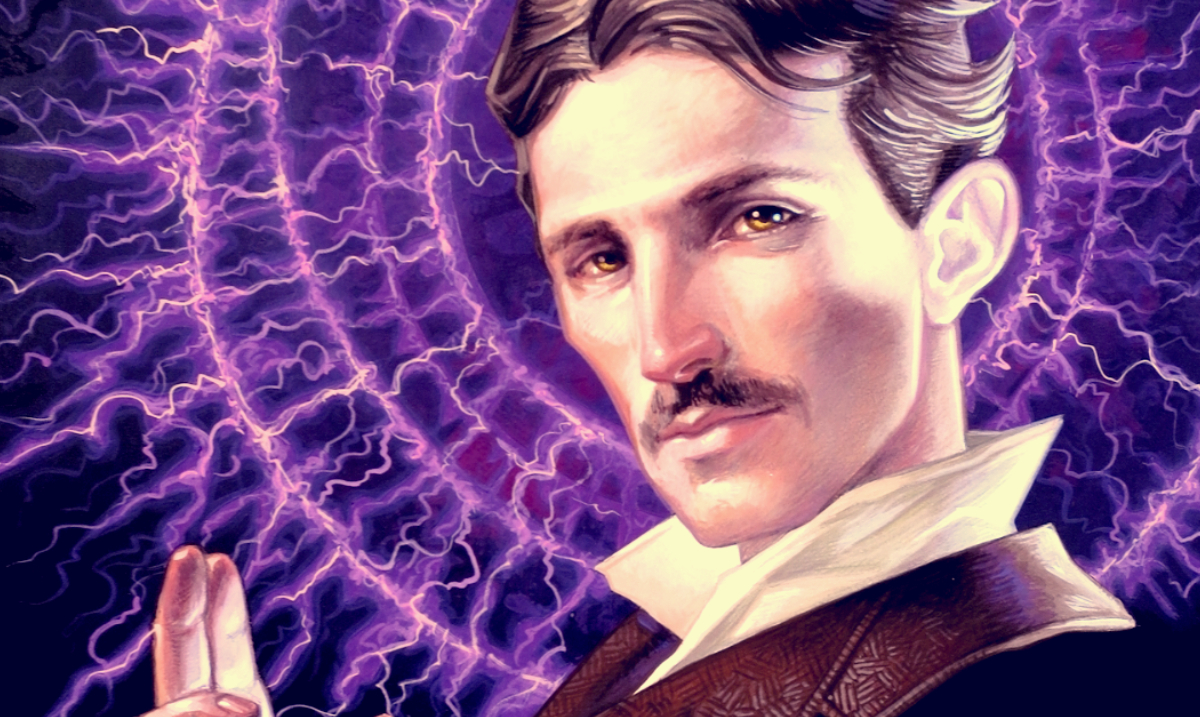 By Elizabeth DeVille December 21, 2018 No Comments

With more than 300 patents, the inventions and accomplishments of Nikola Tesla are well-known, but most people are completely unfamiliar with the man behind these innovations. Who was this technological genius?

If you are at all involved in the world of science and technology, then you have heard of the name Nikola Tesla at one time or another. Among his many inventions was the rotating magnetic field, a technology which opened the door for most of the world’s alternating-current machinery, meaning that the flow of electrical charge moving its way through will periodically change, reversing itself before reaching its maximum in that direction and returning once again. Alternating current, or AC, is used in many forms of kitchen appliances, electrical lamps, fans, and televisions. His technology has changed the face of the world today.

Tesla was born in 1856 in Smiljan, Croatia to a Serbian Orthodox priest. Unfortunately, the young man suffered from mental illness for most of his life believed to have started with the death of his brother Daniel in 1863. Reports from the time describe a 7-year-old boy who began to see visions, a response to the overwhelming grief.

While the young man may be struggling with his emotional and mental health, his incredible intelligence was the key to making his mark on the world. His education background was impressive, studying both math and physics at the Polytechnic Institute in Graz and philosophy at the University of Prague. Following his schooling, he took a job in Budapest working as an electrical engineer for a telephone company in 1881, then moved to Paris where he worked repairing direct current power plants with the Continental Edison company in 1882.

It wasn’t until 1884 that Tesla made his way to the United States, specifically to New York where he started work as an engineer at Thomas Edison’s headquarters in Manhattan. While there is no arguing that Edison made a name for himself with his incredible technology, Tesla was not one to be outdone.

His concept of alternating current energy led him to a surprising conclusion – the direct current electrical powerhouses that Edison had built along the Atlantic seaboard weren’t nearly as efficient as he believed that they had the capability to be. The direct current power systems combined with the design of Edison’s lamps mean that power stations were required every 2 miles just to keep up. However, Tesla’s alternating current transformers, motors, and generators were able to provide a much more reliable source of power.

This led to a war between Edison and his DC empire and Tesla and his AC technology, the existing ‘norm’ versus new technology. The United States at the time didn’t differ that much from the U.S. that we know today, and innovation ultimately won out. This gave way to the AC power that we see available across the country in our modern society, a power source that we have come to rely so heavily upon.

Despite Tesla’s great innovations, his life came to a pretty sad end. First, his lab in New York burned in 1895, taking all of his notes and equipment – everything that he had developed. While he relocated for a couple years in Colorado Springs, he returned to start over with the help of a financier. Unfortunately, the funding eventually ran out, his financial backer unable to see his grand dreams as reality. As a result, the talented inventor lived out the rest of his life in a New York hotel, feeding and ‘communicating with’ pigeons until he died in his room on January 7th, 1943.

Tesla’s life may have come to an upsetting end, but his technology continues to live on today.

Image via Infected By Art