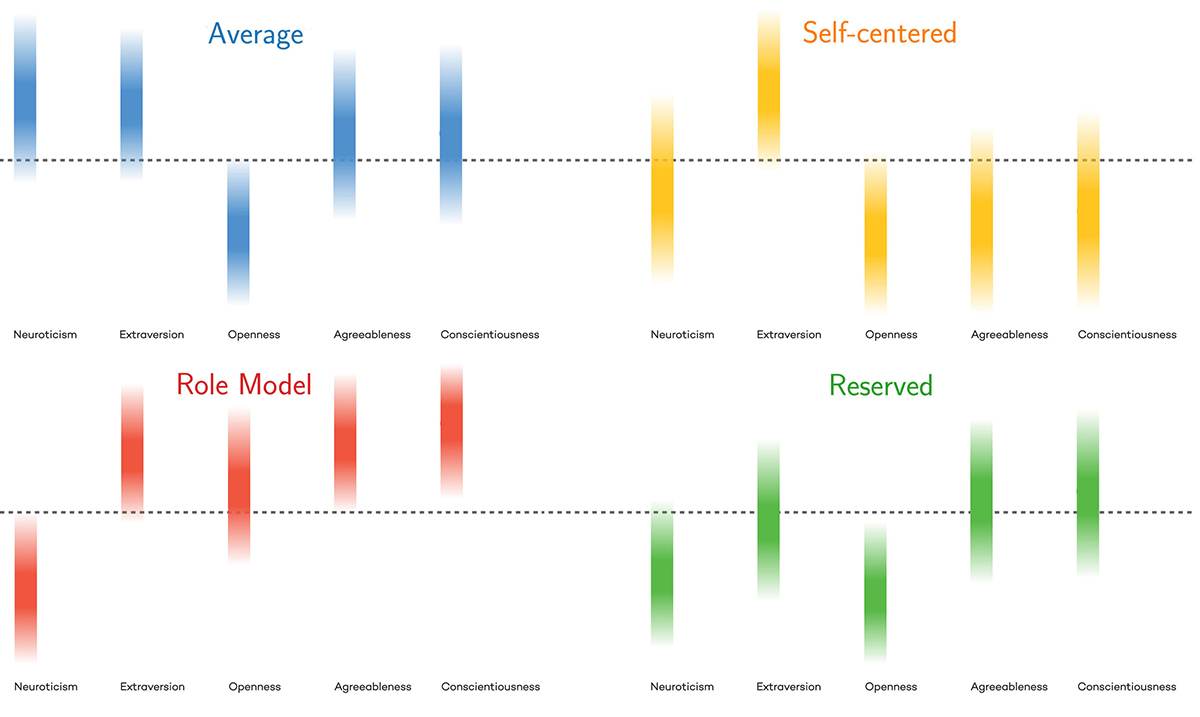 By Elizabeth DeVille September 19, 2018 No Comments

The study of personality and personality types has long fascinated psychologists, mental health professionals and people around the globe. While many professional organizations rely on the Myers Briggs Type Indicator (MBTI), a team of researchers has recently discovered a simpler model.

The first Myers Briggs Type Indicator manual was published in 1962, providing professionals and organizations with a clear method for classifying and understanding the personality types and traits of the people that they are currently working with. Based on the work of Carl Jung, the MBTI classifies all people into 1 of 16 personality types based on 4 different dichotomies – Introversion/Extraversion, Intuition/Sensing, Feeling/Thinking and Perception/Judging. This model is not only used by psychologists and mental health professionals, but it has also been adopted by a number of employers including various law enforcement organizations around the world.

However, researchers from Northwestern University recently took the data from over 1.5 million questionnaire respondents, analyzing the information and grouping it together to form what they refer to as 4 distinct ‘personality clusters.’ Their findings were published in ‘Nature Human Behaviour’, introducing this new theory regarding personality to the professional world.

Unlike the previously accepted MBTI, the team doesn’t try to classify everyone into a box. Instead, the paper’s co-author William Revelle describes their concept as being ‘lumps in the batter’, indicating the largest concentrations of a set of personality traits and characteristics. Another analogy he has used is the act of classifying population concentrations in the United States. Looking at the four basic regions (north, south, east and west) one would be able to identify 4 major clusters of people in cities like New York, Chicago, Los Angeles, and Houston. While these are the most heavily populated areas in the country, they don’t include every American.

In a similar way, their personality theory describes large clusters of personality types where they are most concentrated but doesn’t try to force everyone into a grouping. “What we’re describing is the likelihood of being at certain parts of that distribution,” Revelle explains. “We’re not saying that everyone is one of those four categories.” The personality clusters were determined by assessing how each person measured up in 5 widely-accepted personality traits, including neuroticism, extraversion, openness, agreeableness, and conscientiousness.

The most common of the four personality clusters, this is believed to describe the ‘average’ individual, with a higher concentration of women than men. The people who fit into this cluster score highly in the areas of extraversion and neuroticism, but despite their extraverted traits, they are relatively closed off to the world, scoring low in openness.

While the people that fit into this group are more emotionally stable than the other clusters, they score lower in the areas of openness and neuroticism. While they try to be agreeable and get along with those that they encounter in life, they don’t score highly in extraversion.

The most dependable and responsibility of the personality clusters, these individuals score highly in every category except for neuroticism. For this reason, they are often seen as trustworthy and open to new ideas, making them natural leaders.

The final of the four personality clusters, those that fit into this grouping scored high in extraversion while scoring low in openness, agreeableness, and conscientiousness. This would be the category where one would expect to find the stereotypical teenage boy.