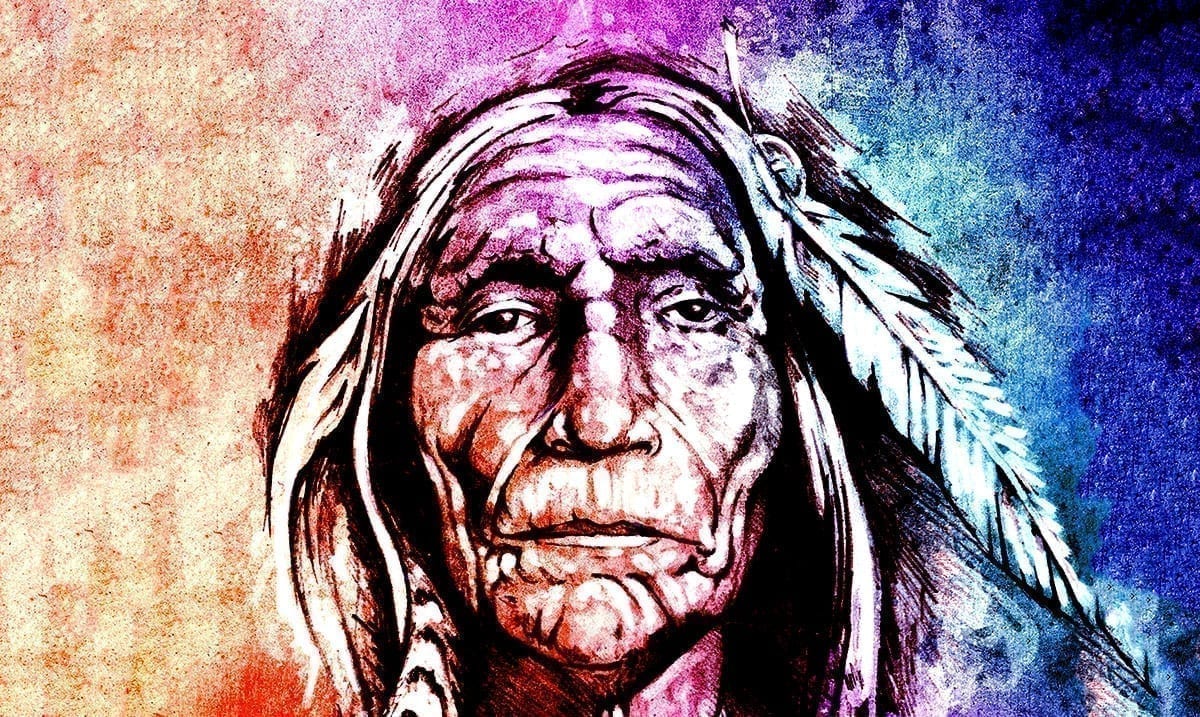 Native American Proverbs For The Wisdom Seeker In Life

It has long been said that we should learn from our past, the knowledge of generations and generations that came before us. For many, this has come to mean studying the history books, learning how the country was settled and analyzing all of the events that led up to and took place during the major armed conflicts throughout our history. While all of these events were certainly life-changing, impacting the world as we know it today, to stop there would be to miss a wealth of knowledge that came before.

Today, Native Americans, including American Indians and Alaska Natives make up approximately 0.9% of the U.S. population. These individuals come from a long line of knowledgeable, talented and experienced individuals with an incredible ability to live off the Earth around us. Long before the days of modern medicine, they would use the natural world for healing, and they established a strong and capable community and society that cared for its people.

By dedicating ourselves to the study of the Native American teachings, proverbs, and traditions we are provided with a new way of looking at life as we know it. Their knowledge can open our eyes and our hearts, introducing a new way of thinking and unique approach to the world. 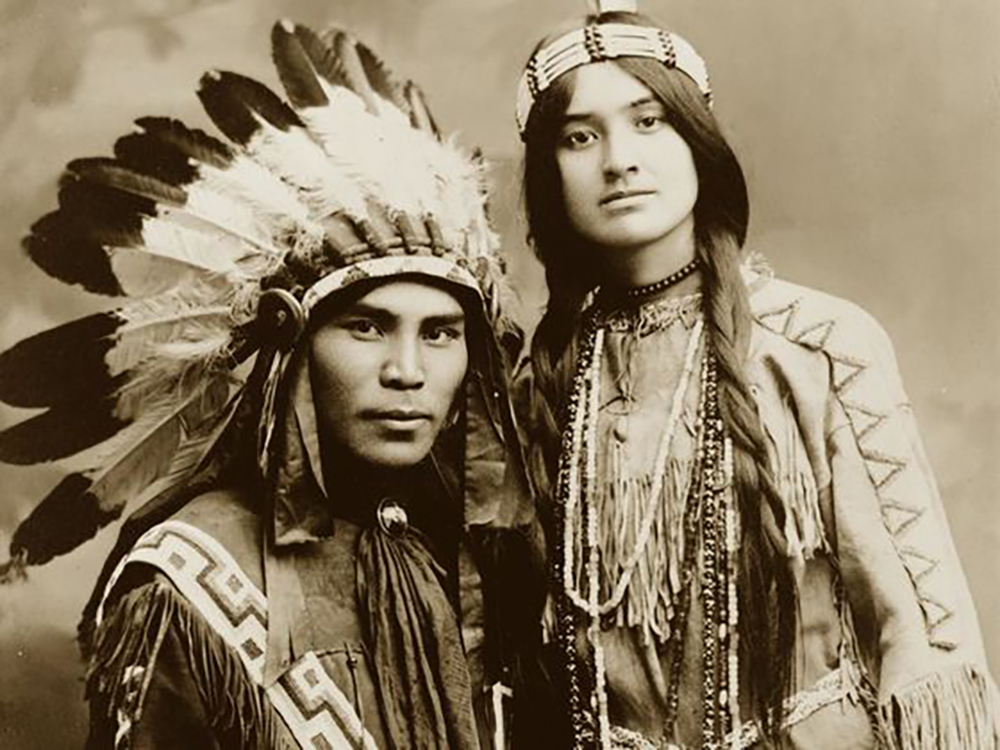 Here are 35 Native American quotes that will make you question everything you know about life:

#1 – “It is better to have less thunder in the mouth and more lightning in the hand.” (Source: Apache)

#2 – “Children were taught the rules of woyuonihan and that true politeness was to be defined in actions rather than in words. They were never allowed to pass between the fire and an older person or a visitor, to speak while others were speaking, or to make fun of a crippled or disfigured one. If a child thoughtlessly tried to do so, a parent, in a quiet voice, immediately set him right.” (Source: Lakota)

#5 – “Kinship with all creatures of the earth, sky, and water was a real and active principle. For the animal and bird world there existed a brotherly feeling that kept the Lakota safe among them. And so close did some of the Lakota come to their feathered and furred friends that in true brotherhood they spoke a common tongue.” (Source: Lakota)

#6 – “Man’s law changes with his understanding of man. Only the laws of the spirit remain always the same.” (Source: Crow)

#7 – “All plants are our brothers and sisters. They talk to us and if we listen, we can hear them.” (Source: Arapaho)

#8 – “The concept of life and its relations was humanizing and gave to the Lakota an abiding love. It filled his being with the joy and mystery of living; it gave him reverence for all life; it made a place for all things in the scheme of existence with equal importance to all.” (Source: Lakota)

#12 – “Praise, flattery, exaggerated manners, and fine, high-sounding words were no part of Lakota politeness. Excessive manners were put down as insincere and the constant talker was considered rude and thoughtless. Conversation was never begun at once, nor in a hurried manner. No one was quick with a question, no matter how important, and no one was pressed for an answer. A pause of giving time for thought was the truly courteous way of beginning and conducting a conversation.” (Source: Lakota)

#13 – “Poverty is a noose that strangles humility and breeds disrespect for God and man.” (Source: Sioux)

#15 – “Silence was meaningful with the Lakota, and his granting a space of silence to the speech-maker and his own moment of silence before talking was done in the practice of true politeness and regardful of the rule that ‘thought comes before speech.’ Also, in the midst of sorrow, sickness, death, or misfortune of any kind, and in the presence of the notable and great, silence was the mark of respect. More powerful than the words was silence with the Lakota and his strict observance of this tenet of good behavior was the reason, no doubt, for his being given another fallacious characterization by the white man – that of being a stoic. He has been adjudged dumb, stupid, indifferent, and unfeeling. As a matter of truth, he was the most sympathetic of men, but his emotions of depth and sincerity were tempered with control. Silence meant to the Lakota what it meant to Disraeli when he said, ‘Silence is the mother of truth,’ for the silent man was ever to be trusted, while the man ever ready with speech was never taken seriously.” (Source: Lakota)

#22 – “We did not think of the great open plains, the beautiful rolling hills, and winding streams with tangled growth, as ‘wild.’ Only to the white man was nature a ‘wilderness’ and only to him was the land ‘infested’ with ‘wild animals’ and ‘savage’ people. To us it was tame. Earth was bountiful, and we were surrounded with the blessings of the Great Mystery. Not until the hairy man from the east came and with brutal frenzy heaped injustices upon us and the families we loved was it ‘wild’ for us. When the very animals of the forest began fleeing from his approach, then it was for us that the ‘Wild West’ began.” (Source: Lakota)

#24 – “The Lakota could despise no creature, for all were of one blood, made by the same hand, and filled with the essence of the Great Mystery. In spirit, the Lakota was humble and meek. ‘Blessed are the meek; for they shall inherit the earth,’ was true for the Lakota, and from the earth he inherited secrets long since forgotten.” (Source: Lakota)

#26 – “There is nothing as eloquent as a rattlesnake’s tail.” (Source: Navajo)

#27 – “Everything was possessed of personality, only differing with us in form. Knowledge was inherent in all things. The world was a library and its books were the stones, leaves, grass, brooks, and the birds and animals that shared, alike with us, the storms and blessings of earth. We learned to do what only the student of nature ever learns, and that was to feel beauty. We never railed at the storms, the furious winds, and the biting frosts and snows. To do so intensified human futility, so whatever came we adjusted ourselves, by more effort and energy if necessary, but without complaint. Even the lightning did us no harm, for whenever it came too close, mothers and grandmothers in every tipi put cedar leaves on the coals and their magic kept danger away. Bright days and dark days were both expressions of the Great Mystery.” (Source: Lakota)

#29 – “When you were born, you cried and the world rejoiced. Live your life so that when you die, the world cries and you rejoice.” (Source: Cherokee)

#31 – “In talking to children, the old Lakota would place a hand on the ground and explain: ‘We sit in the lap of our Mother. From here we, and all other living things, come. We shall soon pass, but the place where we now rest will last forever. So we, too, learned to sit or lie on the ground and become conscious of life about us in its multitude of forms. Sometimes we boys would sit motionless and watch the swallow, the tiny ants, or perhaps some small animal at its work and ponder on its industry and ingenuity; or we lay on our backs and looked long at the sky and when the stars came out made shapes from the various groups.” (Source: Lakota)

#34 – “The contemplative and spiritual side of Lakota life was calm and dignified, undisrupted by religious quarrels and wars that turned man against man and even man against animal. Not until a European faith came was it taught that not life on earth but only life after death was to be glorified; and not until the native man forsook the faith of his forefathers did he learn of Satan and Hell. Furthermore, until that time he had no reason to think otherwise than that the directing and protecting guidance of the Great Mystery was as potent on this side of the world as on the other.” (Source: Lakota)