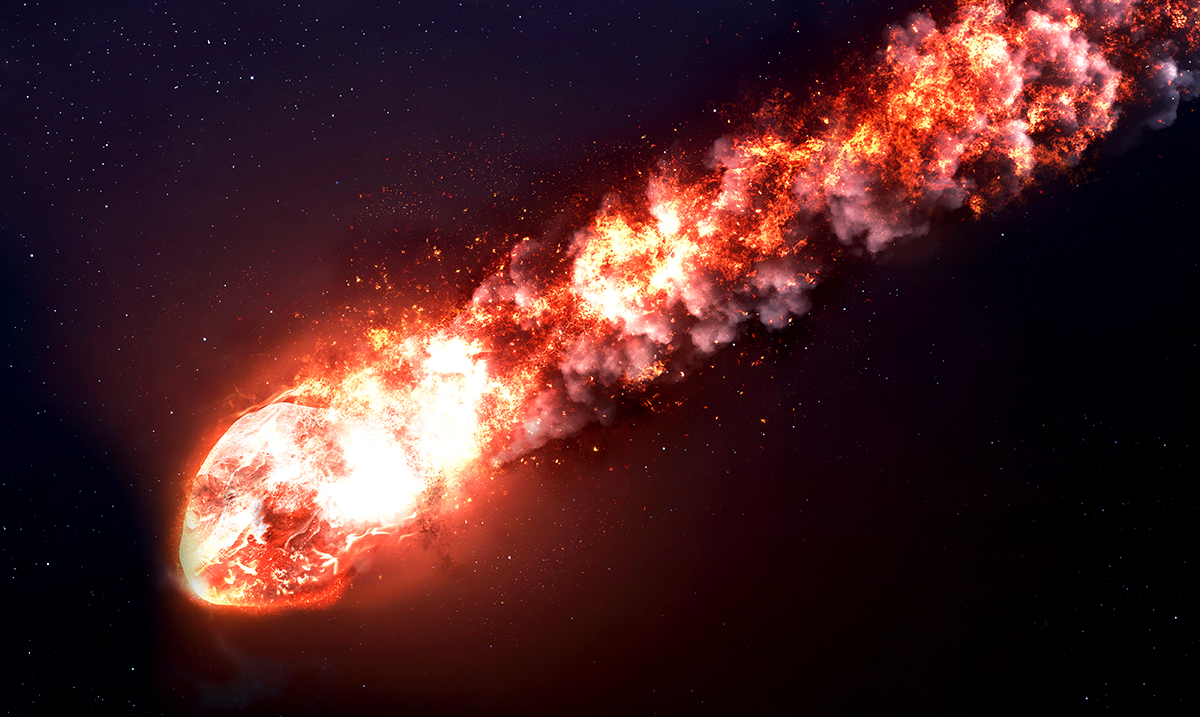 NASA Warns Of Asteroid That Will Hurtle Incredibly Close To Earth

By Elizabeth DeVille December 20, 2018 No Comments

We don’t often stop to consider the many objects flying through outer space and the risk they may have for us here on Earth until the day comes that one of those objects is a little too close for comfort. This is exactly what’s happening with the recent news about an asteroid expected to come startlingly close this Boxing Day.

The asteroid known to NASA officials as 2018 XE4 is a 95ft hunk of space rock, hurtling through the solar system. Now, to just exist is no big deal. There are so many asteroids out there in our solar system, that there is even a ‘main asteroid belt’ located between Mars and Jupiter. This belt alone is estimated to include anywhere from 1.1 to 1.9 million asteroids. Outside of that, countless others exist either sharing an orbit with a larger planet or establishing their own orbit.

Many of the asteroids in space will come nowhere near our planet, but there are estimated to be more than 10,000 ‘near-earth asteroids’, meaning that their orbit will cross the Earth’s and therefore could pose a threat to our planet someday.

Good news! The Earth’s atmosphere works as a barrier, preventing most asteroids from ever making it through to our surface. As the enter the atmosphere, most are disintegrated without the general population even knowing that it happened. However, those that are sizable enough to potentially make it through that barrier are the ones that have us all concerned.

The current course for 2018 XE4 doesn’t lay out a direct impact with the planet, so experts advise that we can expect to all finish our Christmas leftovers on Boxing Day in peace. However, the orbital diagram released by NASA reveals just how close the asteroid is expected to come. To be precise, it is estimated that the asteroid will miss the planet by 1.2 million miles. While that may sound like a significant difference, it’s anything but when you are considering the large scale of the planets and the solar system as a whole. It is for this reason that the term ‘near-Earth object’ is applied to any object that travels within 30 million miles of the planet’s orbit.

Another shocking statistic is the speed that the asteroid will be moving at. As it passes by Earth’s atmosphere, it is estimated to reach speeds of over 20,900 miles per hour! Although to put that in perspective, NORAD predicts that Santa has to travel at more than 186,000 miles per hour in order to make his worldwide journey, so it’s not THAT impressive, right?

The news of 2018 XE4 has led many to question where we currently stand in our efforts to establish reliable technology that would allow us to withstand an asteroid strike in the future. After all, as lucky as we may be today, the planet can’t stay that lucky forever! Surely with the advances of modern science, we should be able to invent something that would save the planet from mass destruction.

Just this year, NASA released a new plan to track, identify and destroy asteroids before they strike the earth. The report, titled ‘National Near-Earth Object Preparedness Strategy and Action Plan’ outlines a 10-year plan to prepare our country for the potential risk of such an event.