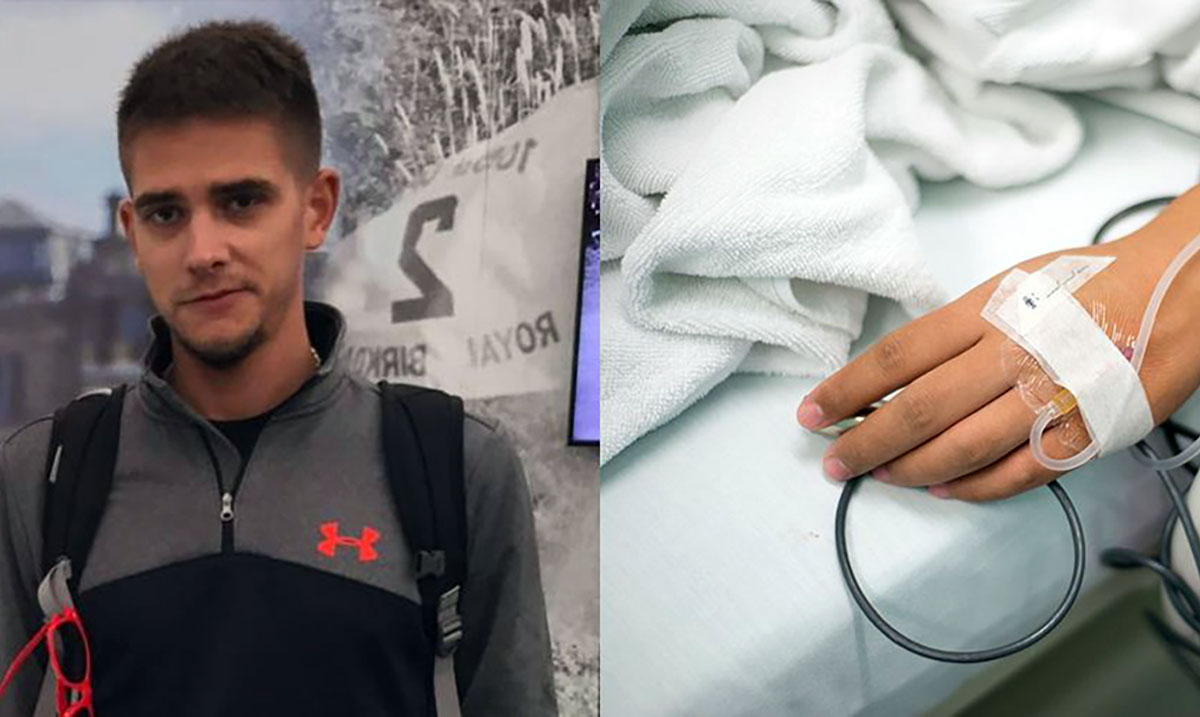 Nail Biting Almost Cost This Man His Life, And It Could Happen to You

By Elizabeth DeVilleMay 23, 2018No Comments

It’s one of the best-known bad habits out there, one that most of us will agree is dirty, even disgusting, and yet experts estimate that approximately 20-30% of the population are nail biters. Often explained away as being nothing more than a nervous habit, experts now say that those engaging in this bad habit may not be nervous at all.

In fact, people bite their nails for a large number of reasons ranging from boredom to frustration, in an attempt to help focus or even when they are hungry. Some even admit that biting their nails feels good!

Like any other bad habit, most people find it incredibly hard to quit. Sure, you don’t necessarily want to keep doing it, but unconsciously you just can’t help yourself. While some may grow out of it, most of us will have to make the effort to break the habit and free ourselves from it once and for all.

A story currently circulating the internet has introduced another reason why we need to break the habit once and for all! The story of Luke Hanoman, a 28-year-old father of two from the United Kingdom will serve as a warning for all about the dangers of nail-biting. Hanoman began to experience a number of flu-like symptoms, including shaking and cold sweats but he shrugged it off as being just that, the flu, assuming that he could sleep them off. In time, however, he noticed that his one finger, where he had bit the skin on one side of the nail, had started to throb and swell up.

Realizing that something was ‘off,’ he was rushed to the hospital where he ended up spending a total of four days under strict 24-hour observation. Hanoman described the situation: “My mum came to see me and asked if I was alright because I should have been up by then.” Realizing something was definitely not right, his mother called the emergency helpline describing the symptoms to the operator. “They told me I had 24 hours to get to A&E. My mum raced me down to hospital. The next thing I knew I was on a stretcher with a drip in my arm. It was a bit of a mad one. I had never been in hospital before,” he admitted.

Upon examining the Hanoman, doctors found red lines all over his body and an alarmingly high temperature, both common signs of an infection. The doctors revealed that he was experiencing sepsis, and alarmingly close to going into full septic shock. In fact, after he was in the clear the doctors and nurses advised the man that if he hadn’t made it to the hospital when he did, he would not have survived the situation.

The Centers for Disease Control and Prevention (CDC) reports that more than 1.5 million Americans get sepsis each year, and approximately 250,000 will lose their life from it. While it is often picked up in healthcare facilities, where one is around those who are highly ill, especially among those who have chronic diseases and require frequent and ongoing care, Hanoman’s story serves as a lesson that it can target anyone, at any time, anywhere. In fact, it may be something as small as biting your nails that can leave you fighting for your life…