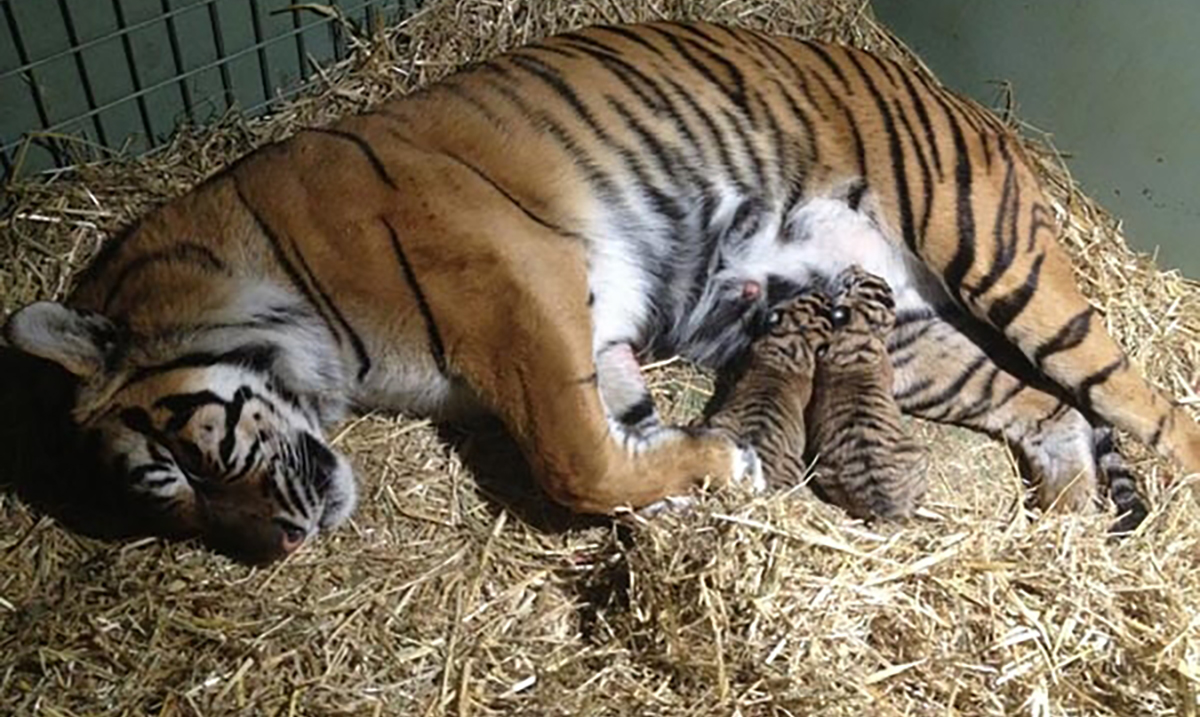 By Elizabeth DeVille September 24, 2018 No Comments

While we often discuss the miracle of conception and childbirth as it applies to our own human experiences, far too often we fail to step back and appreciate this same miracle at work in the animal kingdom. However, a 2015 viral video reminds us that this miraculous experience is shared by all species.

The video was shot at the Australian Zoo, a Sumatran tiger Kaitlyn gave birth to an adorable little cub. Little did Kaitlyn know, her species is critically endangered, and every new cub is vital to keeping them from reaching the point of extinction. For this reason, zoo employees and the public as a whole watched in wonder and awe as she approached her due date. After all, this new cub was a sign of hope for Sumatran tigers around the globe.

While tigers, as a whole struggle with ever decreasing numbers, the Sumatran tiger is the smallest surviving subspecies to still walk the earth with us today. In fact, experts estimate that there are less than 400 still alive, a result of dwindling habitats and the pressure of poaching. Hunters face serious jail time and steep fines if they choose to target the species in Indonesia, but the market and demand still drive many to take the chance.

As Kaitlyn gave birth, with the world watching, her fans and followers were devastated to see what appeared to be a lifeless cub. However, the moments that followed reminded all of just how powerful a mother’s instincts are. Using her tongue to stimulate the cub’s young lungs, Kaitlyn immediate set to work licking it furiously. It’s an experience that few humans will ever get to witness, as the Sumatran tiger often takes to the most secluded and private locations to give birth.  Before long, Kaitlyn’s efforts pay off as viewers witness the young cub moving about.

The video was uploaded to YouTube by BBC Earth on July 20th, 2015. Since that time, it has been viewed over 42 million times! While some videos will go viral only to fade away shortly thereafter, 3 years later the incredible video continues to attract attention, and there’s no wonder why. How often do we have the opportunity to witness a true miracle at work in this way?

Want to see it for yourself? Here’s the incredible video of Kaitlyn the Sumatran tiger: