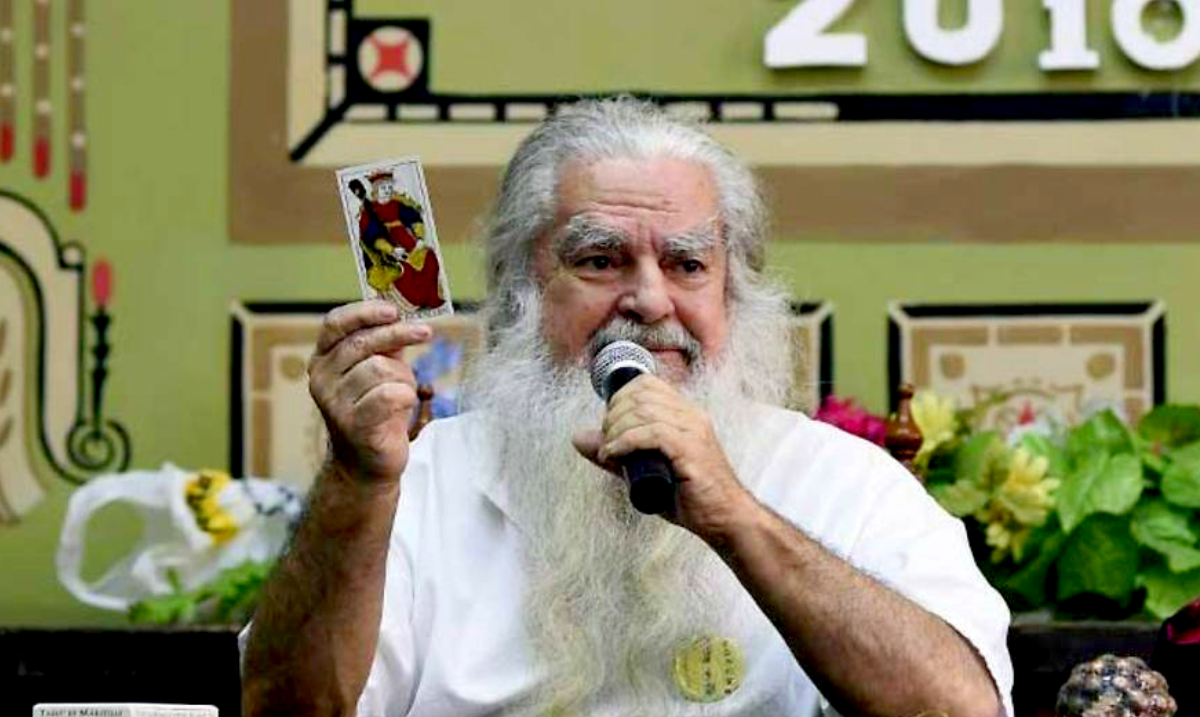 There is no denying the fact that the debate surrounding the proposed border wall between the United States and Mexico has dominated social media. Psychic and mystic, Antonio Vazquez, better known as the ‘Grand Warlock’ of Mexico, recently revealed his predictions as to how it will all play out.

Vazquez certainly isn’t new to the people of Mexico, his predictions making a tradition in the start of their year for decades now. While his predictions have been far from accurate, his annual predictions get widespread media coverage each year.

Not all of his predictions have been inaccurate. In fact, he’s nailed some major events over the years, including predicting that Felipe Calderon would be elected president in Mexico in 2006. He also shot down the doomsday predictions in 2012, stating that the world would most certainly not end in 2012 as the theories were nothing more than ‘big fat lies’.

Whether you believe in his magical abilities or not, the people of Mexico weren’t going to take any chances when it came to their efforts to end their World Cup curse. Recognizing that they haven’t made it past round 16 since 1994, it was determined that they needed to do something different in 2018 if they expected different results. Vazquez along with the assistance of two priestesses and a rain stick cast a spell to help the team get to at least the quarter-finals.

Now, keeping with tradition, the Grand Warlock has revealed his predictions for 2019. While the rest of the world is moving toward going high-tech, Vazquez prefers to rely on more traditional methods including tarot card reading and a smoking pot. What did he see in our near future?

The good news is that he doesn’t foresee World War III occurring in 2019, although he stated he couldn’t rule out some sort of major conflict. If something does arise, he states it will be referred to by another name, not quite rising to the level of ‘World War’ for the history books. He also warned that we are looking at a year of serious hurricane activity, with a total of 9 hurricanes hitting the Americas, with Cuba and Miami taking the hardest hit.

However, one specific comment has caught the attention of the mainstream media – Vazquez’s predictions regarding Trump’s plans for a border wall. “He’s not going to build that wall, he’s not going to get money,” Vazquez states. “He’s replenishing the little bit that was already there and there’s going to be no way to do anything about that wall, I think it’s totally wrong.” Could this be one of the Grand Warlock’s more accurate predictions, or is he just ‘blowing smoke’?

Interested in seeing the Grand Warlock make his predictions check out this video!

Warning: The video is in Spanish, as it is a direct recording. If you click on the ‘settings’ option at the bottom of the video (the little gear) you can set subtitles to auto-translate to English for those who don’t speak Spanish.