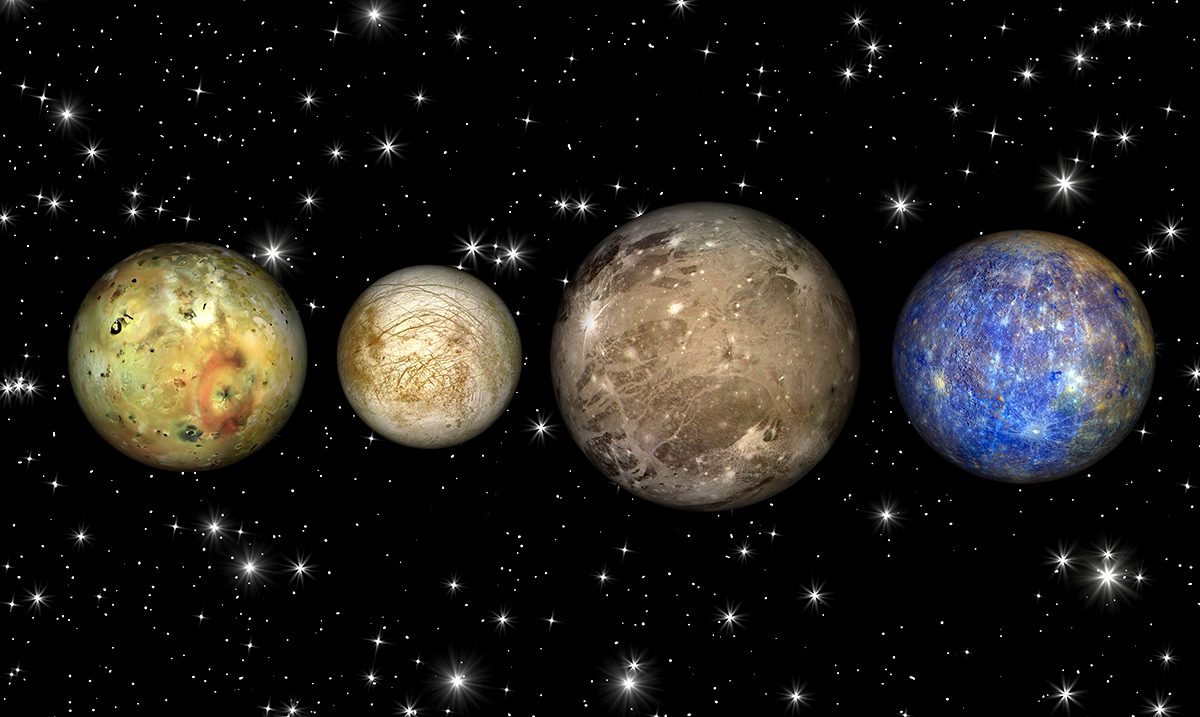 By Elizabeth DeVille September 2, 2018 No Comments

We often take for granted that here on Earth, our moon is easily visible in the night sky. However, have you ever caught a glimpse of the many moons that orbit the other planets in the solar system? The opportunity may be upon us.

The month of September will kick off with a rare and interesting sight for all who wish to behold it, the appearance of Jupiter’s four Galilean moons. Unlike here where we are used to ‘the moon’ referring to a singular object in the night sky, scientists believe that Jupiter has a total of 79 different moons, 53 of which have been officially named to date. Of these, the four largest are referred to as the Galilean moons, named after Italian astronomer Galileo Galilei.

If you have been looking for the opportunity to view Io, Europa, Callisto, and Ganymede, tonight’s the night! In fact, they will be so easy to spot tonight that you won’t even require high tech equipment – a simple pair of binoculars or a low-powered telescope will do the trick.

This is a phenomenon that gathers the attention of space enthusiasts each time it occurs. Explaining the secret to truly enjoying this sight, Kelly Beatty, a writer for SkyandTelescope.com wrote:

“…put a low-power eyepiece in your telescope and center Jupiter. Focus carefully so that the planet’s edge is as sharp as possible, let any vibrations settle down, and then take a good long look.

Depending on the size of your scope and the quality of the night’s seeing… you’ll probably see all four, but possibly only three depending on when you look. The count often changes from night to night (or if you’re patient, even from hour to hour). That’s because while orbiting Jupiter they sometimes glide in front of the planet, behind it, or through its shadow.

These hide-and-seek movements confounded Galileo Galilei when he first spied these ‘stars’ in 1610. But he soon realized they were actually circling around Jupiter, forming a miniature solar system of sorts. We see their orbits almost exactly edge on.

…Callisto is usually (but not always) farthest from Jupiter, and Ganymede is a little brighter than the others. Sulfur-coated Io has a pale yellow-orange cast.”

The biggest struggle for most people trying to view the Galilean moons is simply that they don’t know what to look for. From here on Earth, a quick glimpse could easily be mistaken for just another star in the night sky. This is why the website Sky and Telescope created an interactive tool that allows those interested to see the position of the moons on any given date. This will improve your odds of identifying the moons with ease.

If you are looking to take in the moons tonight, the best place to view them will be in the country, free from the light pollution of the city. You also want to be careful to find a location where you aren’t going to have to contend with tall trees or buildings blocking your view.