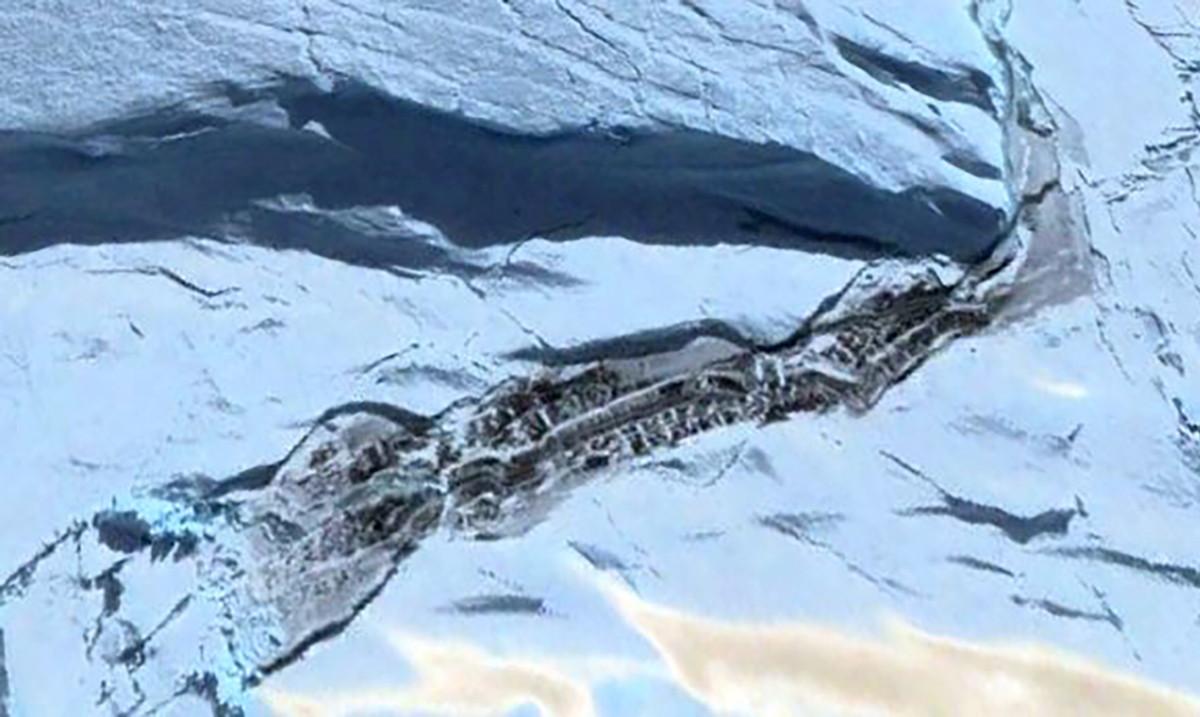 Incredible Structure Revealed Under the Melting Ice in Antarctica

Antarctica has long intrigued explorers, the vast expanse of land that is largely unknown and undiscovered. The first explorer to discover tangible evidence that there was a land mass hidden down in the great south was Captain James Cook.  Crossing the Antarctic circle in 1773, Cook would never actually sight land, but he did discover rock in icebergs, providing proof of its existence. From this date forward, the area would attract explorers, scientists, researchers and more, all eager to find the secrets hidden in the great unknown.

As science and technology have advanced, so too has our ability to visit and better understand the vast tundra of Antarctica. Today there are stations located across the continent, placed by various countries as they work together to study the land, the wildlife and all that is hidden below the ice and snow that is first seen upon arrival.

For years there have been rumors that the continent hides a complete hidden city or civilization. One theory that has captivated scientists the world over is the idea that the continent was not always a barren land of ice and snow. A series of images captured by NASA’s Operation IceBridge mission in Antarctica provided what many claim to be proof of exactly that, an ancient human settlement that was hidden from the world under a sheet of ice. 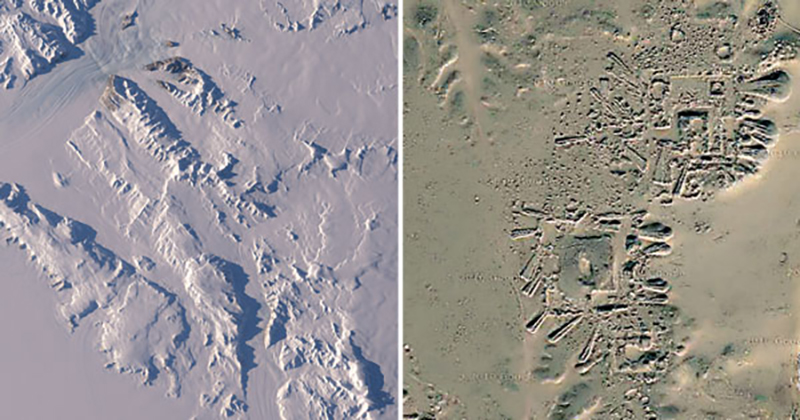 Ashoka Tripathi, lead archeologist of the Department of Archaeology at the University of Calcutta explained: “These are clearly features of some sort of human-made structure, resembling some sort of pyramidal structure. The patterns clearly show nothing we should expect from natural geomorphological formations found in nature. We clearly have here evidence of human engineering. The only problem is that these photographs were taken in Antarctica under 2 kilometers of ice. That is clearly the puzzling part, we do not have any explanation for this at the moment.” The more intriguing part is that the pictures only show a small portion of an incredibly large continent, leading experts to wonder what else is actually hidden below the ice and snow, and how vast this specific civilization may be.

Recently the discovery of another structure has once again ignited interest in the area. Becoming visible as a sheet of ice has melted away with the changing temperatures, the best guesses at this time regarding its size is just under 1000 feet in length, anywhere from 95-165 feet in width, and walls reaching approximately 32 feet high. 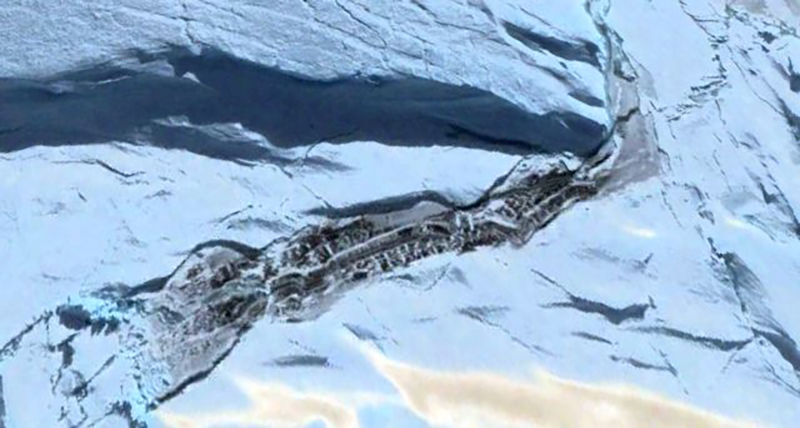 Those in the scientific community believe that this may be another ancient civilization surfacing, or possibly another structure associated with the unknown civilization discovered by the NASA team during Operation IceBridge.

There is no denying that there is something there. Located at the coordinates 69°53’42.03″S 38°42’22.02″E, the crack in the ice definitely reveals something that was hidden within, however with limited knowledge as to what at this time, we are left guessing on the source. Along with the theory about ancient civilizations, others interested in the structure believe that it may be an underground submarine base, frozen contingent, a series of natural tunnels and ridges formed by the movement of water under the ice, or proof that life from another planet was present in the area. In order to determine the origins of the structure further research and analysis will be required.