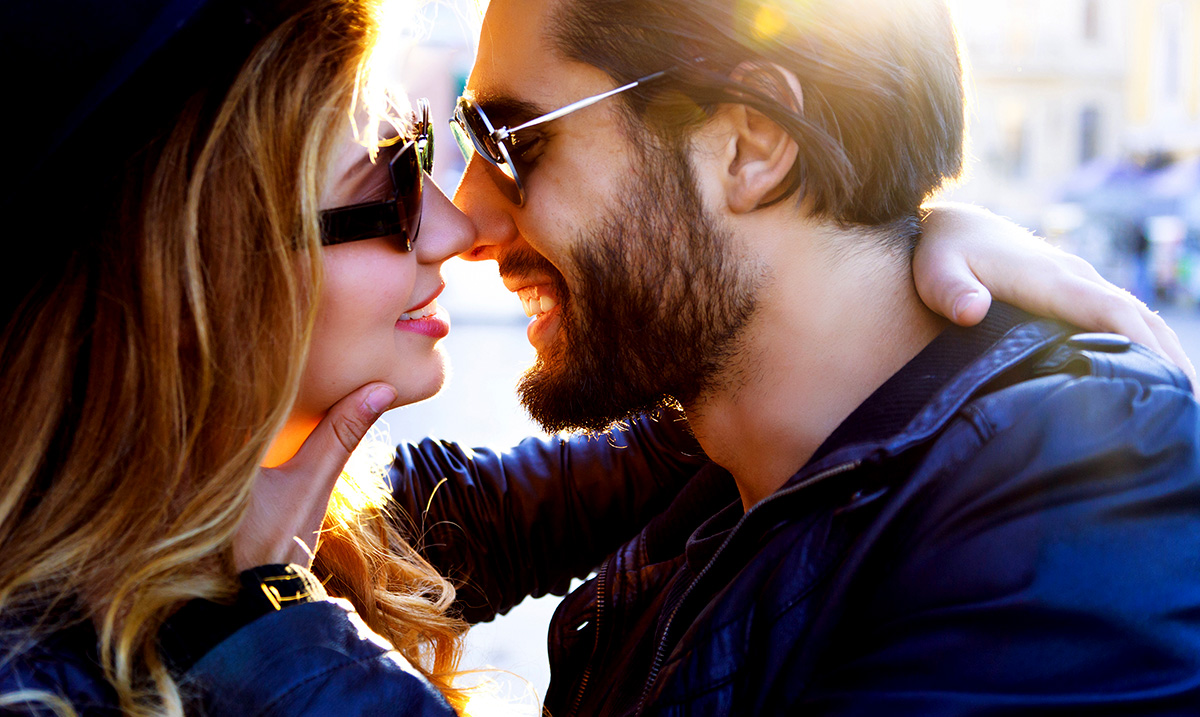 He Doesn’t Love You, He Loves The Idea Of You – 13 Red Flags To Look Out For

So, you’ve been together for a while and you think you found ‘the one,’ but his recent events are starting to make you second guess the status of your relationship. Often, we forget to trust our intuition, but if you find yourself ‘feeling’ like something is wrong, even if you can’t quite put your finger on it, pay attention!

There are many different ‘types’ of relationships out there, ranging from the most committed and dedicated of long-term connections to the casual hook up, and the challenge falls in determining where your relationship falls (and if you’re on the same page).

You may feel 100% devoted to him, determined that he’s the person you want to spend your life with – but your dedication to him doesn’t automatically mean that he feels the same way! Consider, for a moment, that you may be in a situation where you are putting more into this relationship than he ever will. Wouldn’t you want to know? Wouldn’t it be better to discover this now, then to continue pouring your time, effort and energy into a relationship that is doomed to fail? 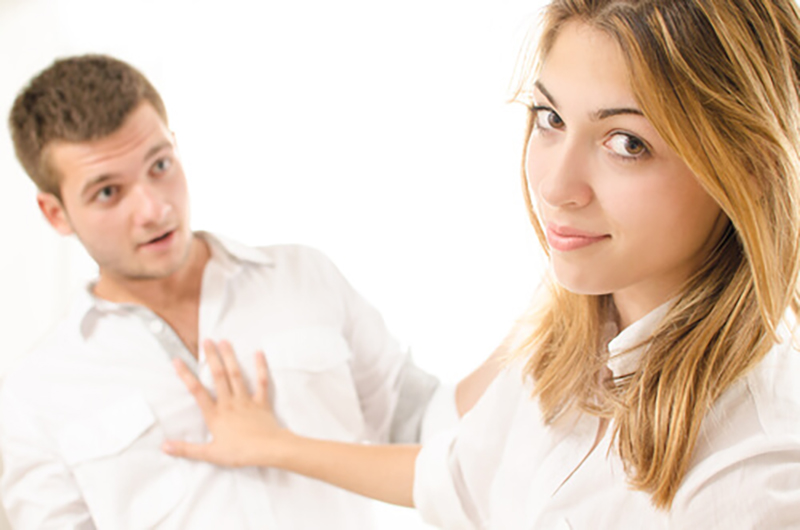 Pay attention to these 13 signs that he’s really not that into you:

We live in a day and age where our social media is everything. We share where we are, who we’re with, what we’re doing, what we’re buying and every other little detail that may come to mind. Let’s be honest, the average American overshares to an incredible level… That being said, if you notice that he’s avoiding any interaction with you on social media, or minimizing any evidence of your time together, take notice. If he’s more open to sharing where he bought his coffee than he is to show he had coffee with you that’s a big red flag.

#2 – He Avoids the Term Girlfriend

If you’re still early in the relationship and haven’t yet figured out where you stand, then it would make sense to avoid this label. If, however, you have discussed the idea of being exclusive and agreed to take this step, yet he avoids referring to you as his girlfriend, changing his social media status or referring to your relationship anytime that you are in public then he’s likely just telling you what you want to hear. Don’t fall for the ‘she’s just a friend’ trap. You deserve better.

It’s great that you’re comfortable enough that you can go out drinking with one another, having a good time, but have you noticed that it’s every time? If you notice that every time you make plans it either involves drinking, or he shows up already drunk, then there are two explanations, and neither is good for your relationship. He either has an alcohol problem that needs to be addressed, meaning that he is like this with everyone in his life, or he feels like he needs alcohol in order to spend time with you. Either way, it requires attention.

#4 – Communicates When It Works for Him

Communication is key in a relationship, but what about the situations where you’re not getting as much as you put out? If you’re going out of your way to reach out to him – sending text messages, calling or messaging him on social media, but you’re only hearing back from him when it’s most convenient, then you need to realize that you are not a priority in his life. It’s not that he doesn’t like you, but you’re never going to come first in his life.

If you are in a relationship with a man that is looking to reach a deeper level, spending your lives together, he is going to let you into his life… All of his life. He should want to share his day with you, telling you all about how things went at work, what his family and friends are up to and how he feels about a situation that he recently experienced. If, however, you notice that he has built up walls around his heart, avoiding sharing anything, consider this a sign. This is especially true if he was open and excited at first, only to close himself off the second he drew you in.

Often when someone is looking for a way out they are willing to say whatever it takes to make the split easy. If you notice that he’s using phrases such as ‘I’m no good for you’ or ‘You can do better than me,’ he is already laying the groundwork to walk away when the time comes. He has no intention of reciprocating your feelings, in fact, he is actively creating a viable excuse so that he doesn’t have to lie. If he is telling you early on that it’s not going to work, don’t try to change his mind. Just walk away.

There is nothing wrong with spending time pursuing your own individual interests, in fact doing so can help you to build a stronger, balanced relationship, but pay attention to how much ‘space’ he requires. If he is always out with the guys, doing his thing and leaving you waiting at home for his return then consider it a sign. He likes the ‘idea’ of dating you, but he doesn’t actually want to put the effort into fitting you into his life. Instead, he expects you to stick around waiting for when his interest strikes. This isn’t how a healthy relationship works!

He swept you off your feet with his grand plans and great ideas, promising you a beautiful future together, however, time has passed and you’ve yet to see a single plan come to fruition consider this a warning sign. If he’s serious about you and your relationship he will put in an honest effort to build this life together. This may include taking vacations together, searching for your dream home or changing his work schedule to free up more time together. It’s great that he can talk a big game, but you need someone that can follow through on his promises.

If a man is serious about building a life with the woman that he is dating, he will be excited to introduce her to the people that he views as meaningful in his life. If you notice that he’s not only waiting to introduce you to people, but he’s actually avoiding it, it’s time to take a step back and consider why. If he’s avoiding introducing you into his world and his social circles, then he has already decided that you aren’t going to be sticking around long-term.

#10 – Zero Interest in Meeting Your Friends

You likely have close friends and family members whose opinion you high value, people that you share everything with. You know that in order to take your relationship to the next level they will need to meet him, after all, you can’t date someone they don’t approve of, right? If you notice that he’s got an excuse every time you try to set something up, avoiding any situation where he may have to meet the people in your life then pay attention. In a roundabout way, he’s telling you that he has no interest in taking this relationship any further. Aware that your loved ones will see through his games, he’s simply delaying the inevitable.

Life can get busy, and it’s not surprising that there may be times that you fail to keep in touch for a few hours, or don’t see one another while you’re traveling for work. If, however, you notice that he literally disappears for days on end with no explanation as to where he’s going, or warning that he may be going radio silent, then this is a sign that something’s wrong. He wants you to be around when it fits into his life, however he isn’t willing to make you a priority or consider your own needs. He may even take pleasure in your attempts to beg for his attention. You need someone who will consider your thoughts and feelings not just his own.

This may be nothing, or it may be a huge red flag. There are going to be times that it makes sense on a logical level to spend time in one place or another, and that’s okay. However, if you notice that he never makes the effort to come to your house even when it would be easy to, expecting you to come to him then this is a sign that you are a relationship of convenience and not one that he’s willing to work for. He’s not even willing to drive to your house, so do you honestly expect him to fight for you when times get tough?

Eye contact can be an incredibly personal and intimate connection shared among two people, allowing you to connect in a deep and meaningful way. Consider, for a moment, how you feel when you stare lovingly into the eyes of someone you love, this is the stuff of fairy tales and romance novels! If you notice that he completely avoids making eye contact with you, or he is quick to break eye contact when you do share it, then he is telling you that he isn’t ready to take your relationship to that level. You need a man who isn’t afraid of intimacy.