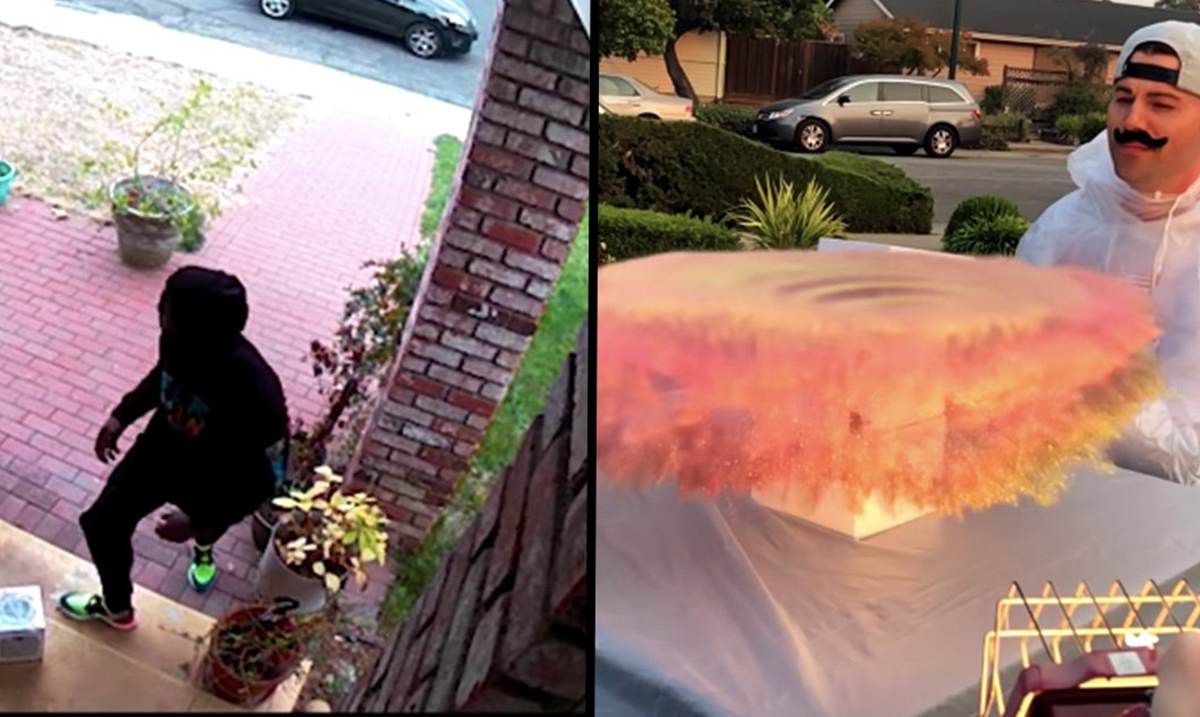 Former NASA Engineer Designs ‘Glitter Bomb’ To Get Revenge On Amazon Thieves, And The Video Is Hilarious

By Elizabeth DeVille December 19, 2018 No Comments

It’s that time of year when delivery companies are kept busier than ever, bringing Christmas orders, gifts and more to our front door. Unfortunately, with deliveries also tends to come a rise in the number of packages being stolen right off front porches across the country. But one man wasn’t going to sit back and take it.

The rate of package thefts in the United States isn’t tracked like other crimes, largely because it’s almost impossible to prove in most cases, there are simply too many variables. However, an estimated 30% of Americans reported that they were the victim of package theft on at least one occasion in a survey conducted by Xfinity Home, Comcast’s home security service.

When former NASA engineer and science-lover Mark Rober had a package taken from his own doorstep, he took the security camera footage immediately to his local police office. Unfortunately, the officers informed him that they wouldn’t be able to investigate the incident due to a lack of time and resources. Unwilling to just sit back and accept that the thieves would get away with this behavior, Rober made it his mission to take justice into his own hands.

What followed was 6 months of hard work, designing, testing, and redesigning the perfect device to teach these sticky-fingered thieves the ultimate lesson. The result? It’s absolutely incredible, but don’t take my word for it, check it out for yourself…

Rober invented a ‘glitter bomb’ inside a package that was carefully constructed to look like an innocent Amazon package delivery. The package was also outfitted with 4 smartphones designed to record the event in a 360-degree span around the package, uploading the footage to the cloud (in the event the package is completely lost) as well as offering GPS tracking of the package (and those who took it). As if the mountains of glitter weren’t a big enough shock for the unsuspecting package thieves, he also included a far spray device allowing the package to give off a horrible odor every 30 seconds.

The best detail? If you look closely enough of the fake packaging slip that he designed, to make the package look believable from a distance, the return address was that of Kevin McCallister from the ‘Home Alone’ movies, the inspiration for the whole project.

After recording numerous package thieves following their decision to take the package that so obviously was not theirs, Rober put all the footage together with an explanation of the project and uploaded the video on YouTube. It quickly went viral, with over 12 million views in just 24 hours, and counting.