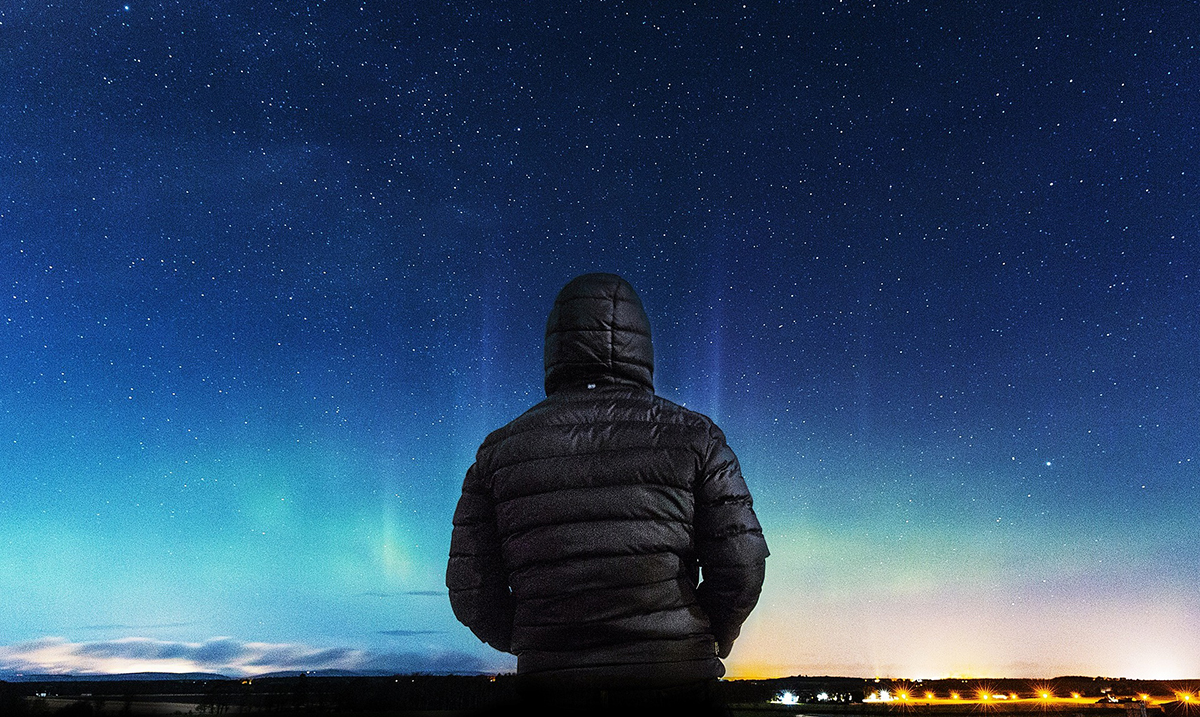 By Elizabeth DeVille December 30, 2018 No Comments

Stargazers and astrological enthusiasts, it’s the start of a new year and with a new year comes another list of great events that you don’t want to miss. While 2019 may not have as many reasons to check out the night sky, there are still some pretty amazing events to take in!

The great news about the following list of astrological events is that they are available to anyone who is interested in staying up late enough, braving the weather (whatever it may be) and checking them out. Some will be easier to see than others, but all listed should be visible with the naked eye, weather permitting (sorry, I can’t control the clouds from blocking your view).

There are definitely steps you can take to improve your chances of a better view. First, the tall buildings and light pollution of the city can make it far more difficult to see. If possible, head out to a wide-open area, like a field, out in the country to remove as many obstacles as possible. Second, while these can be seen with the naked eye, you will need to give your eyes a chance to adjust to the darkness. Using a flashlight or electronic device will hinder this process. Put away your smartphone and skip the lights – if you give your eyes a moment to adjust you won’t need a light to see anyway.

While the Quadrantids actually run for a longer period of time, the peak for the shower is expected to fall in the late hours of January 3rd and the early morning hours of January 4th. While you may have to contend with some cloudiness, as is common in the month of January, experts report that the moon is not going to be a factor that you have to concern yourself with. However, make sure you bundle up as it’s likely going to be quite cold at this time!

While lunar eclipses are relatively common, a total lunar eclipse is a far rarer event. This occurs when the shadow of the Earth falls completely onto the moon. As the sun’s rays move through the Earth’s atmosphere they are diffracted, causing the moon to appear a reddish color. This sight is going to be even more spectacular due to the fact that it’s a supermoon, which indicates that this is the moment the moon is closest to the Earth making it appear bigger and brighter in the night sky.

If you are interested in viewing the planets, this is an important night to acknowledge. Mercury is often hard to see due to the fact that its orbit causes it to be incredibly close to the sun, however, at this point, it is furthest away allowing for the best chances to view it. In order to see it when it’s at its highest point in the horizon, plan to look for Mercury just after sunset.

While this isn’t exactly a ‘sight’ to take in, it is an important turning point when it comes to your ability to view the night sky. The Spring Equinox is the moment in which the sun is shining directly upon the equator providing us with a total balance of day and night. Why is this important? Tracking the shift between day and night throughout the year will help you to know what times are best for stargazing. With the nights getting shorter, this is limiting your available timeline.

Unfortunately, this year’s Lyrids Meteor Shower may be a little more difficult to see as the waning gibbous moon is going to be especially bright. Just as the light pollution from the city can make this harder to see, so too will the increase in natural light. Further adding to the complication, the peak is going to come in bursts and only for a single night, however, if you’re determined to check it out the best viewing hours will come in the hours just before dawn.

May 5th to May 6th: Eta Aquarids Meteor Shower

Another great meteor shower to come this year will be the Eta Aquarids. While the peak is expected to arrive just before dawn on May 6th, the darkened sky from the May 4th new moon will mean that you can likely check it out a day or two early and still catch sight of the meteors. However, be warned, the Eta Aquarids will certainly favor the southern hemisphere, making it a little more challenging to see in the north.

You have likely heard the phrase ‘once in a blue moon’ at least once during your life, but do you know what this phrase refers to? The ‘blue moon’ occurs when there is an ‘additional full moon in a given period’. There are technically 2 different definitions – When there are 4 full moons in a season, this is the name given to the third full moon, a phenomenon that occurs approximately once every 2.5 years. The other definition is when there are 2 full moons in a single month. The May 2019 Full Blue Moon refers to the first definition, a seasonal Blue Moon.

The term ‘Jupiter at Opposition’ refers to the point when Jupiter is almost directly opposite from the Sun, improving your chances of seeing the planet in the night sky. This will also be the point in which Jupiter is at its closest approach to Earth, making the planet even bigger and easier to spot. If you’re a space enthusiast and are interested in viewing the planet, this is your chance!

This is great news for stargazers. Up to this point, the amount of nighttime that you had available to you was getting shorter and shorter, seriously limiting the time you had available to check things out. However, Summer Solstice marks the longest day of the year (and, therefore, the shortest night). While that means today is likely a pretty bad day to reach for your telescope, it marks an important shift where the nights are now going to start to become longer.

A longer meteor shower that stretches out for weeks, you may be able to take in it in the days before or after the peak, but rest assured, the best chances to take in the Delta Aquarids is going to occur the late hours of July 28th into the early morning hours of July 29th. The moon is going to play nice, allowing for a darker sky, which is important as these meteors are generally fainter than many of the other meteor showers that we will experience.

Due to its incredibly high rate of meteors during the peak compared to other meteor showers throughout the year, the Perseids have gained popularity. This year it is estimated that the peak viewing (August 12th to August 13th) will bring a rate of approximately 80 meteors per hour. The moon is much brighter than it has been for many of the meteor showers hindering viewing slightly, but with the large number of meteors available you should still be able to take in a good show.

The nights continue to get longer and longer, and the fall equinox is a great moment to celebrate as a stargazer. Once again, as we mentioned with the Spring Equinox, the sun is falling directly onto the equator providing us with equal daytime and nighttime hours. From this point forward, you will have more night than day, providing you with a longer period of time to check out the night sky.

The Draconids get their name from the constellation they are seen closest to, Draco the Dragon. One of the smaller meteor showers, the Draconids are often overlooked. This is largely due to the fact there are so few to be seen. This year’s meteor shower is going to come in the light of the waxing gibbous moon, further adding to the challenge. Unfortunately, this year may not be the best year to enjoy this minor meteor shower.

While some shooting stars from the Orionid Meteor Shower are expected to be visible in the night sky between October 16th and October 30th, the peak of the shower and best viewing opportunity will fall in the late hours of October 21st and early hours of October 22nd, weather permitting. This isn’t going to be as spectacular as the Perseids, with the peak estimated at 25 meteors per hour, but the lack of moonlight is going to play to your favor.

This year is certainly not your year if the Taurids are on your ‘must see’ list. The peak of the shower is only estimated to reach 10 meteors per hour, and with the moon nearing its full moon phase, it’s going to be incredibly bright in the night sky. This isn’t to say, however, that you won’t be able to catch a glimpse if you’re determined to get out there and check it out!

Another smaller meteor shower that we can expect in 2019 is the Leonids Meteor Shower. While you may be able to catch sight of the ‘shooting stars’ associated with the shower anytime between November 15th and November 20th, the peak is estimated to fall on the late hours of November 17th and early hours of November 18th at a rate of approximately 20 meteors per hour. The November 12th full moon certainly isn’t that far gone at this point, meaning the light of the moon is going to create a little added difficulty in checking this one out.

Another one of the ‘great meteor showers’ that you can view during 2019, the peak of the Geminids Meteor Shower is estimated to hit 100 meteors per hour. Unfortunately, the moon is going to be incredibly close to being full which will hinder your viewing abilities slightly. However, with the high rate that this shower is moving at, you are still sure to get a great show, weather permitting.

The exact opposite of the Summer Solstice, this is the longest night of the year. Weather permitting, that means that this is your chance to really embrace your love of stargazing and take in the night sky. This year (as you will read next) it will even line up with the peak of the Ursids Meteor Shower. However, the joy of Winter Solstice is bittersweet. Why? Moving forward the nights are now going to start to become shorter once again.

As we just discussed, the final meteor shower of 2019 is going to line up directly with the Winter Solstice, meaning there will be plenty of nighttime hours to take this in. Further helping us along will be the fact that the moon is approaching the December 26th new moon, meaning the night sky will be dark enough for optimal viewing. However, with only 10 meteors per hour expected at its peak, it may still be harder to view than some of the other shows earlier in the year.