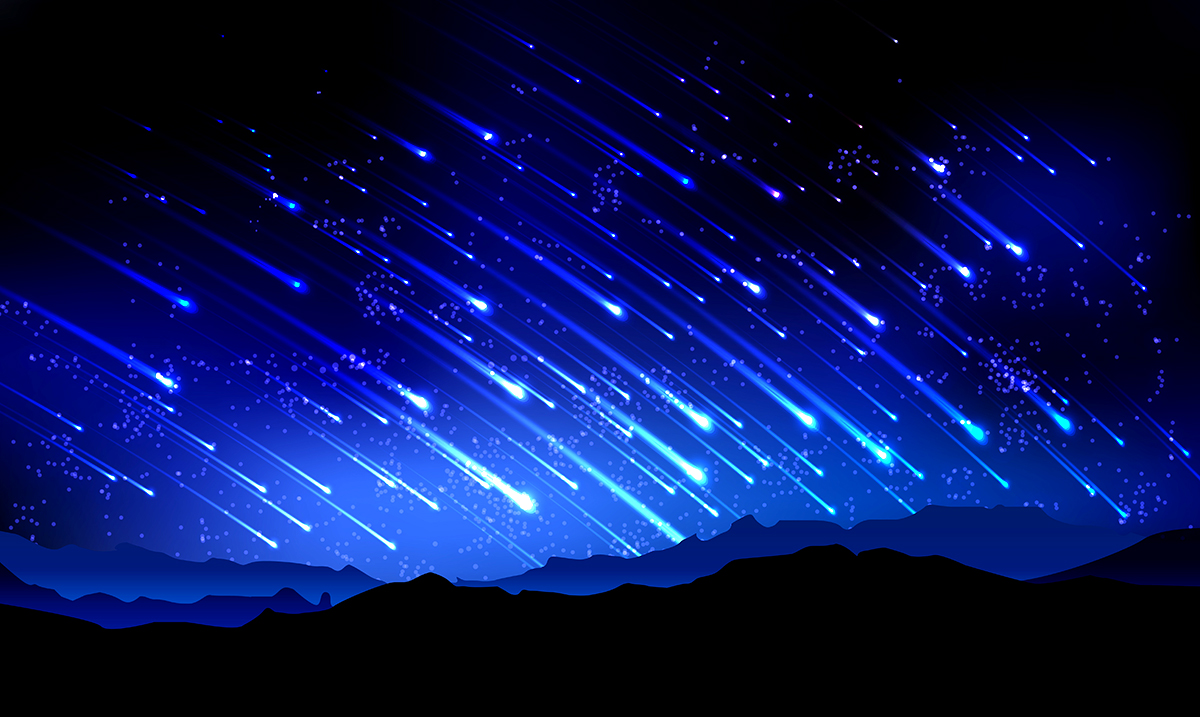 By Elizabeth DeVille November 15, 2018 No Comments

Each year in the month of November the Leonid Meteor Shower graces the skies, providing a beautiful show for all who stay up to enjoy it. While this particular meteor shower is known in the past for its incredibly high rate of meteors, the ability to view this sight isn’t always easy. Are you prepared to catch the show this weekend?

While the 2018 Leonid Meteor Shower is expected to be visible in some areas each night from November 15th to November 20th, the best time to try to take in this view is during the peak, which will fall late Saturday night (November 17th) and early Sunday morning (November 18th). While the history of the Leonids reveals rates of as many as 100,000 meteors per hour in 1833, don’t get your hopes up too high this year. The 2018 meteor shower is expected to contain a much lower rate, with an average of only 10 to 15 meteors per hour visible over the weekend.

“Twenty meteors per hour are likely through the peak, which makes it more active than the recent Taurid meteor shower,” explained AccuWeather Astronomy Blogger Dave Samuhel.

What exactly are we watching when we take in a meteor shower? While the Earth orbits the sun in a fairly regular circular pattern, the orbit of comets is often lopsided of off center. This means that the comet moves closer to and further away from the sun. When it moves closer, the heat causes pieces of the icy surface to break off, leaving a trail behind it of dust, rocks and other debris. When the Earth crosses this orbit, the debris enters our atmosphere, heating it up and causing a bright streak of hot air to appear behind it. This is what gives off the impression of a ‘shooting star’ in the night sky. The Leonid Meteor Shower is the result of crossing the orbit of the comet Tempel-Tuttle.

The ability to see the meteors will be impacted by a number of different factors, including the location of the moon and the weather. The point of origin is relatively high during the peak, specifically during the second half of the night, improving the chances that you will be able to catch sight of the phenomenon. However, as with most meteor showers, visibility will vary depending on where in the country you are. 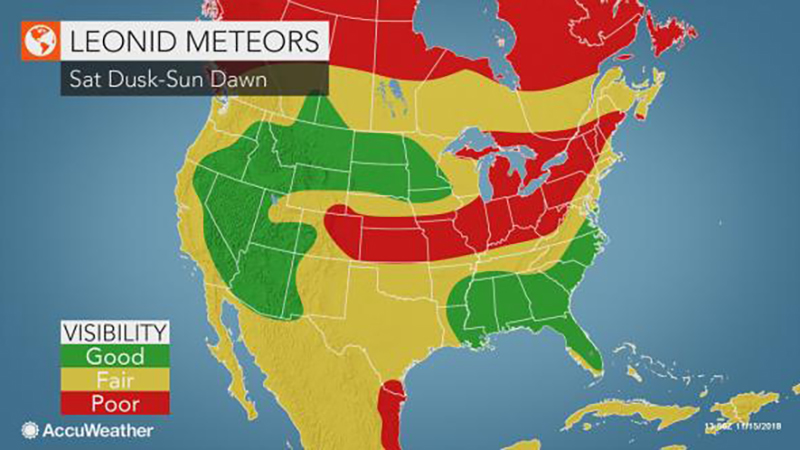 “It may not be a good night at all to view the meteor shower downwind of the Great Lakes, where a lake-effect snow event may be underway,” explained AccuWeather Senior Meteorologist Kristina Pydynowski. “Some clouds may streak into the I-95 corridor, but even where there are enough breaks in the clouds, brisk winds will not make it a pleasant night to sit out to watch the meteors.”

If you do live in an area where visibility is expected to be good, you are likely going to want to bundle up as it is a colder time of year. With the lower rate of meteors, you may have to remain outside longer before you catch sight. They are, however, visible with the naked eye. Simply find a dark open area, preferably outside of the city limits to lessen the impact of light pollution. Lie flat on your back, looking up at the sky and allow your eyes time to adjust. Avoid using bright phone screens or flashlights, as this will hinder your night visibility. It’s sure to be a beautiful sight.