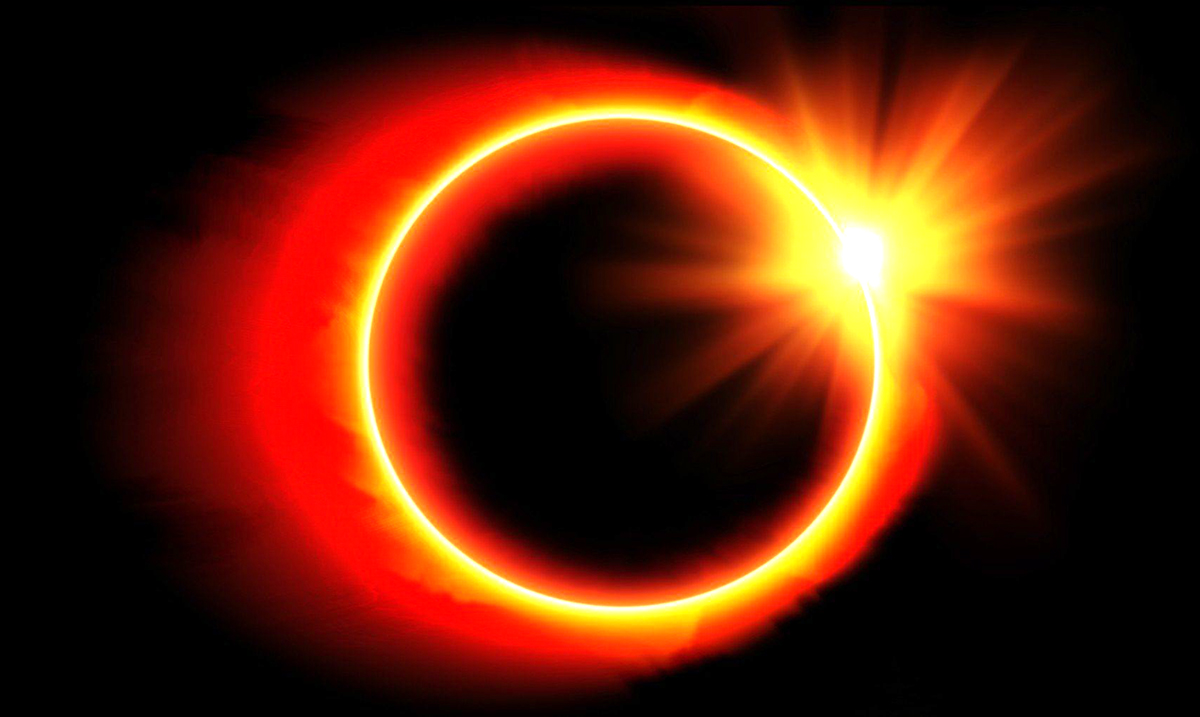 By Elizabeth DeVille December 29, 2018 No Comments

While some astrological events will happen quite regularly, almost losing their ‘magic’ in time (who runs outside just to see a regular full moon?) there are others that continue to captivate our attention with their rare appearances. You don’t want to miss this January’s total lunar eclipse as we won’t see another until 2021!

Whenever we witness a lunar or solar eclipse, these events are triggered by the movement of the moon and the Earth throughout orbit, lining up with the sun to impact our ability to view the light of the moon or the sun in some way. When we see the moon illuminated in the night sky, what we are actually viewing is the sun’s light reflecting off the moon and back to us. However, during a lunar eclipse, the Earth’s shadow falls upon the moon blocking this light.

There are different types of lunar eclipse, depending on how closely aligned the sun, moon and Earth are with one another. The most common, and least interesting, is the Penumbral Lunar Eclipse. This occurs when the shadow that reaches the moon is only the faint outer shadow of the Earth, an incredibly weak shadow that barely causes a change to the light of the moon. During a Partial Lunar Eclipse, the sun, moon, and Earth are not completely aligned, meaning that the dark shadow of the Earth only covers part of the sun.

A Total Lunar Eclipse will include a partial eclipse before and after as the shadows works its way across the moon. However, when the shadow lines up directly with the moon, it will block most of the light that is coming through. The mall amount of light that does pass through the Earth’s atmosphere hitting the moon is refracted and scattered, altering its appearance – as such, the moon gives off a reddish glow known as the Blood Moon.

During ancient times, before this phenomenon was understood, it was often seen as a terrifying experience with the loss of light in the sky viewed as an omen. However, today the lunar eclipse is an astrological marvel that many enthusiasts will go out of their way to take in. While partial and penumbral lunar eclipses are far more frequent, the total lunar eclipse is rare. The last one occurred July 2018, and we won’t until May 2021, so you don’t want to miss this!

The eclipse is expected to start at approximately 10:33 PM EST on January 20th, with a partial eclipse. It will move into the total eclipse from approximately 11:41 PM to 12:43 AM on January 21st. It will then conclude with another partial eclipse. In total, NASA estimates the total eclipse will last 1 hour and 2 minutes, allowing for plenty of time to take in the phenomenon, weather permitting.

For best viewing, makes sure that you are somewhere free from trees and tall buildings blocking your view. Ideally, you would also want to remove any light pollution by moving somewhere outside of the city like a large field. You won’t need any special equipment to view the eclipse, but you will have to give your eyes the opportunity to adjust to the darkness, so resist the temptation to use cell phones, flashlights or other sources of light that will hinder this process. Don’t forget to bundle up!