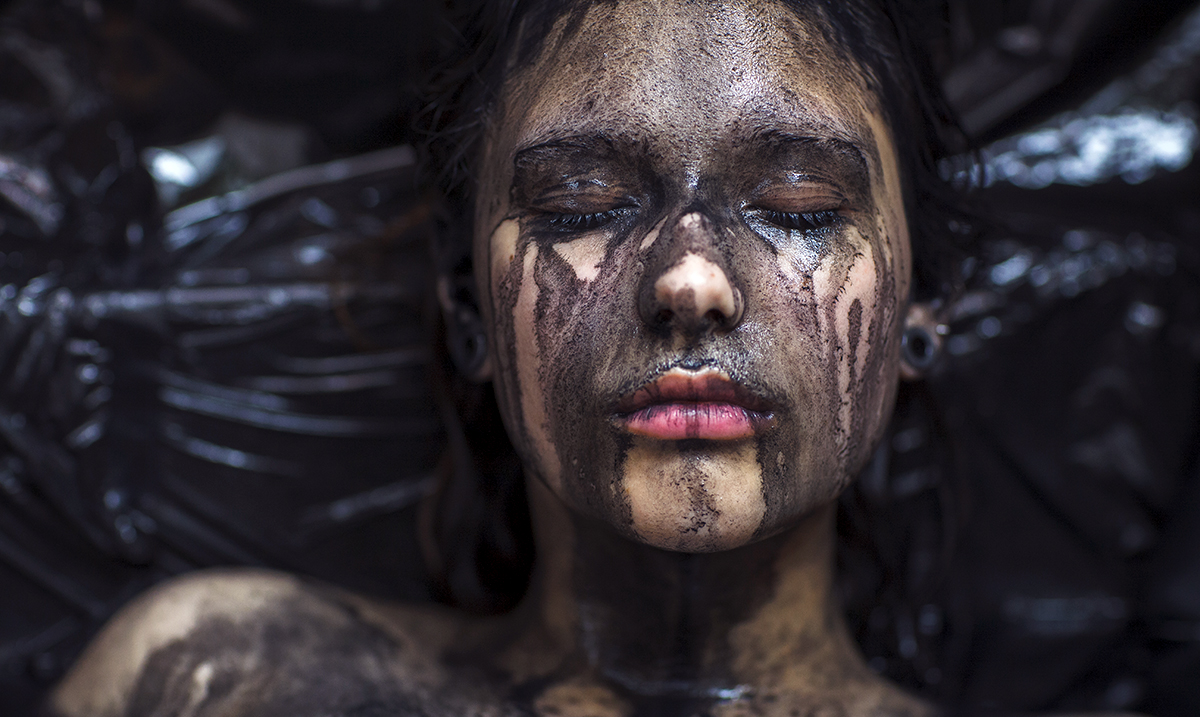 “Toxic people will pollute everything around them. Don’t hesitate. FUMIGATE.” – Mandy Hale

Every one of us at one point or another has come in contact with a toxic person. You may have recognized it, identifying the negative energy of this person immediately, steering clear and protecting yourself. Others, however, have developed the ability over time to blend in with others around them, navigating this world undetected until it’s too late.

Dealing with a toxic individual can be completely exhausting, requiring time and energy to protect yourself physically, mentally and emotionally. They are destructive, tearing apart everything that they touch and everyone that they come in contact with. They may be your family member, co-worker, friend or neighbor. While avoidance is always the most effective tool in your arsenal, it is not always an option. If, for example, you are required to work with someone toxic it is important to learn how to recognize and acknowledge their toxic behavior. Awareness of the problem will allow you to establish healthy boundaries and take the necessary steps to protect yourself. 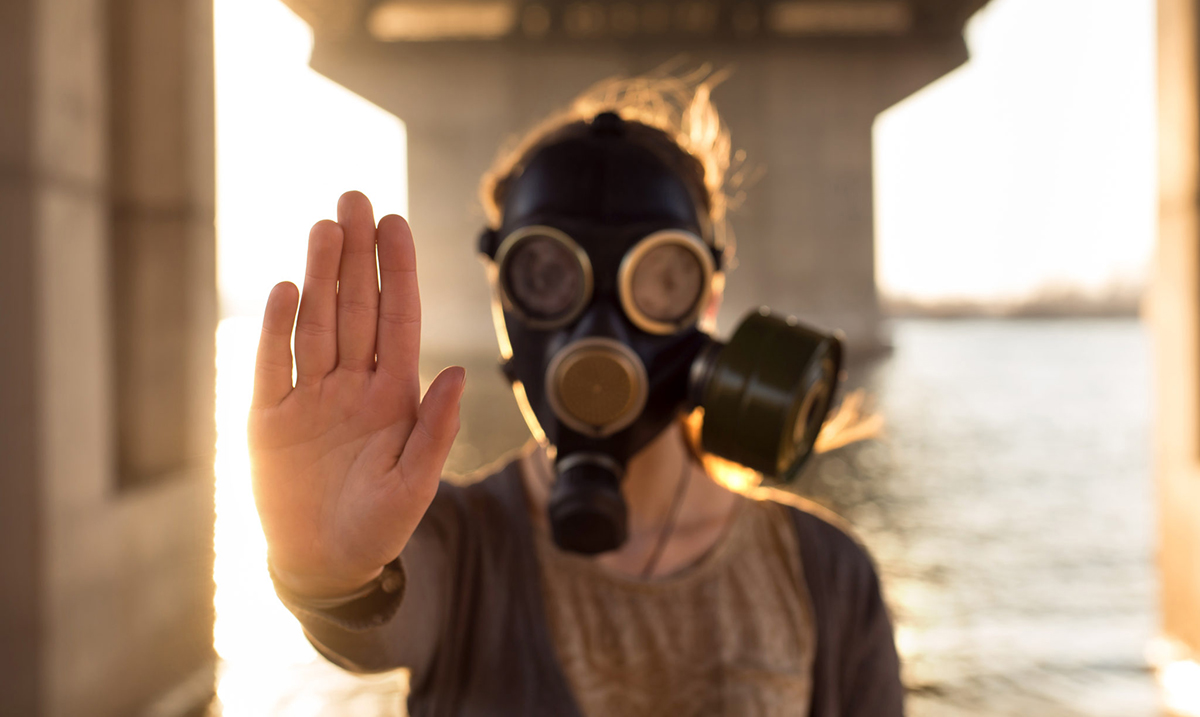 Pay attention for these 11 things that toxic people do:

They Project Their Thoughts and Feelings on Others

Have you ever had someone put words in your mouth, accusing you of feelings that didn’t even cross your mind to begin with? One means of manipulation used by toxic individuals is to actually project their own thoughts and feelings onto their victims. If you notice that the thoughts that they are accusing you of are completely unknown to you, the odds are that the one accusing you is the person who really has a problem. Don’t try to defend yourself or argue with the person, as that will only escalate matters.

They Can Hurt You with Even the Most Innocent Language

Sure, we all know words and phrases that are designed to hurt another person, and we have learned, over time, to recognize these statements and protect ourselves against them. Determined to cause hurt and pain in every chance possible, these individuals will turn even the most innocent of phrases around, making them hurtful. For example, they may use a backhanded compliment, recognizable only by the snide tone in which they say it. Don’t focus your energy on fighting back or stopping them from making comments. Instead, focus on loving yourself and knowing your worth. After all, you don’t need their approval.

You Always ‘Owe Them a Favor’

Life is about give and take, and that in and of itself isn’t a bad thing. Toxic people, however, assign a price to everything in life. They may be giving you a beautiful gift or doing something that appears to be kind, but the truth is that they are lining you up to ‘owe them’ when they want to cash in most. In order to avoid having to deal with the payback down the road, avoid accepting any gifts that seem overly lavish or out of proportion, as well as any favors that come out of the blue or are unrequested.

They Will Manipulate the Facts

While some people may simply ignore the facts, or try to work outside of them, this isn’t good enough for a toxic individual. They are always right, and in order to always be right they need the facts to agree with their own internal dialogue. When these pieces don’t all fall into place nicely, they will actually take the time to manipulate and change the facts to match their own reality. Don’t allow yourself to be sucked into this world of fiction. You know the truth, stay true to that which you know to be true. At the same time, its not worth arguing your point with them as they will simply spin your words in the same way. Don’t waste your time and energy.

They Will Go Out of Their Way to Diminish Your Life

Toxic people feed off negativity, and love nothing more than the moments when the people around them are failing or missing their mark. This is due to the fact that, in their mind, your failure will elevate them above you, ensuring that they are always the better person. They can’t accept your success as it will cause this whole thought process to come crashing down. Instead they will go out of their way to diminish your happiness, success and accomplishments, ensuring that, in their mind, their life is always one step better.

A toxic person never experiences something ‘just a bit,’ every experience is over the top and extreme. For example, if someone disagrees with something that they do, they will tell everyone about how they hate them and attack them at every opportunity. This is also true with their sicknesses or challenges in life. Rather than admitting that they simply have a headache, they are now facing the risk of brain cancer. Try to take everything that they say with a grain of salt.

Their Personality Changes from Day to Day

Toxic people are masters of ‘being who they have to be’ in order to win over their potential victims. In order to do this, they are chameleons, changing their entire personality depending on who they are with and where they are at the time. If someone connects with you one day over your list of common interests and has nothing in common with you the next moment this may be a sign that they were faking who they were initially to establish common ground with you. Try not to take this personally, simply walk away. They aren’t worth your time.

They Employ the Silent Treatment

If things aren’t going the way that they want, they may choose not to fight back. Instead, they simply walk away refusing to accept the situation occurring around them. Suddenly they will stop returning your phone calls, emails and text messages, refuse to engage with you on social media and avoid you in person. This isn’t a reflection of you or anything that you did, so don’t feel guilty. This is merely them acting out like a child because they aren’t getting their way. Don’t play their game, simply ignore them and keep living your life.

They Are Unable to Talk Through Problems with Maturity

When you are facing a challenge or disagreement, the adult approach is for all parties to sit down and talk the situation through in a mature fashion. While this expectation may be completely logical for a healthy, centered and positive individual, you are going to have no luck applying it to the toxic people in your life. They lack the maturity and compassion required to make this work. Make your opinion heard firmly once, without apology, but don’t feel the need to continually defend yourself. This isn’t an argument that’s worth your time or energy.

They Attack with No Warning

One tool often used by toxic people is the surprise attack. Without any prior knowledge or warning, they suddenly attack you with wild accusations and a great deal of drama catching you off guard. When you hesitate to defend yourself, trying to figure out what exactly is happening, this makes you look guilty and further plays into their hand. Try not to allow yourself to be drawn into the drama. If someone does come at you, be the bigger person and walk away before it becomes far worse.

They Are Always Right

One important underlying thought in the minds of a toxic individual is that they are always right… ALWAYS. It doesn’t matter if all the facts defy the reality that they have created, they cannot be persuaded to believe otherwise. For this reason, they refuse to apologize. Don’t buy into their drama. You know the truth, as will anyone else living in reality with you. It’s not worth wasting your breath fighting with them.