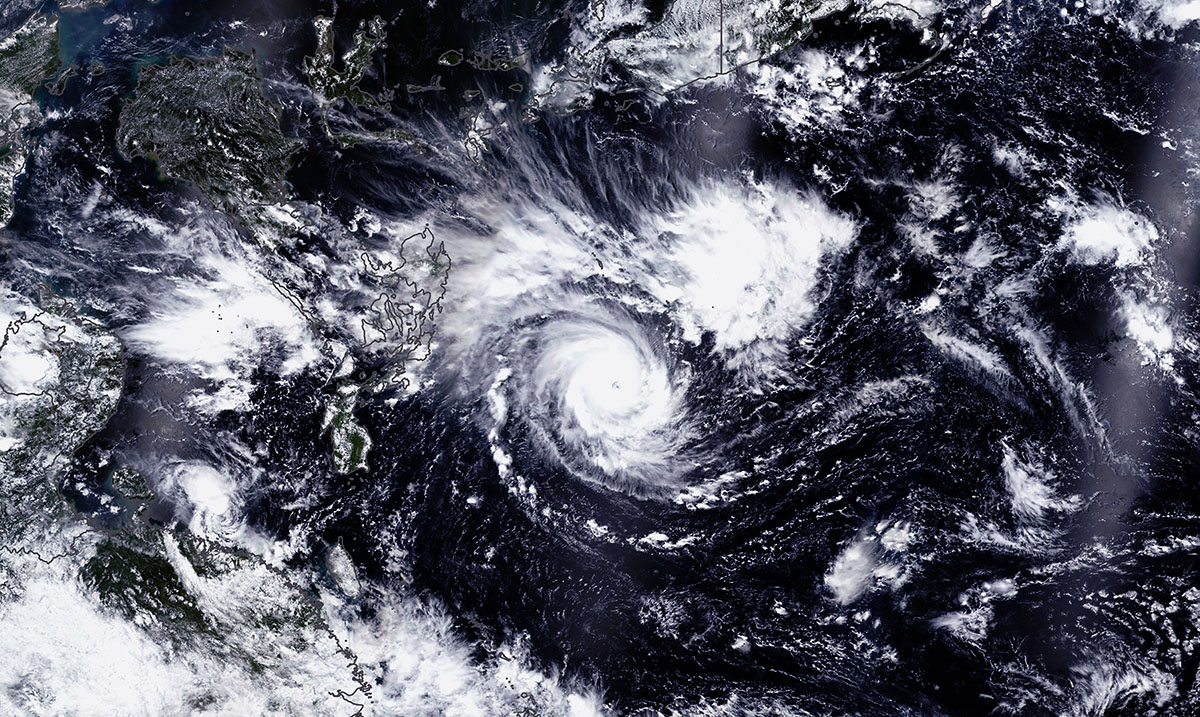 Brace Yourselves for Typhoon Trami, Expected to Hit Sunday With Violent 134 MPH Winds

By Elizabeth DeVille September 29, 2018 No Comments

The incredible destructive power of Typhoon Trami has had many worried as it made its way across the Pacific Ocean toward Japan and Taiwan. Once a category 5 Super Typhoon, the storm has dropped to a category 2, it is expected to once again regain category 3 status as it passes over Japan this weekend.

Earlier this week astronauts on the International Space Station shared a series of photographs of the incredible storm from space. The photos were taken during the height of the storm when it was still classified as a Category 5 Super Typhoon. Astronaut Alexander Gerst took to Twitter sharing the images, with the caption, “As if somebody pulled the planet’s gigantic plug. Staring down the eye of yet another fierce storm. Category 5 Super Typhoon Trami is unstoppable and heading for Japan and Taiwan. Be safe down there! #TyphoonTrami”

As if somebody pulled the planet’s gigantic plug. Staring down the eye of yet another fierce storm. Category 5 Super Typhoon Trami is unstoppable and heading for Japan and Taiwan. Be safe down there! #TyphoonTrami pic.twitter.com/4VmY2hhj2c

However, even as a Category 3 Typhoon, Trami poses a serious threat to Japan. Residents are currently being warned about strong winds, heavy rainfall and the possibility of storm surges in many areas. Just how much rain is expected? Experts are predicting approximately 19-20 inches in Kyushu and Shikoku, with 15-16 inches everywhere else. Enough to cause some serious flooding. This combined with winds that are being described as ‘life-threatening’, the storm is certain to bring the mass destruction of property and buildings, while threatening the lives of those in its path.

Trami has already slammed the island of Okinawa this weekend, clearly demonstrating its power. Wind gusts were reported over 100mph across the island, with winds in Naha reaching 119mph and 126 mph in Itokazu. Officials are reporting 27 injured as of Saturday evening due to the storm’s strong winds, some having been knocked down by the wind while others were struck by broken glass. Approximately 200,000 homes are now left without power, while hundreds of flights across the Ryukyu Islands and western Japan have been grounded.

The storm itself won’t be the only risk to local residents. Mudslides and flooding will also pose an incredible risk to the regions of Kinki, Shikoku, and Kyughu.

Typhoon Trami is the 5th typhoon to hit Japan’s main island since July. One of these storms was Typhoon Jebi, which holds the title of being the strongest storm to hit the island in 25 years. Not only did Jebi cause damage across the country when it hit in early September, but it was also responsible for the death of 17 people. The country was also hit by a volcanic eruption early in the year, killing 1. Waiting in the wings, Tropical Storm Kong-rey is only a few hundred miles west-southwest of Guam and currently headed westward, potentially posing a risk to Japan by mid-late next week.