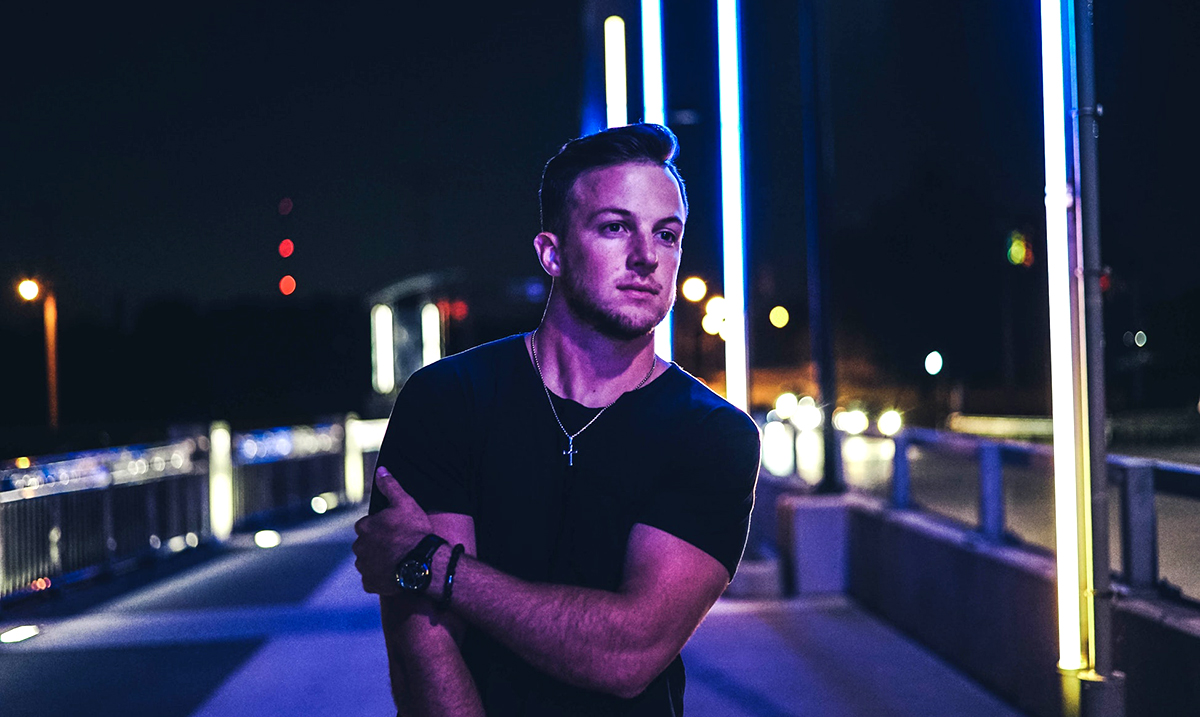 Boyfriends Ranked From Best to Worst, According to Their Zodiac Signs

With 87% of Americans still believing in the existence of true love, the dating world continues to go strong. However, even ‘Mr. Right’, the guy that appears to have everything going for him at first glance, may not have the best ‘boyfriend potential’ long-term…

There’s no guaranteed way of separating ‘Mr. Right’ from ‘Mr. Right Now’. Despite your best efforts, there are going to be guys who can win you over at first glance only to reveal that their true personality is so far from what you were originally shown. Further complicating things, there are going to be those that genuinely want to make your relationship work, but struggle to overcome their own issues and challenges, as well as those that can’t see past their own needs and desires. Confusing? You bet it is!

While I certainly don’t have all the answers (I wish I did, I could have avoided a great deal of heartbreak in my own life), I do have an interesting piece of information which may help you to prepare for what life may look like with him down the road… By focusing on the personality traits associated with each of the zodiac signs, and the way that these personality traits will impact their ability to connect and establish lasting relationships, we can predict what the future holds for these men! For some, this is a promising look at their true boyfriend potential, while for others this may be a harsh reality to accept…

Is he boyfriend material? The zodiac signs ranked by their boyfriend potential from best to worst:

The over the top intensity that most associate with a Scorpio can be intimidating, which would likely lead many to believe that Scorpio guys are further down the list – but here they are in the number one spot! Let’s face it, Scorpio guys are really just big teddy bears when it all comes down to it. On the outside, they are mysterious, distant and intense, but once you break through that hard exterior you will discover a loving, devoted and charming man willing to do anything he can to bring a smile to your face. This one’s a keeper – the total package!

Highly social, Gemini men wear their heart on their sleeves. They are upbeat and positive, lighting up every room that they walk into, eager to bring joy and happiness to everyone that they meet – especially their partners! These guys are totally skilled listeners, not only willing to listen to everything that you have to tell them but genuinely excited to hear all that you have to share. They are such loving and caring individuals that they bring out the best in everyone around them, helping you to get in touch with the heartfelt side of your own personality.

If there is one thing that Libras are known for in general, it is their desire to bring peace and harmony to the world around them. Applying this to your relationship, this is a man that’s going to put his best effort into resolving any disagreement, finding compromises and establishing balance in your life. He’s not one to be preoccupied with his own ego or selfish desires, instead, making the well-being of your relationship as a whole top priority in his life. Be warned, however, while they will generally avoid arguments, if they do decide that something is worth standing up for then they aren’t going to back down easily!

The fiery and determined personality of an Aries guy attracts women to him everywhere he goes. They are the very image of the strong, confident male that will protect you and provide for you, offering a stability that many find attractive. Unfortunately, while Aries men love taking the dominant role, if you’re looking for a clear definition of power in your relationship then you’re barking up the wrong tree. They find women who readily give in to their control to be boring, seeking a woman that will challenge them, pushing them to be a better version of themselves. There is great boyfriend potential, you just have to put a little extra work into it.

The most sensitive and caring men you will ever meet, Cancer men are highly in touch with their emotional side, and they aren’t afraid to show it. When they get into a relationship, they give everything that they have without restraint which will often leave them heartbroken at the end of the day. For this reason, they may seem a little worried or reluctant at first, but if you show them that they can trust you then you will have a boyfriend that will truly give you everything they have. They are very expressive with their love, sharing how they are feeling regularly through their words, actions and a never-ending string of small, meaning gifts. Cancer guys leave no room for you to question whether they love you.

Leo men are often misunderstood due to the fact that they come across so confident, bold and, quite honestly, full of themselves. Rest assured, there is more to a Leo guy than just his ego (although there is no denying that he’s got a healthy one). They put on a great front, but truthfully, Leo men are big softies and complete romantics. They long to find a woman that they can pamper, care for and lavish in love and affection, receiving her love and affection in return. They do struggle a little with their self-esteem, one of the reasons they front with such a confident and bold exterior, so be warned that they need you to actively show and express your love if they are going to feel secure in their relationship.

There is nothing ‘normal’ about an Aquarius man, but that’s part of their charm. They are one-of-a-kind individuals that refuse to conform to society, which can make it difficult at times to connect with others. After all, they have pretty much lost touch entirely with what’s ‘normal’ in this world. This disconnect can make it difficult to build a deeper connection, which is why they are so far down the list. It won’t be for lack of trying – they are more than willing to put their best effort, but it may not be enough. This is a classic example of the fact that love isn’t always enough to overcome everything in life, even if we want it to be. However, if you’re willing to accept that you may have to explain yourself over what you perceive as the most common of things, there is still great potential!

There is one main aspect of a Sagittarius man’s personality that puts him this far down the list, and that’s his need for freedom. They are so focused no seeking adventure, next experiences and fun in this life that the very idea of being tied down can send them running in the opposite direction. If you do get into a relationship with a Sagittarius man, be prepared to give him plenty of space. It’s not that they don’t want to love and be loved, they aren’t even afraid of the concept of commitment so long as it isn’t forcing them into a monotonous routine that will leave them feeling bored for the rest of their lives. If, however, you’re looking for a life of adventure as well, this may be the man for you!

Capricorn men are go-getters, often highly successful in their careers and financial lives. They will certainly provide for a life of stability and comfort, there is no doubting that fact. Unfortunately, they are so driven, focused on the facts and data, that they struggle to get in touch with their heart. This makes it incredibly difficult when it comes to establishing a relationship, as they struggle to truly acknowledge what they are ‘feeling’ at any moment, let alone to share it. Don’t expect lavish declarations of affection or grand gestures of romance with a Capricorn man. They show their affection in a more practical way, like reminding you to buckle your seatbelt or asking if you have eaten. They’re never going to be your fairy-tale Romeo, so don’t go into a relationship expecting to change this.

Prepare yourself if you are considering a relationship with a Virgo man, as they are driven by one thing, and that’s their perfectionist nature. They set incredibly high expectations, not only for themselves but for everyone else that they meet, sometimes aiming so high that it’s impossible to fully live up to what they want from you. The worst part? They don’t see it this way! Instead, they become frustrated when you fall sure, accusing you of not trying hard enough or fully committing yourself. If you’re entering into a relationship with a Virgo man, prepare yourself for a life of criticism, which isn’t generally conducive to a loving, productive relationship. It’s going to be a bumpy ride, so buckle in!

This may surprise you, as Taurus is often seen as an incredibly loyal sign. This isn’t untrue; however, the challenge is overcoming the loyalty they are already feeling before you came into the picture. This is where you struggle with the mama’s boy that’s unable to create enough distance with his family to start establishing a serious relationship. To top it all off, they are HIGHLY stubborn – so if they have decided how something is going to go, good luck trying to convince them to change their ways. You want to be sure that you share the same morals, values, beliefs, and goals in life before starting this relationship because they certainly aren’t going to compromise!

Known as the most romantic of the zodiac signs, Pisces men have spent their whole life building up their fairy-tale relationship in their mind. The biggest problem with this image is that it is created in a fantasy world and lacks any real-world application. He’s not going to find some damsel in distress, waiting for him to swoop in and save the day. In fact, if that’s the kind of woman that he keeps going after, he’s likely going to find himself being taken advantage of at every turn. The struggle with dating a Pisces doesn’t end here. Their disconnect with the real world doesn’t end with their relationships. They are going to spend most of life with their head in the clouds, escaping any time that life appears to be difficult. If you’re going to be in a relationship with a Pisces man, you better be prepared to pick up the slack – in fact, you’re pretty much going to be carrying it all on your shoulders!