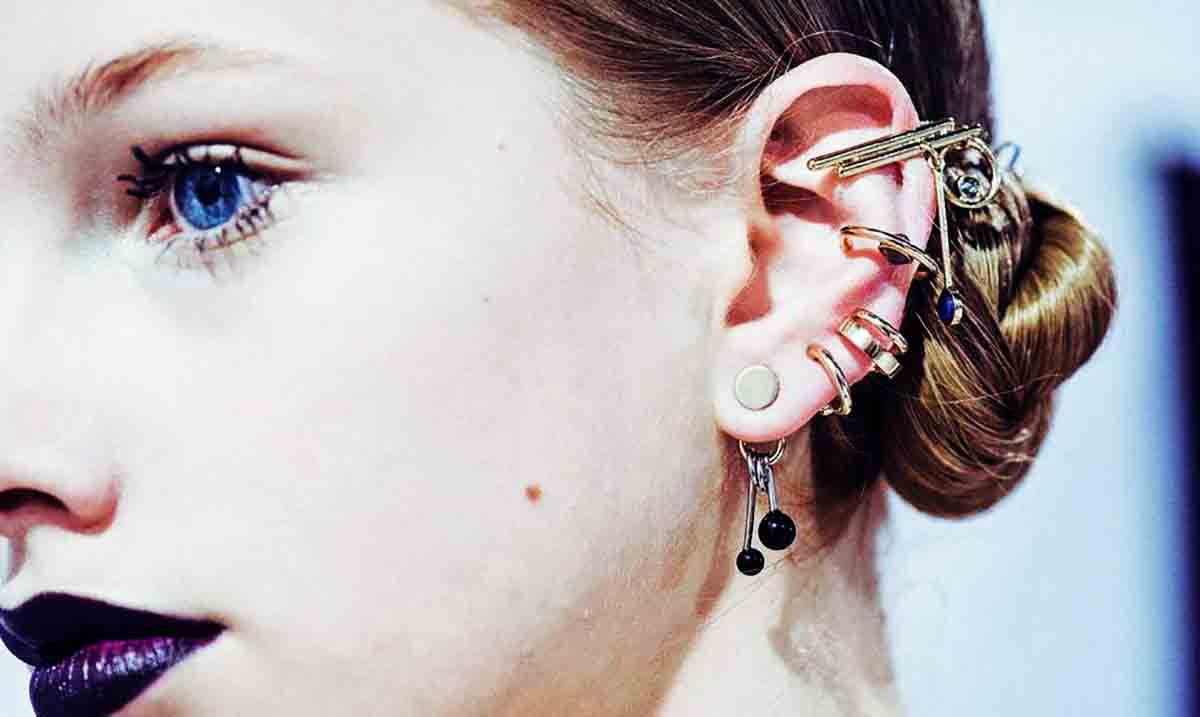 By Elizabeth DeVille November 1, 2018 No Comments

Long before our modern science and medical knowledge, an alternative system of medicine known as Ayurveda was used to ensure health and well-being. Today, Ayurveda is still practiced around the globe, introducing otherwise overlooked approaches to our health and well-being, including the many benefits of ear piercing.

When we consider today’s modern medicine, it is a system built on treating and preventing disease, with surgeries and pharmaceuticals designed specifically for these means. Ayurveda, however, is more than that. It’s a broader view, defined as the ‘science of life’. In fact, the word Ayurveda can be broken down to mean just that, with Ayur meaning ‘life’ and Veda meaning ‘science or knowledge’.

Practitioners make decisions based on two main guiding principles. First, the mind and body are connected. Second, the greatest source of healing power available to us is the mind. Many of their treatments are based on the concept of bringing balance to the body and mind, restoring their optimal symbiotic relationship.

One interesting approach to treatment that as used by Ayurveda practitioners was the use of ear piercing. While this is largely overlooked in today’s medicine, it has started to gain attention as discussions have surfaced regarding the use of the daith piercing for the management of headache and migraine pain. In an effort to seek more information about the piercing’s potential effectiveness, we turn to the internet and search engines, only to open the door to additional information regarding the use of ear piercings for health and well-being.

Ear piercings were an important part of the Ancient Indian rituals known as samskara, a series of actions that one would go through in order to bring purity to one’s life. The first begins with the moment that husband and wife come together to conceive a child and continue through until the last rites are completed following death. The ear piercing, or Karna Vedha, is traditionally completed either on the 10th, 12th, or 16th day, or in the 6th, 7th, or 8th month, or in odd years following the year of birth. For a female child, the first earlobe to be pierced would be the left, while it would be the right ear first for a male child.

The practice of Karna Vedha is said to have the following benefits:

Practitioners of Ayurveda believe that the wearing of earrings promotes the flow of energy throughout the body. In doing so, not only does this balance the energy points leading to optimal mental and physical well-being but when in peak shape we also function at our best, with more energy and motivation.

This specific benefit relies on the use of acupuncture points. There is a point in the center of each earlobe that is said to be connected to the eyes and applying pressure to these points can help to sharpen eyesight. Therefore, piercing these points would have an ongoing effect.

The cleansing power of the Karna Vedha procedure is said to protect the genitals from potential diseases, promoting optimal reproductive health. It is also said that ear piercing works to help regulate the menstrual cycle in women, which, in turn, encourages optimal health. Meanwhile, it is believed to prevent the collection of fluid in the testicles of men.

Ayurveda practitioners believe that there are points in each of the earlobes known as marma points. These points are said to be the medium point for each of the half of the brain. The act of piercing creates a connection point on each side, bringing the brain together as one unified unit, promoting optimal function and healthy development. This will ultimately result in improved memory and concentration.

Another pressure point in the ears that is said to promote better health is linked to the digestive system. Known as the ‘hunger point’, piercing the ear helps to regulate our appetite, reducing the risk of obesity and preventing many digestive related illnesses.