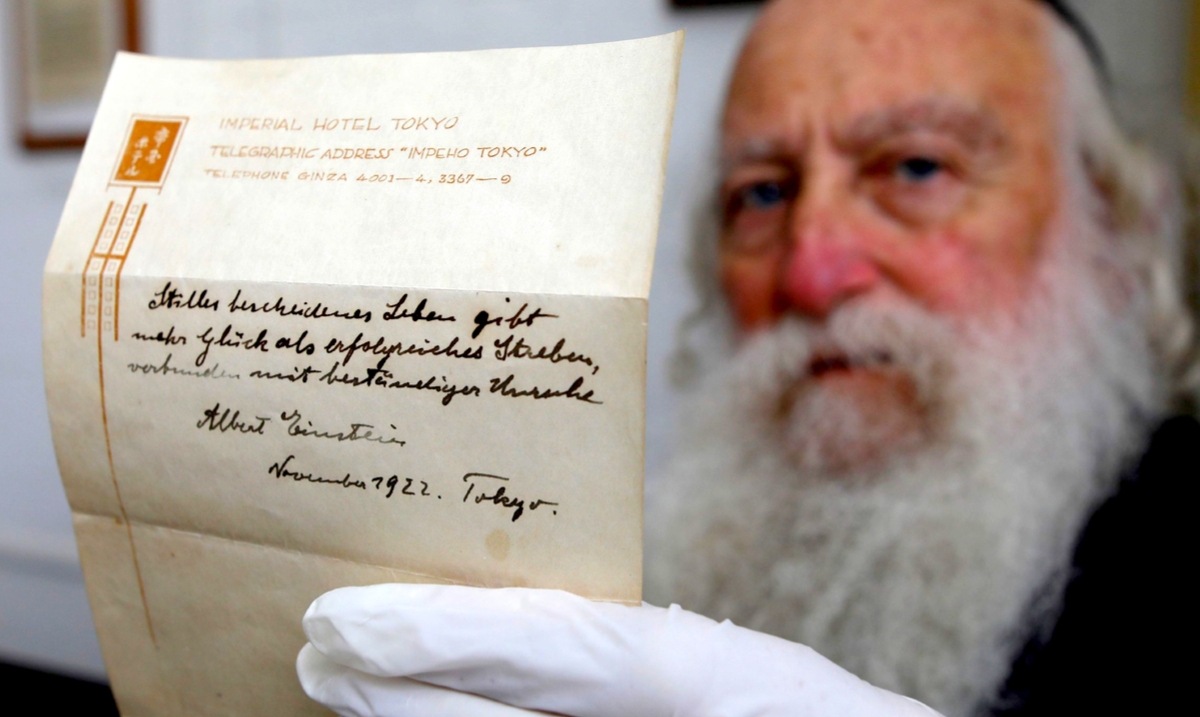 When you think of the stereotypical genius, one of the names that immediately comes to mind is like that of Albert Einstein. While his work in Physics earned him the Nobel Prize, this incredible mind had even more knowledge and wisdom to share with the world.

Einstein made history when he published his General Theory of Relativity in 1915, theorizing that the speed of light is a constant and that the law of physics always maintain the same form. While these statements may sound pretty basic to the average mind, to those in scientific fields, these theories provided a framework upon which the concepts of space and time were eventually built. They continue to impact the world of science to this day.

Seven years later, on a piece of stationery from the Imperial Hotel in Tokyo, Japan, Einstein would write another theory. This time he didn’t stick to the world of science, in fact, he strayed quite far from the field he was best known for. Instead, he revealed what he believed to be the true recipe for happiness. This small yet important piece of paper wasn’t written for a dignitary or company CEO. Einstein handed it to a messenger boy as a tip, promising that it would be worth a lot some day.

While it was clear that Einstein was offering the young boy some incredible advice, he never could have predicted what would come. Now known as ‘Einstein’s Theory of Happiness’, the small handwritten note sold on October 24th, 2017 for an incredible $1.56 million at an auction in Jerusalem. It was only one in a series of notes and knowledge, handwritten by Albert Einstein himself, all from the same hotel notepad.

The writing on the note wasn’t elaborate and over the top. Instead, Einstein’s words were simple: “A calm and modest life brings more happiness than the pursuit of success combined with constant restlessness.”

It’s a lesson that many of us could use today. In our fast-paced, high-demand world we complicate our search for the things that bring us joy – searching for lavish lives, fame, and fortune. Far too often we connect happiness with material wealth, but the truth is far more basic, far simpler. Instead, we need to strip away the high expectations, misconceptions, and stereotypes.

We need to take the time to live in the moment and truly see the incredible blessings that we are given every day. We need to learn to be grateful for the life that we are living, and the opportunities that it presents us.