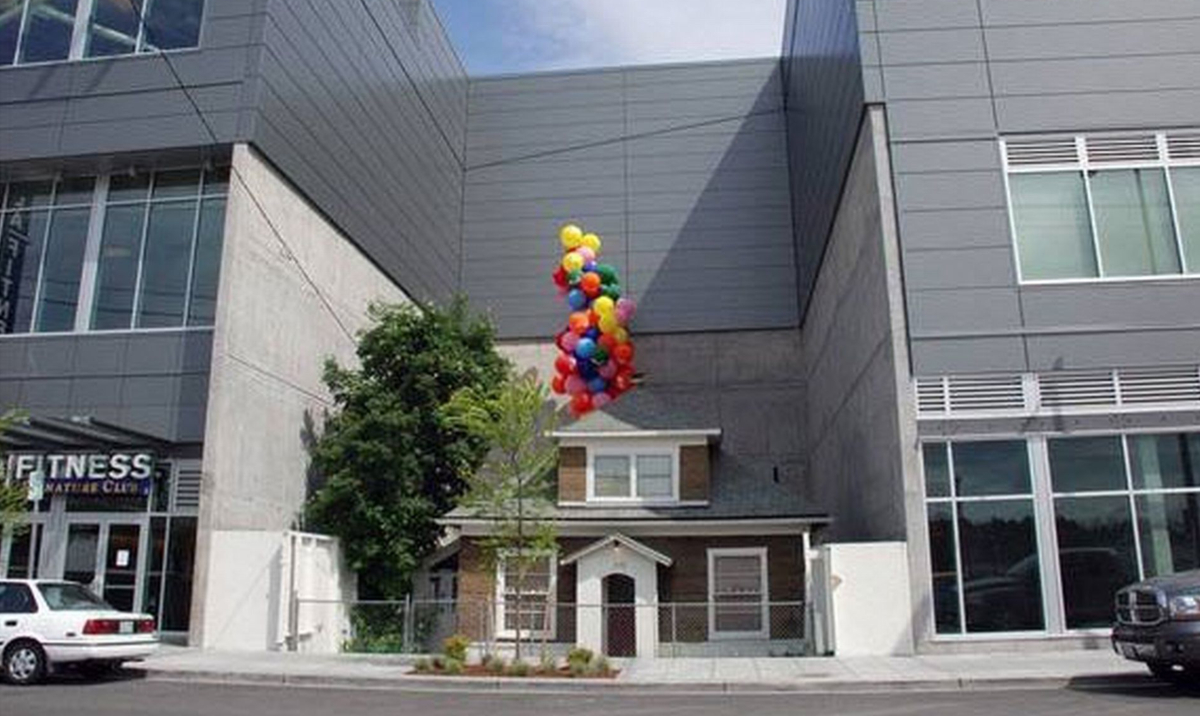 84-Year-Old Woman Refuses Mall’s Offer of 1 Million Dollars For Her Home, Forces Them to Build Around It

By Elizabeth DeVille January 1, 2019 No Comments

Imagine someone came knocking on your door tomorrow offering you a million dollars to leave your home and relocate somewhere new, would you take it? While most people would jump at this opportunity, one woman wouldn’t hear of it.

Edith Macefield’s house has gained a lot of attention in recent years. Even more interesting, is the fact that this house has grown it’s own following as the ‘Up House’ due to the fact that it so closely resembles the home in the popular Pixar animated film ‘Up’. While there is no denying the obvious similarity, Macefield’s home has also drawn the attention of the public for another very unique reason. After declining a million dollar offer to sell her home and allow for it to be torn down for the commercial development the Ballard Blocks, she forced the company to build around her. 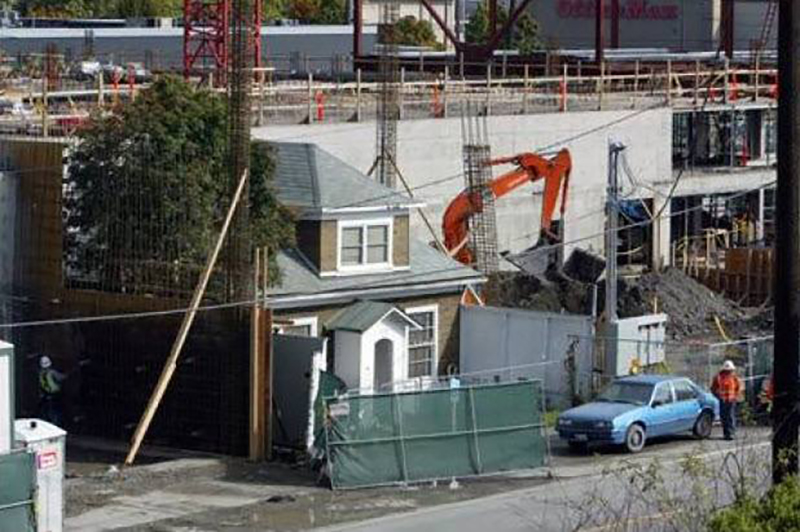 Macefield first bought the property on 46th Avenue in 1952 for $3,750. At the time she lived with her mother while working as a store manager. It was in that home that she lived out the rest of her life, playing golf in her yard, writing short stories and playing the saxophone, among other hobbies. Those who knew her said she only ever displayed a few select photographs in the home, choosing to keep much of her life as nothing more than a memory.  However, if you could get her to talk, she would tell incredibly entertaining stories of her various adventures.

When asked why she turned down the company’s offer she didn’t express dislike for the new construction or even talk about some emotional connection to the property. Instead, she simply told the media, “I don’t want to move. I don’t need the money. Money doesn’t mean anything.” When all was said and don’t, she was simply happy where she was at with no desire for change.

While the movie Up was said to have been developed and in production long before Macefield and her home caught the attention of the media for her radical decision, even Disney couldn’t deny the shocking likeness the home had to the one in the movie. Therefore, as part of the marketing push in 2009 the company paid to have dozens of balloons tied to the top of the home. 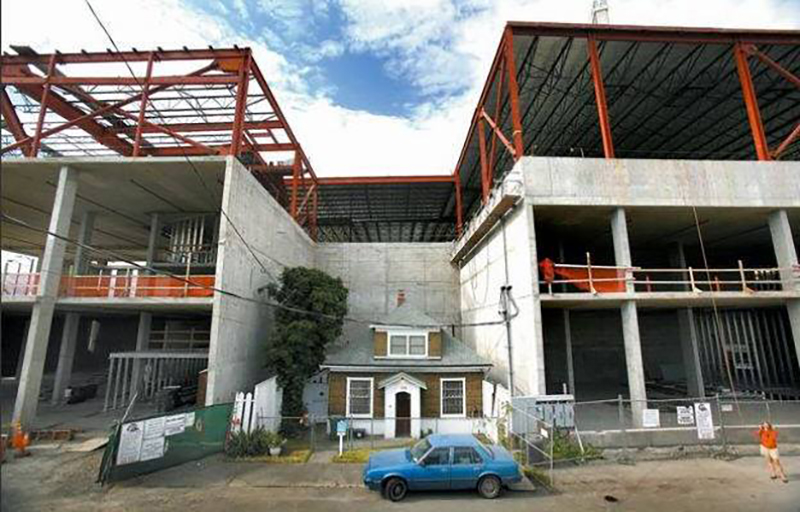 During the construction of the Ballard Blocks, Macefield befriended the project’s foreman Barry Martin, who then took on an important role as she battled pancreatic cancer, driving her back and forth to the hospital for her appointments. When she passed at the age of 87, she willed the home to Martin who then sold the home for $300,000 to a real estate investor. However, after the investor failed to pay back taxes, the home went into foreclosure and in 2015 it was back on the market.

While the local community worried the home would be demolished, a Facebook page dedicated to the home announced that “Regency Centers, the owner of the Ballard Blocks mixed-use development, on Thursday confirmed it will not demolish the late Edith Macefield’s house, news that was first reported by the My Ballard neighborhood blog.” Instead, it is reported that the company is exploring ideas to update the house, with possible uses including a community and event space, a pop-up space for local eateries or even a flower shop.

Image via The Mirror