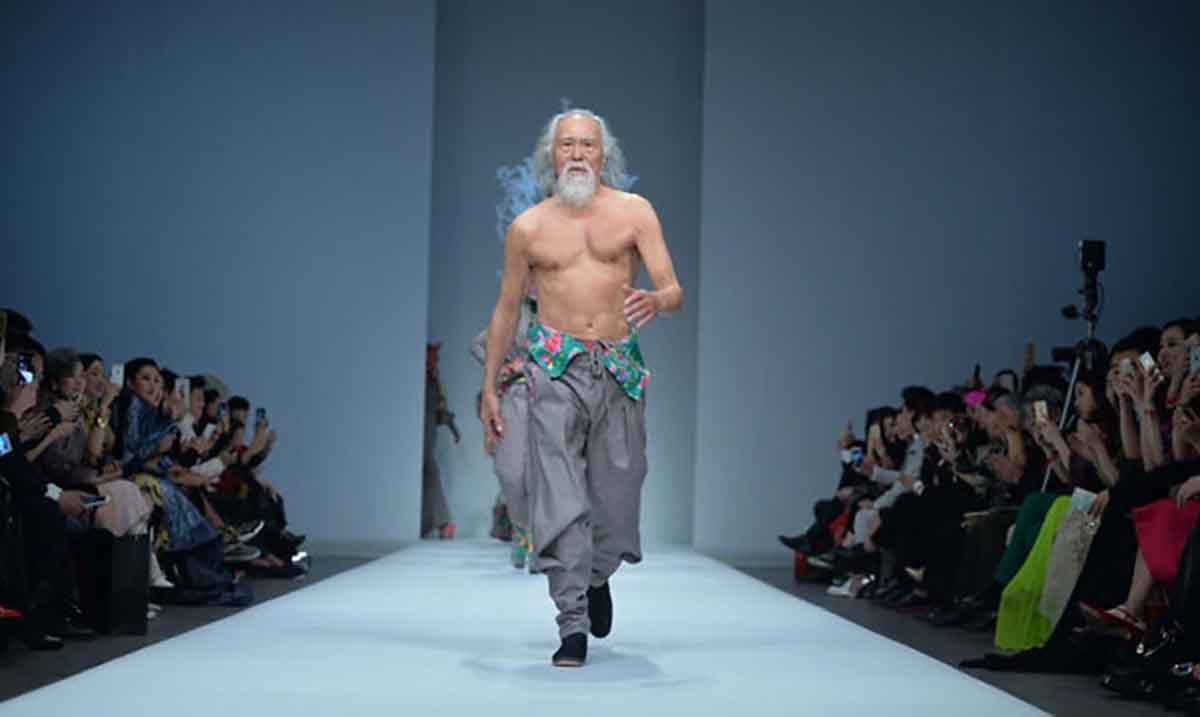 80-Year-Old Grandfather Slays ‘Ageism’ In the Most Epic Way, By Taking to the Runway in China

By Elizabeth DeVille August 21, 2018 No Comments

A shocking 80% of people surveyed over the age of 60 reported having experienced ageism at least once in their lives. This very real form of discrimination is experienced around the world, but 80-year-old Wang Deshun is determined to prove that age is just a number.

The world of high-end fashion is well known for its strict rules and images, an industry that is often seen as incredibly exclusive, accepting of only the most attractive individuals among us. However, Chinese grandfather Wang Deshun made the decision to break the standard fashion stereotype. He made his official debut as a model walking the runway at China Fashion Week, and not only did he do well, he blew the world away!

As news of the 80-year-old fashion model made its way around the globe he quickly earned a nickname that said it all, ‘China’s Hottest Grandpa’. In China, he has become known as ‘Old Fresh Meat’, a play on the popular phrase ‘Little Fresh Meat’ which is often used to describe the attractive young stars on television.

Blowing away the stereotype of the frail elderly man requiring assistance in every area of his life, Wang is fit, muscular, tall and has a fire in his eyes that intrigues everyone who meets him. He is a clear example of what life can look like if we are willing to take the steps necessary to care for our health and well-being. “It’s about your state of mind. It’s not about age. Nature determines age, but you determine your state of mind,” he explained. But don’t be fooled. Wang didn’t maintain his body through good thoughts and well wishes, he works out an average of 3 hours every day.

This wasn’t the first time that Wang Deshun was in the spotlight. In fact, he has worked in radio, film, and theatre, constantly challenging the stereotypes that would otherwise paint him into a rather restrictive box. At the age of 49, he decided he wanted to work as a ‘living sculpture’, at which time he began to focus considerably on the state of his body. However, in 1993, after his first show in Beijing, he was barred from performing in public. The authorities stated that his performances were too sensual to continue.

This wasn’t going to stop Mr. Wang from chasing his dream. Instead, in 2017 he walked the runway in Beijing’s 798 arts district. Designer Hu Sheguang was first introduced to the artist by a random chain of events. Preparing for the show, he was consulting with the DJ, a woman named QQ. When QQ took a phone call from her father, that’s when Hu saw it – a photo of her father, Wang Deshun, on her phone, and he knew instantly that he was a perfect fit for his show. The rest, they say, is history. The show was incredible, and Wang went viral.

When asked about how he maintained such great health over the years, he told the New York Times: “Being mentally healthy means you know what you’re going to do. For example, a vegetable vendor, when he wakes up, he has a goal, he works hard. And when he finishes, he feels fulfilled.” For Wang, this goal revolves around acting, modeling and other art forms, and we wouldn’t have it any other way! 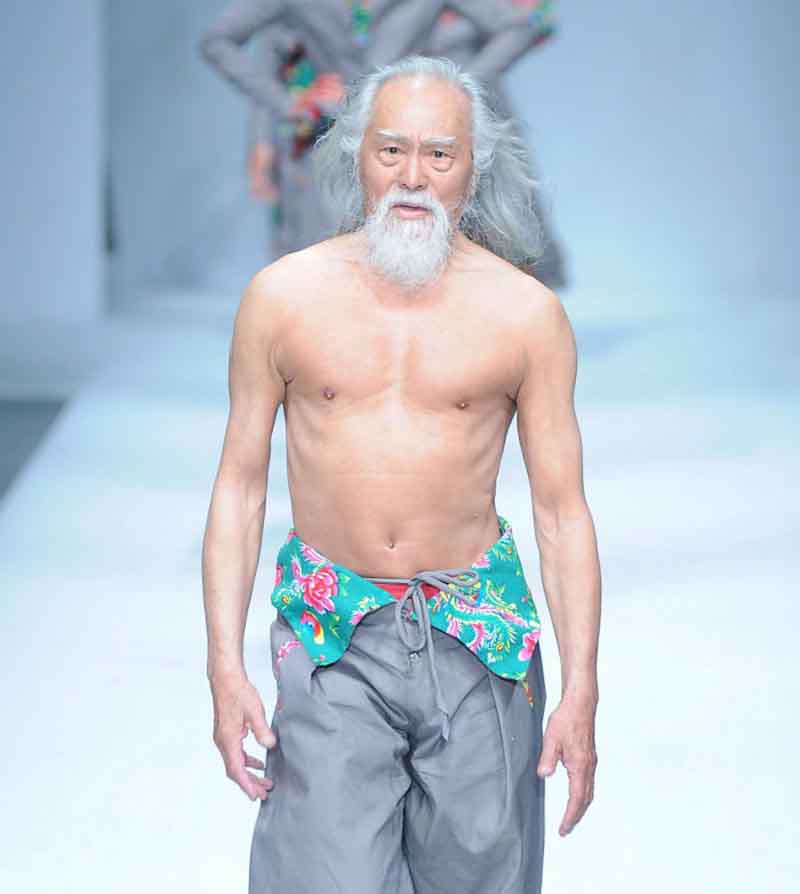 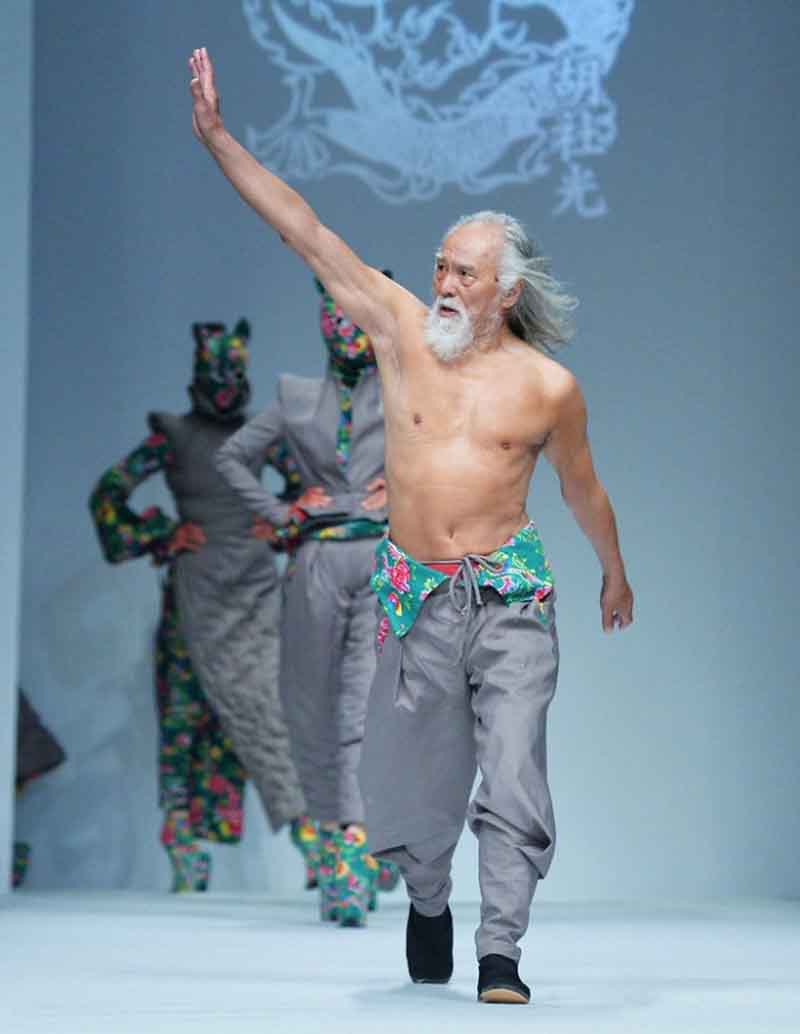 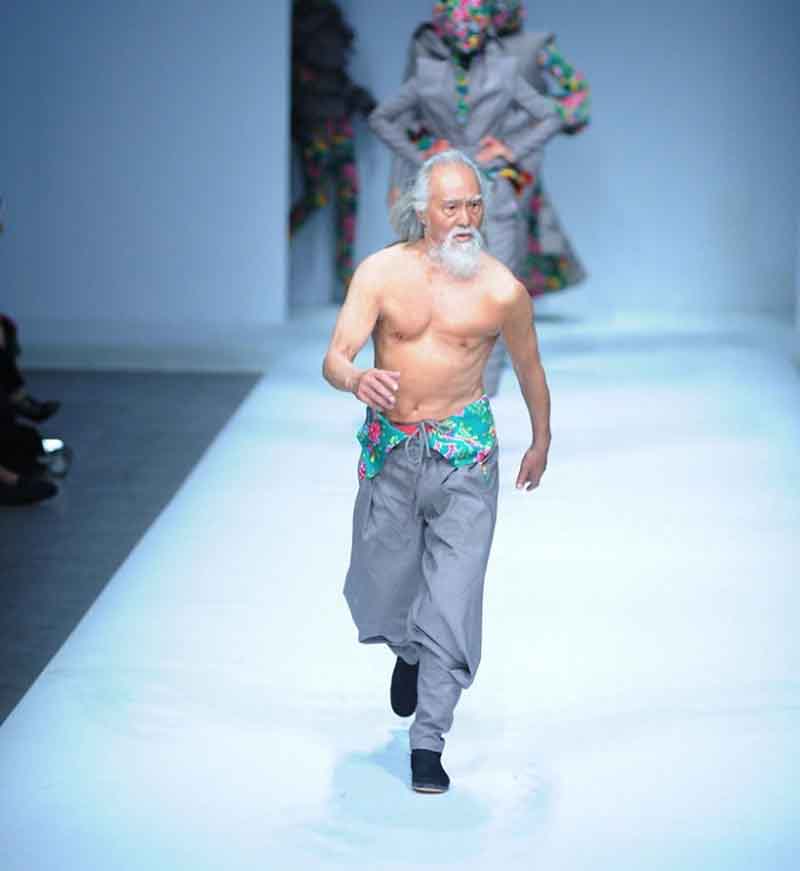 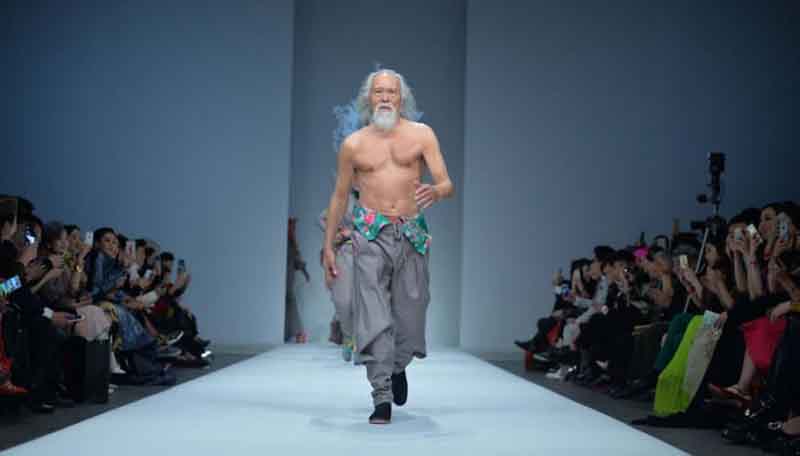 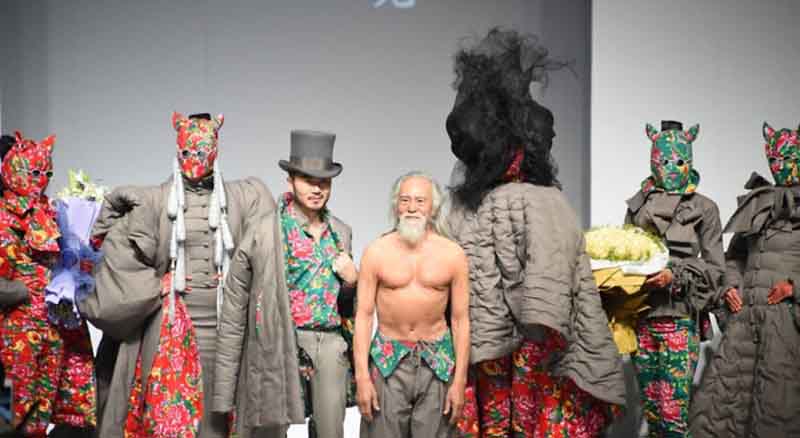 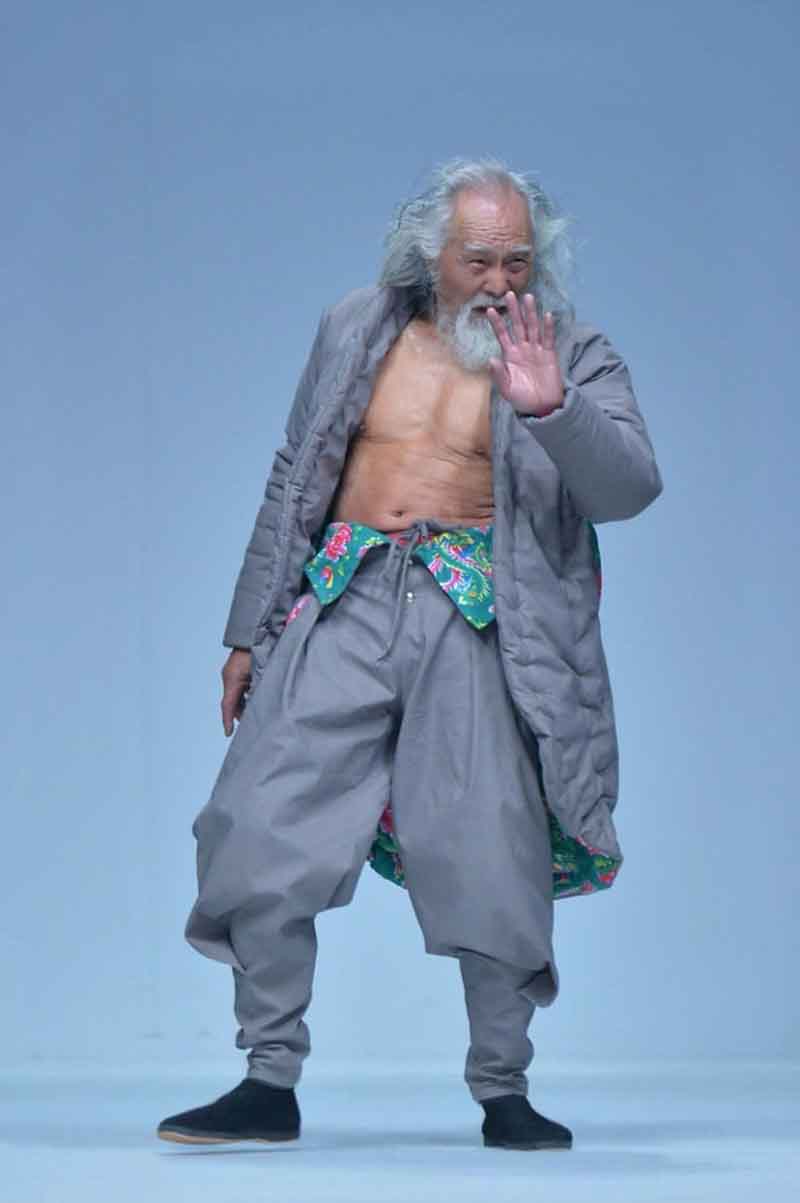