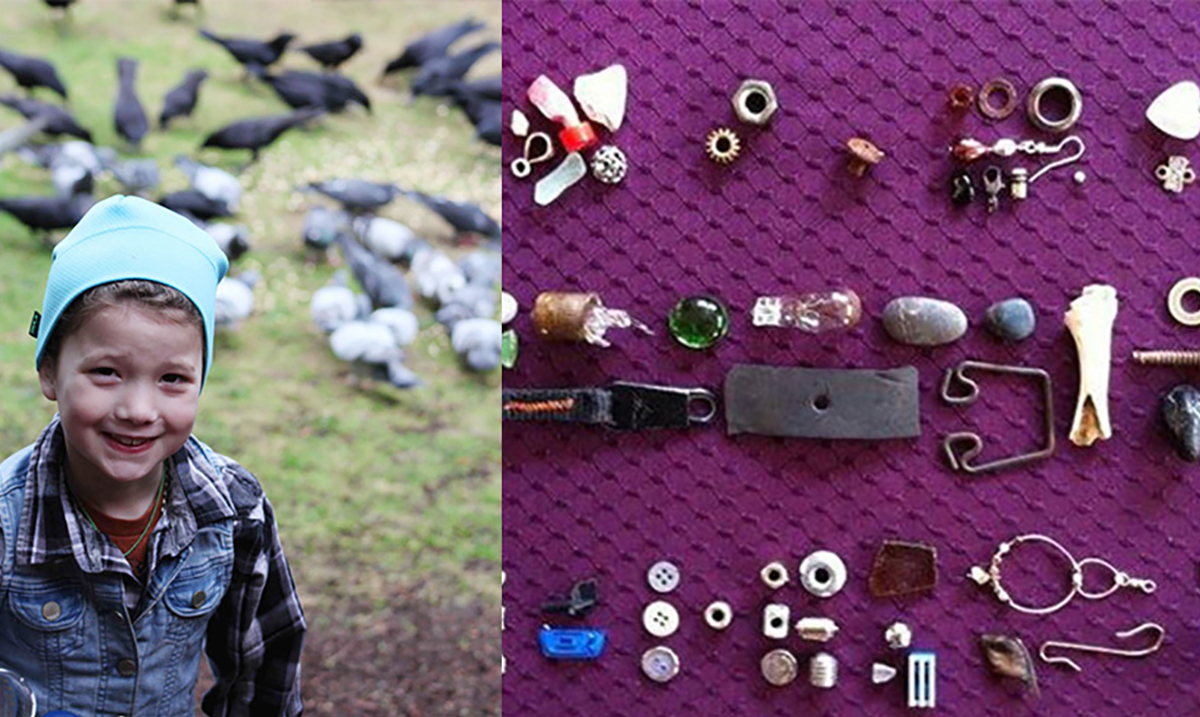 By Elizabeth DeVille December 3, 2018 No Comments

As a young child, many of us watched the Disney classics, where princesses befriend the animals and birds who, in turn, make magical things happen for them. For one young girl, this is anything but a fairy-tale as her own feathered friends bring her gifts for over 4 years.

It all began when Gabi Mann was only 4 years old. Like most children, she wasn’t exactly the neatest and cleanest of eaters. In fact, she was quite prone to dropping bits and pieces of whatever she was eating anywhere that she went, leaving a trail of crumbs behind her. This is how she attracted the attention of the neighborhood crows.

Following along behind her, they came to realize that they could count on her unintentional offerings. In time, Gabi began to befriend the birds, actively sharing her school lunch with them on the way to the bus stop. Her mother told BBC that she was aware that much of the food she was packing was given to the many birds that lined up to wait for Gabi’s appearance at the bus stop, but she didn’t mind. She even began to notice the birds more herself. “I like that they love the animals and are willing to share,” she said. “It was a kind of transformation. I never thought about birds.”

As the friendship between Gabi an the grows began to crow, she went to further lengths to keep them happy. The family erected a backyard birdbath, which Gabi would keep filled with fresh water, and bird feeders were put out offering peanuts. She would even throw dog food out into the grass when she was spending time outside. 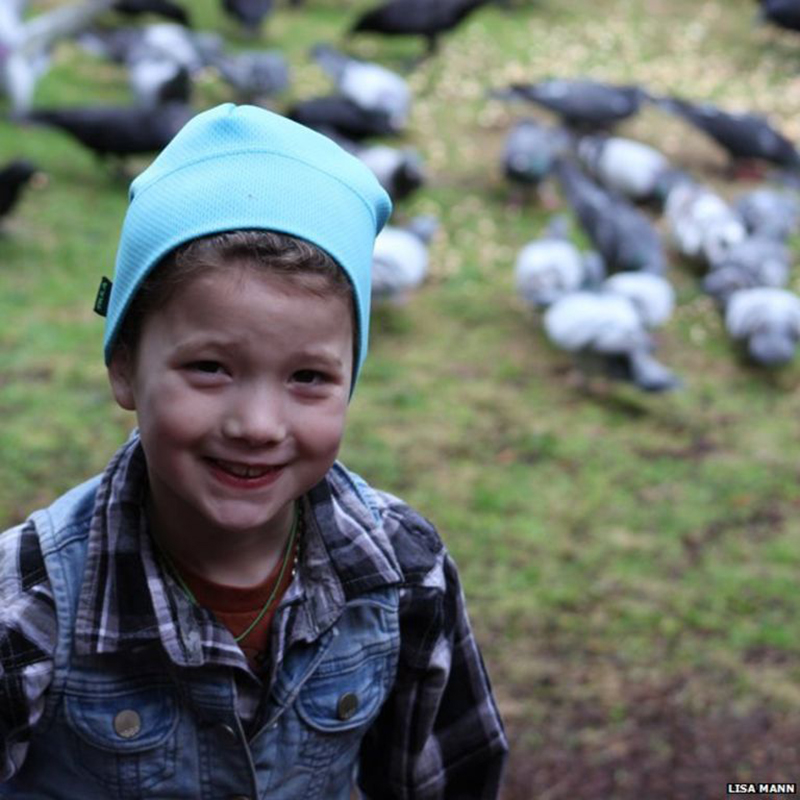 It wasn’t long before the gifts began to appear. After finishing off the food left in their shallow feeders, they would replace them with little trinkets for the girl including earrings, polished rocks, a piece of lego, beads, and more. Gabi instantly recognized that these little items were a sign of friendship, carefully cataloging and storing the items so that she could reflect upon them at any time.

Now, if you are reading this and shaking your head saying that there is no actual connection, the experts believe otherwise. John Marzluff, professor of wildlife science at the University of Washington specializes in birds. He has a particularly high interest in the behaviors of crows and ravens. After hearing about Gabi’s story, he explained, “I can’t say they always will [give presents] but I have seen an awful lot of things crows have brought people. There’s definitely a two-way communication going on there. They understand each other’s signals.”

Even the National Audubon Society voiced their support of the heartwarming story, stating: “Crows are amazingly smart, social and playful, and they’re one of the few bird species that’s been documented to have individual human facial recognition. So, with all of these factors combined, it’s easy to see why they would develop a very interactive and social relationship with this family.”

While there is no denying that the story is absolutely adorable, not everyone is a fan. A large number of crows that are now drawn to the feeders all around the Mann property. As a result, neighbors have filed a $200,000 lawsuit accusing Gabi’s parents of running a large-scale feeding operation on their property. The lawsuit states, “Large numbers of birds swarm the feeding operation daily, leaving behind dirt, feathers, peanut particles and shells, feces and urine on the surrounding properties.”

While the neighbors are looking for something to change, they aren’t looking to take the girl’s friends away from her entirely. Instead, they are asking that they family limit the food provided in the feeding stations in order to cut down on the number of birds, as well as the compensation for the damages they believe are a result of the birds including that done to the gutters and drainpipes of surrounding homes.

Here are some photos from the BBC, showing Gabi’s prized possessions, her gifts from the birds: 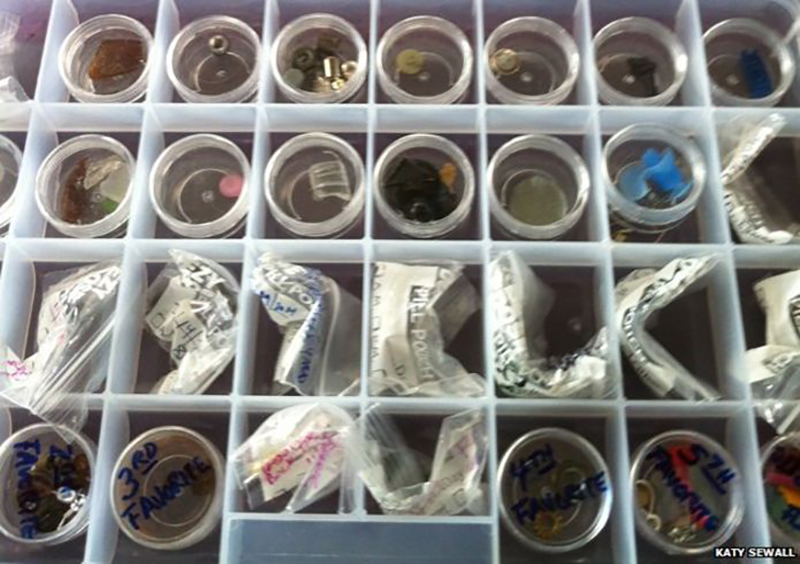 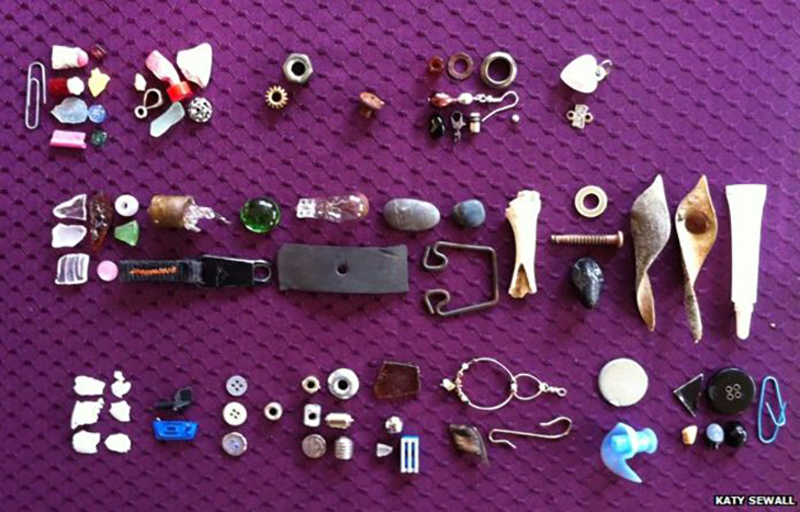